Spent almost 2 months in Darwin! Far longer than we anticipated. Our plan was to stay here 4-6 weeks to make some money and to get into the right season in Asia. We both got a job at Mark's old workplace Gate Gourmet and we rented a room from an old friend so we had a bit of a base again. This was handy as we had lots of things to organise incl. shipping, flights, Carnet and motorcycle maintenance. The maintenance part was made easy with the help of our good mate Stu.When we arrived in Darwin we still thought we would ship to Singapore. However this plan was quickly abandoned after finding out the costs involved in getting the bikes out on the other side. Next we considered Port Klang in Malaysia but after speaking to a fellow bike rider who had travelled from East Timor to Malaysia we decided to instead ship the bikes to Dili and fly there ourselves. This will mean we get to see all of Indonesia which we otherwise would have missed out on.
With that decided it was time to get our Carnets (passport for the bikes) sorted. When we went to pick them up from AANT they told us to sign the document in the wrong spot which led to the document being invalid and the Carnet having to be re-issued! We then found out that the lady who had printed the Carnet in Canberra was now on holiday and the person in Perth who originally did the paper work had died a few days prior! At this point we started getting a bit stressed. If we didn't get our Carnets in time we wouldn't be able to leave the country. Somehow though it all came together and we had our new Carnet just a few days later and in time for our ship as it had been put back again, for the 4th time!
We enjoyed our time in Darwin and the money we earnt here paid for everything we needed to do from the prep of the bikes to shipping and flights. Being back after almost 8 years away where we originally met brought back a lot of great memories from enjoying the sunset down at the Mindil Beach markets to swimming at Berry Springs. Not much has changed here except for the cost of living. A place where we would still like to come back to visit again. 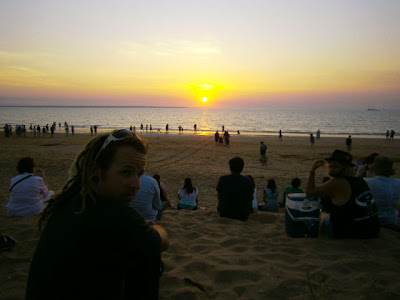 Our house in Darwin 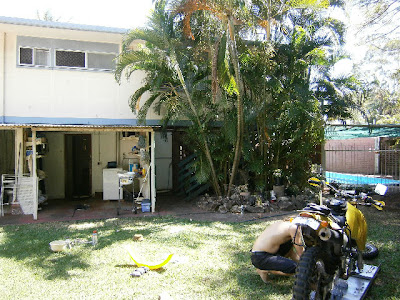 Stu and Little One (the dog) working on the bikes 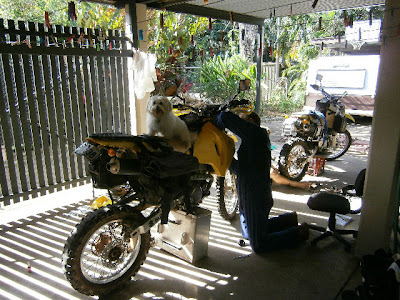 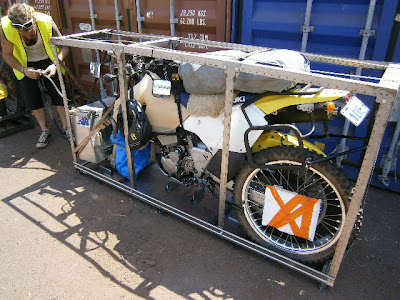 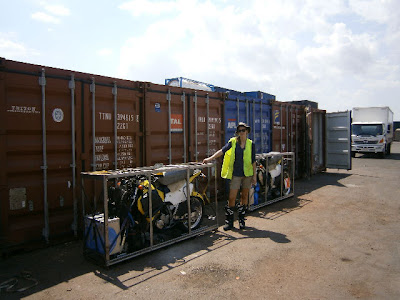 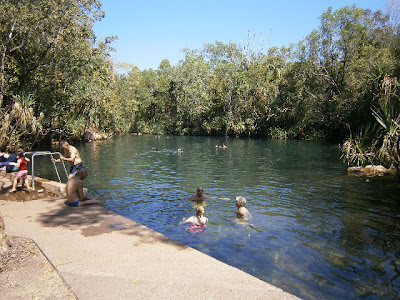 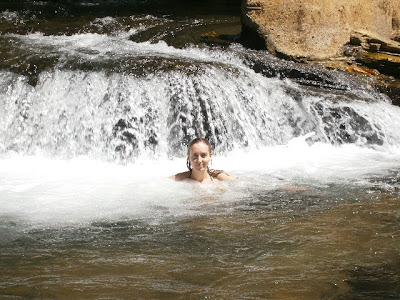 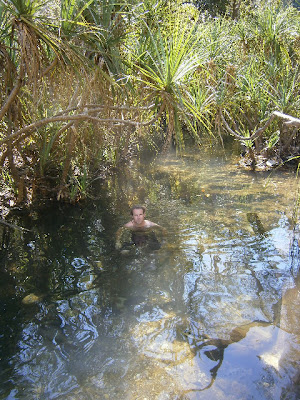 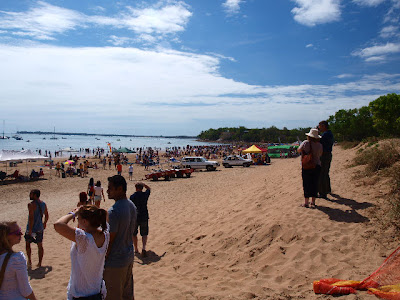 One of the boats 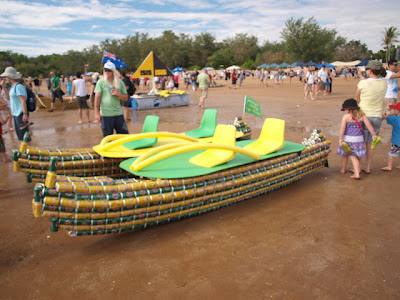 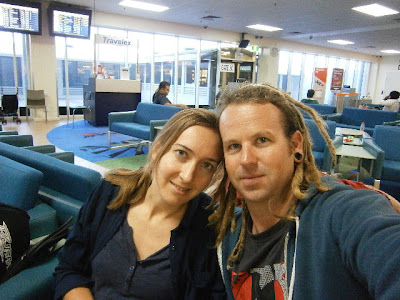 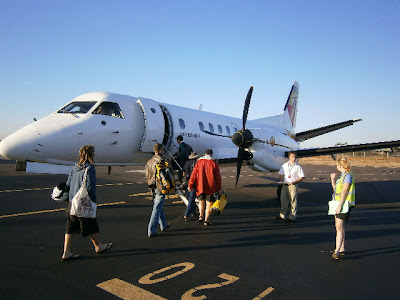