Manali we absolutely loved. We stayed just outside in a little village called Vashist. There were a few travelers around but not too many so it was quite peaceful. This is where the famous Manali-Leh road starts but unfortunately for us it doesn't open until June-July. They have had so much snow there this year and farmers have lost about 70% of their crops and it still was snowing while we were there making it really cold! The views of the snow-capped mountains made up for it though. The air was crisp and clean and it was just what we needed. We had hoped to do the Rohtang Pass just north of Manali which is just under 4000m but because of the long winter it still wasn't open. You can go up so far which we did one day, just hoping to ride in amongst the snow. We weren't the only ones with that idea, the road up the mountain was packed with cars  carrying Indian tourists all geared up in their snowsuits and pimp fur coats! It seemed that when there were no other places to park on the side of the road people would just park smack bang in the middle of the road, take their keys and go for a walk to the snow. As you can imagine this caused a huge traffic jam of tooting cars with people trying to go up and people trying to come down. We managed to squeeze through eventually but not without having to maneuver the bikes down into a muddy ditch and up over some rocks, then we had to avoid hitting the hundreds upon hundreds of ponies taking up the road carrying tourists around.
But we eventually got up to the snow line...only to get stopped by officials. They didn't want to allow us to go any further, too dangerous apparently and if anything happened to us it would be their responsibility. Only tourist taxis, quads, ponies and people on foot were allowed. Mark who wanted to actually ride in the snow was not having any of this! He had a long discussion with the officials and with a little help from some Indian tourists persuaded them to call their boss back in Manali. Well, sometimes it pays off to be persistent - we got given the green light to continue, but just for 2 km's. We thanked them and we were off. The 2 km mark came and went without anyone stopping us so we just continued riding! After 10 km's we stopped. Here was what we had hoped for: snow all around us and big mountains - we were officially in the Himalayas.


View from our hotel in Vashist 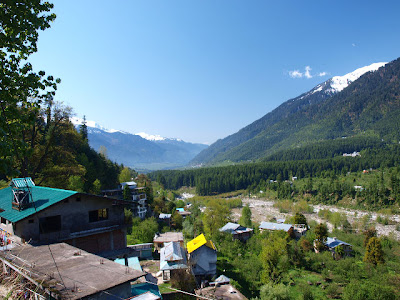 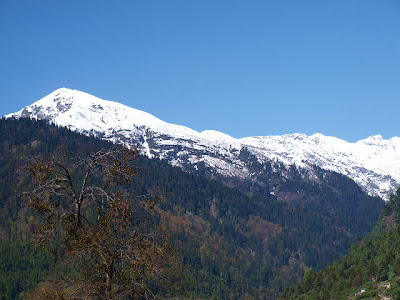 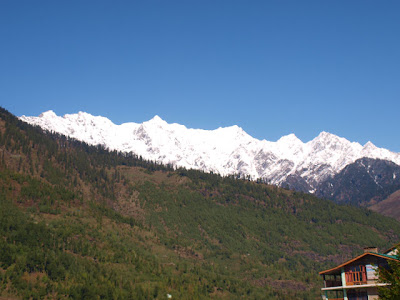 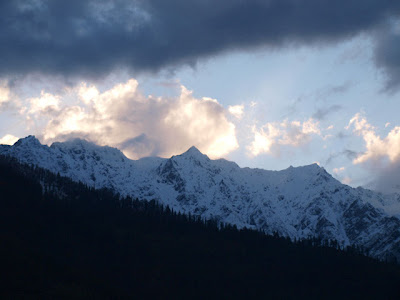 Traffic jam and one hottie in a snowsuit 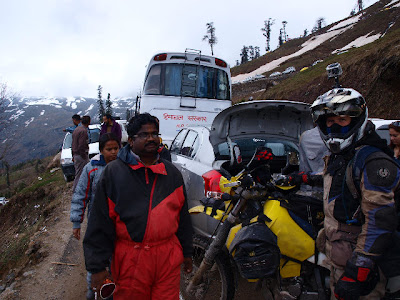 We weren't the only ones wanting a bit of snow action 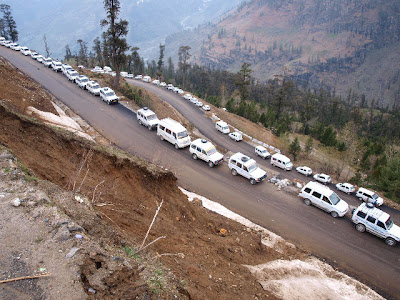 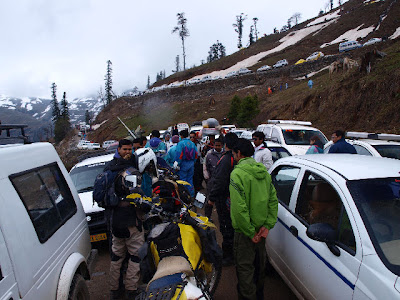 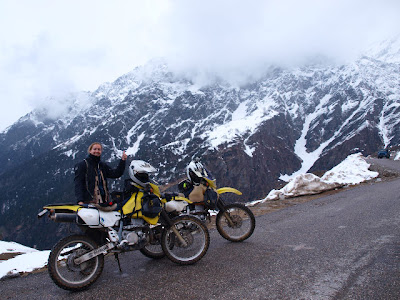 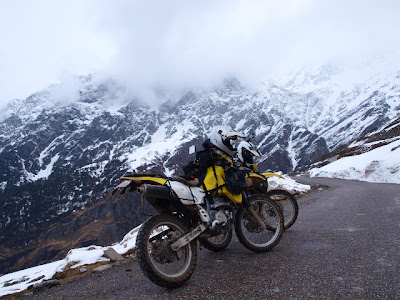 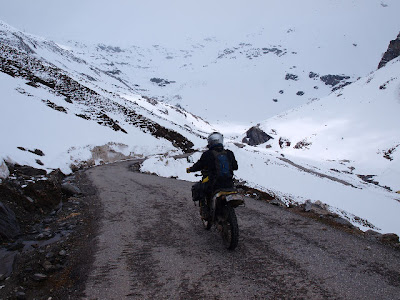 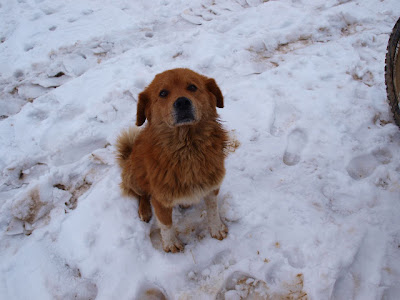 Mark did get to ride in the snow - for about 3 metres. Then he got bogged 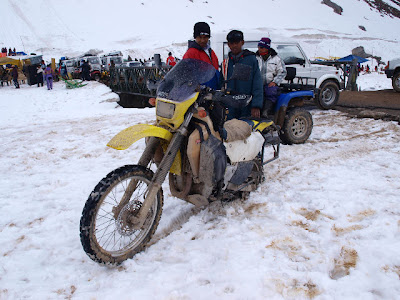 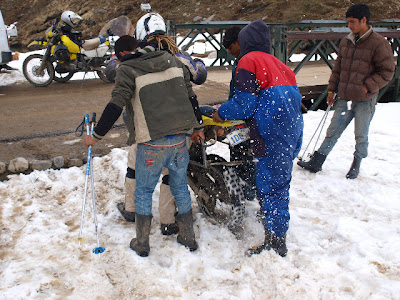 Me and a giant snow wall 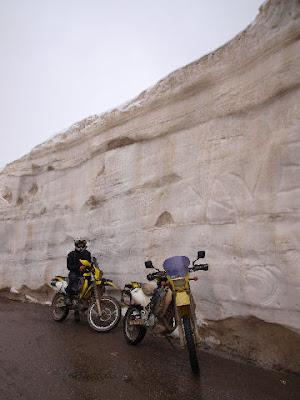 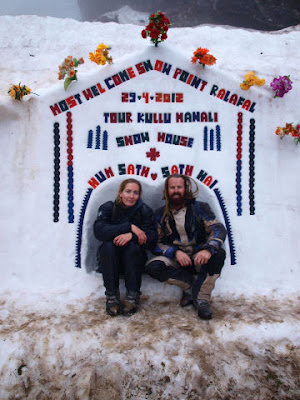 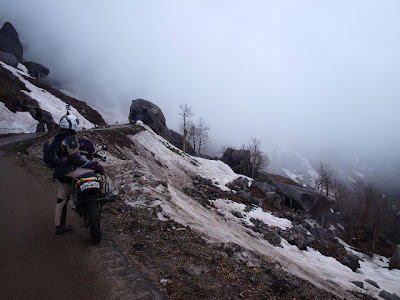 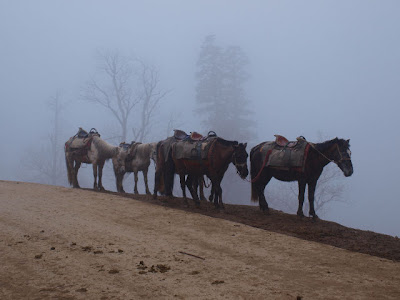 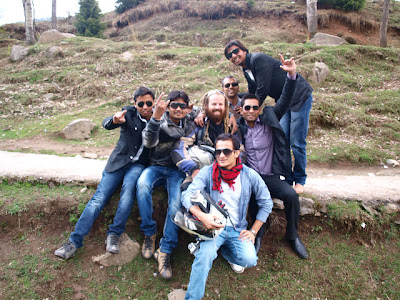 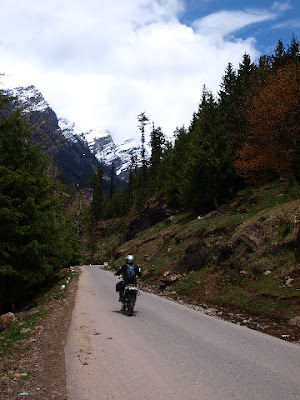 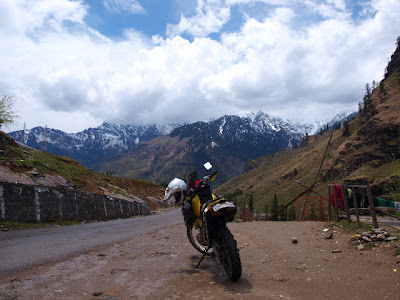 I have a healthy respect for the horns on that yak, hence the distance 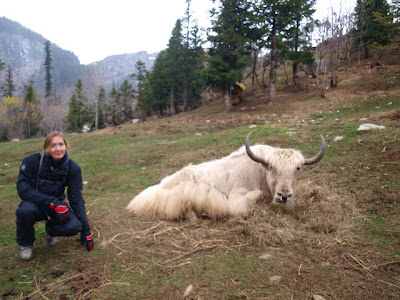 Bunnies are a lot less scary! 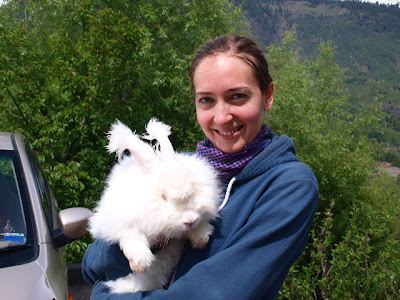 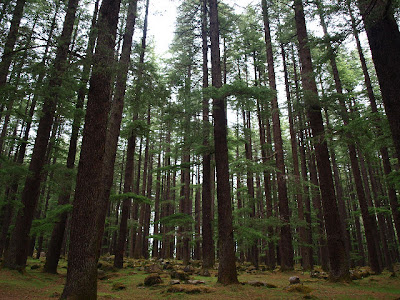 The good man who served us tea and parantha every morning 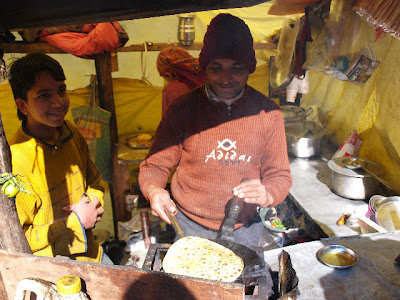