Arriving in Samsun on the Black Sea Coast was the first time we had seen the sea in over 4 months and it was a great sight to see and smell. After 4 countries of heat, dust, desert and mountains it had been way too long to be away from the water and a swim was going to be on the cards for sure. Samsun city was a busy little place and our main aim here was to just find an internet cafe to do some research on places to stay in Istanbul and also mechanics that could have a look at our bikes, with a few on-going problems we really wanted them back in good shape. With a beautiful coastline ahead of us we hit the road west towards Istanbul and looked for a place to camp the night. With a very steep mountain range and cliffs leading down to most of the coastline it made it quite hard for us to find places to camp by the sea. Our only real chance of doing this was to stay at a campground with all the facilities but at 20TL per head we decided to give it a miss, instead we would put up with each others growing smells a little longer and turned inland to find a nice quiet spot in the forest. In no time we found a great little spot and were certain not to get any visitors this time round. For a change we were right and had a peaceful night's sleep and being in amongst the forest gave us the chance for a little sleep in as it was not so hot or bright inside the tent. We then made our way back toward the coastline climbing and dropping twisting and turning back down to the ocean level many times over the next few days following the coastline. The best thing about the northern coastline is that it is not very busy here compared to the southern coast of Turkey. As we would cruise through small villages we would get many a smile and waves from the locals and had now left the rock throwing kids behind thankfully, I didn't really feel like smashing anymore windows to teach them a lesson! At one very small village we stopped to stock up on our daily feed of fresh bread and veg when a local chap invited us for chai. Before we could even get out our phrasebook to try and have a chat with him he had downed his scolding hot tea, left money for to pay for them all and was off, his friends all piled into a car awaiting for him so they could leave. Shortly afterwards a couple of young guys were milling around and quite shy finally approached us and placed a small note on our table reading: "Can i ask question? Which country did you come?" With a quick reply to them they seemed to be satisfied and slowly moved on. It is always funny the daily interactions with locals and struggling our way through a brief conversation but that is what makes most days. They are the friendliest people here and not once have we been made to feel unwelcome. We did finally get to manage a couple of nights down by the ocean and the first of the 2 we were positive that we would have no visitors. After setting up camp we headed down to a private rocky little beach to wash away the past 5 days of dirt and grime. My body was in much need of it by now, thankfully the temperature has not been too hot here or otherwise i think Sanne would be asking me to sleep outside. So we jumped in for a very refreshing swim and enjoyed our privacy while having a skinny dip. Just on sunset we found we were no longer alone as a German cyclist was down by our camp after seeing the clearing from a hill top from the opposite direction we had come, he hadn't seen our tent however and was as shocked as us when he saw us. Just happy he did't show up any earlier. He set up camp a little further away from us and returned to trade stories of what we were doing and where we were going. I can't believe the amount of German cyclists we have met along the road so far and the following day we passed 5 more. The following day we finally got to camp down on the beach and enjoy a much needed cold beer and an even colder swim, just a 200km ride west and the water temp was a hell of a lot colder and I could feel the coldness in ways I wish I didnt have too. Luckily enough the sun was shining and lying down on the sand and slowly I got back my senses and blood seemed to be pumping through the body and make everything feel normal again. We were not the only people with the idea of camping down on the beach so we happily had no choice but to share it with the local tourists. Sadly though this was going to be our last day by the Black Sea as we had arranged along the way a couch to stay on in Istanbul the following day with a fellow biker who knew a mechanic we could go and see. Not really knowing anything of the Black Sea it was a great surprise as to how beautiful the coastline is here and very glad that we decided to travel in this direction.


Sanne having a little sleep in 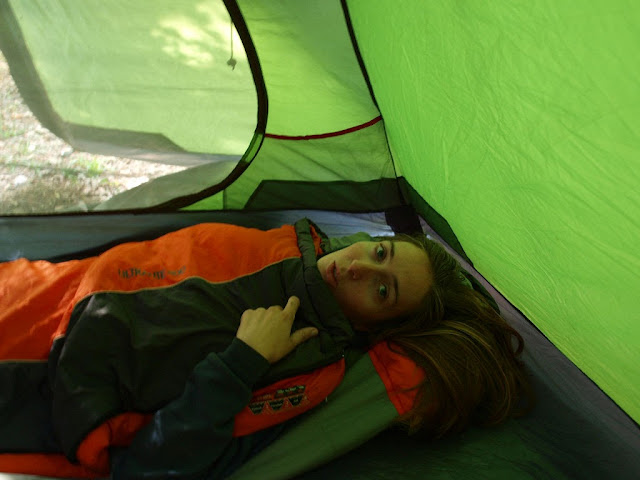 A great camp spot in the forest 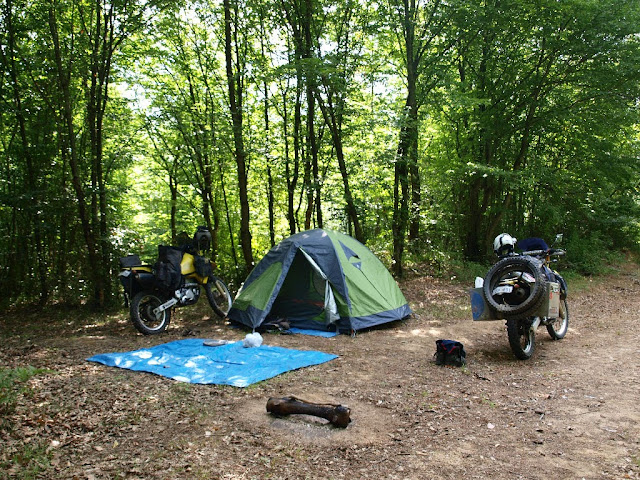 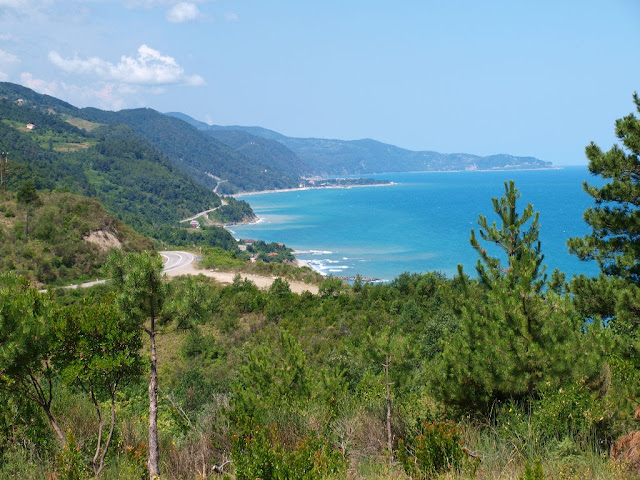 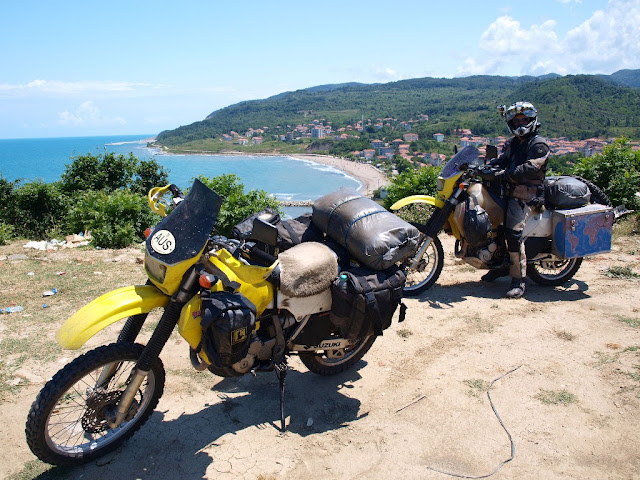 Our own little beach... 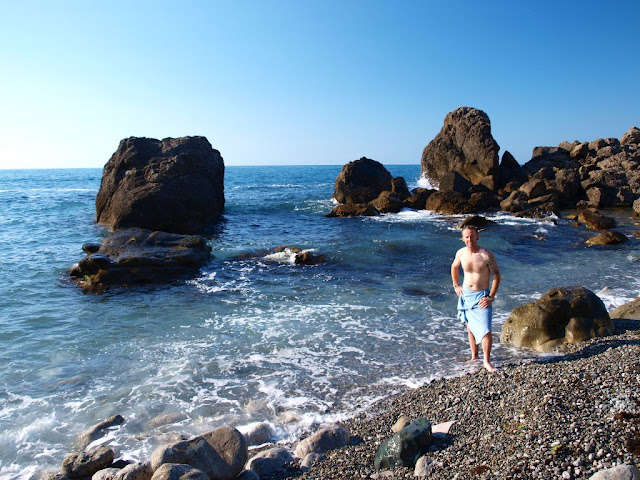 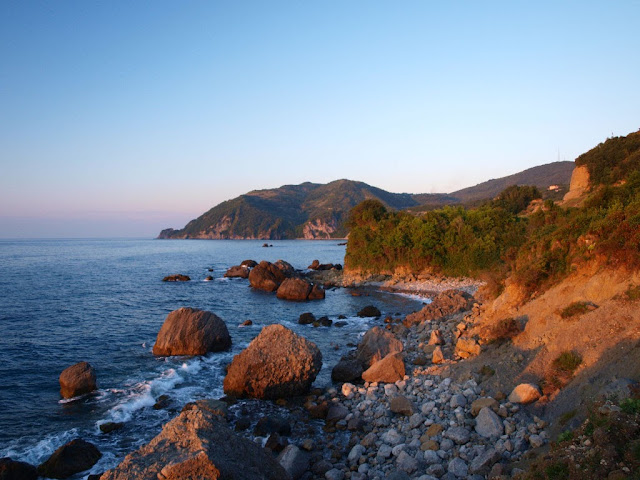 ...that was until this guy showed up! 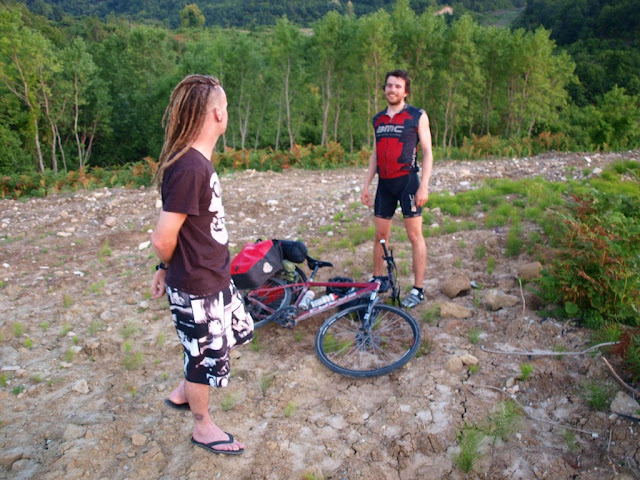 Still, was a nice campspot 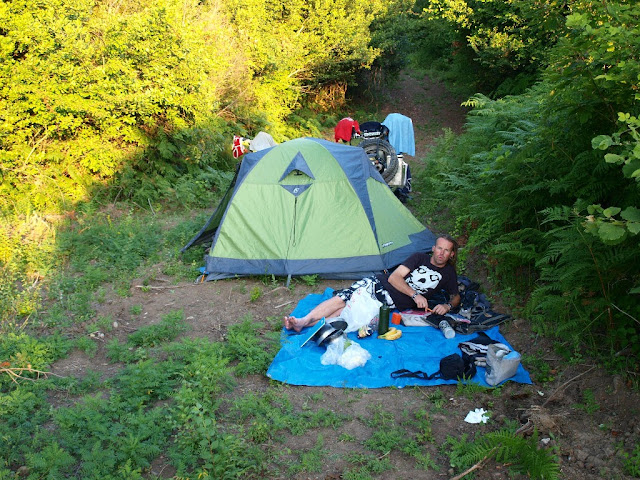 Stopping by another beach for a spot of lunch 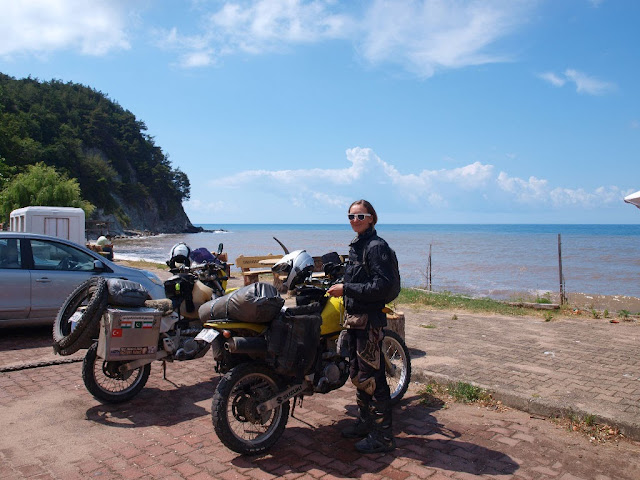 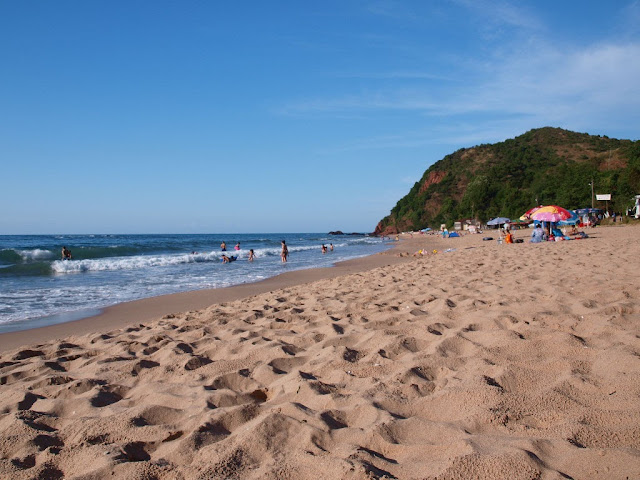 Time for a dip 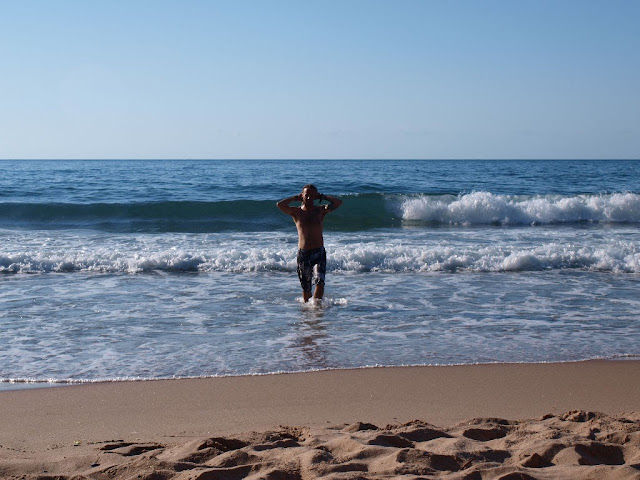 And finally got to camp on the beach 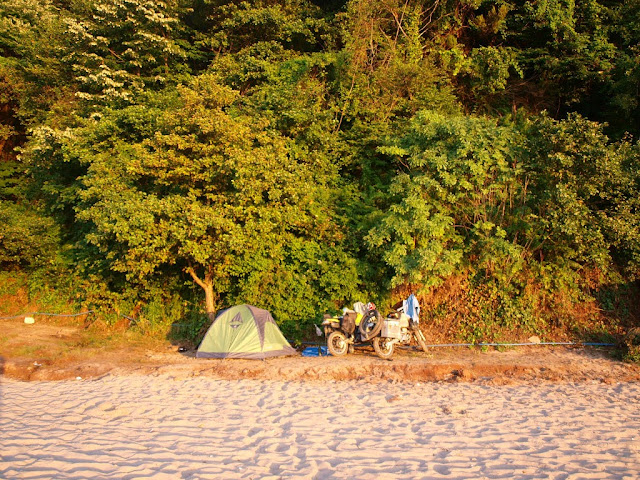 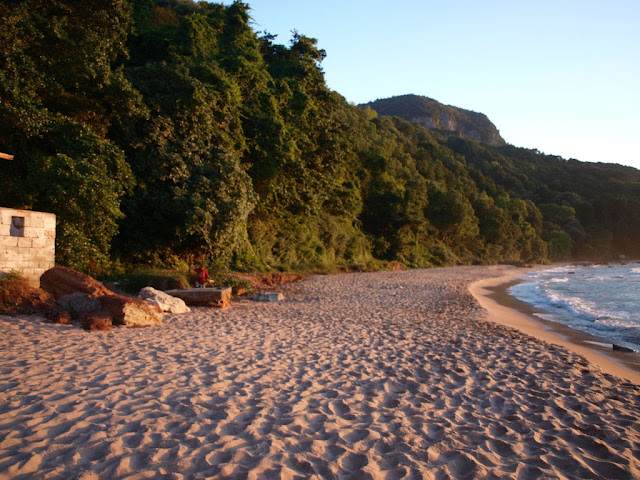 Collecting some firewood for a fire 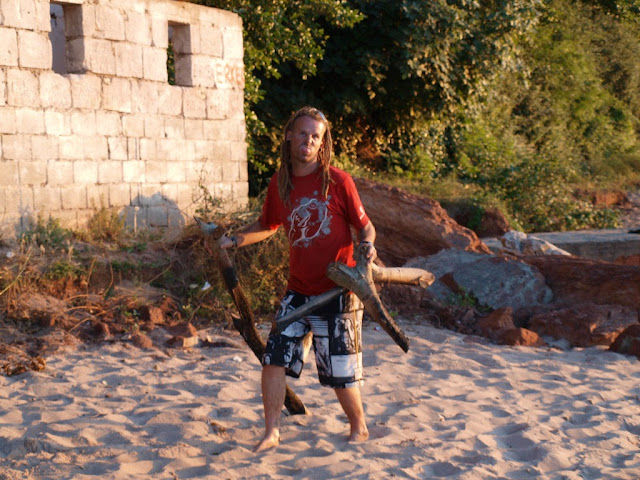 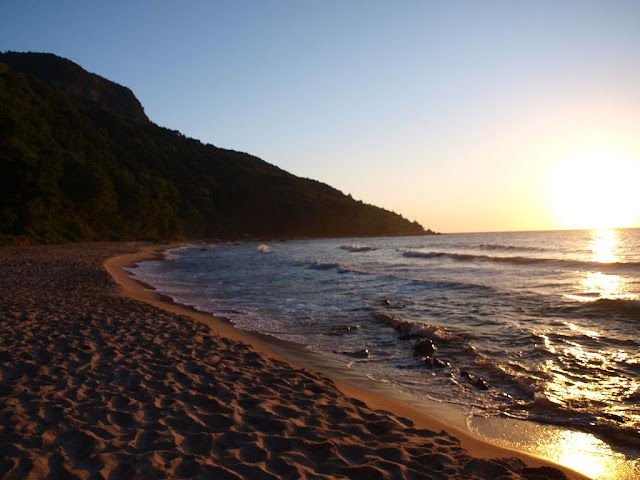 A lovely little town with a beautiful bit of coastline 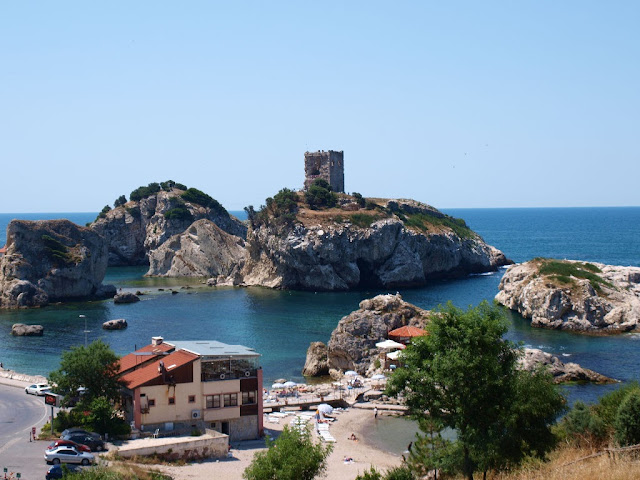