We made it a whole 100 kms down the road after leaving Francis before Mark's bike decided to start backfiring with flames coming out of the exhaust and then come to a stop on the highway just outside Albertville. Great! What to do now??? The bike would not start again so we pushed it off the highway. We had spotted a Yamaha dealership from the highway so Mark jumped on my bike to go see if they were open while I stayed back with his bike. He returned five minutes later with the good news that they were open but then came the funny part - I would have to tow him and his bike there! We had always known this could happen one day but had never actually practiced towing each other. We hooked the tie-downs onto Mark's footpeg and then attached it to my back rack and slowly and (un)steadily set off for the bike shop. I only went quite slow like 30 km's an hour and it was ok as long as I was keeping a steady speed but as soon as I would slow down or stop and then set off again I would feel this massive pull on my bike which almost knocked me and my bike over, but I managed to keep it upright until we got to the workshop. The mechanics there had a look at the bike and did some tests and immediately diagnosed it to be the stator coil. As they didn't have any Suzuki coils in stock they referred us to the Suzuki shop down the road. Mark went down there but he came back 10 mins later unsuccessful as the people there didn't speak a word of English and didn't have a mechanic there. He went to a third shop which did have a mechanic but didn't have the part and it was too far to tow the bike down there so we were left with one solution, which we really didn't want to have to do - to call up Francis and kindly ask him if we could come back and stay with him (having already stayed there a week) and to find a way to get the bike back to Bernin. We called Francis and although I think he was surprised to hear from us he said that of course we could come back. Great. Now we just had to rent a van. Well, this proved a little difficult as it was Saturday afternoon and all the rental places were closed. Hmm... what to do now? We asked the manager of the Yamaha shop if we could leave the bike there and pick it up the following day. Well, the following day was Sunday and they were closed, ok, Monday then? No, also closed! We wouldn't be able to pick the bike up until Tuesday! But as it stood we had no choice as the bike was going nowhere. Mark took a few belongings out of his panniers and we then both rode back to Bernin on my bike (note: there's a reason it's not designed for two-up - it's severely uncomfortable!)

On Tuesday morning we set off for Albertville in our rented van and picked up Mark's bike. Back in the garage in Grenoble we tried to diagnose the problem. We took the stator coil out of my bike and put it into Mark's and it started up straight away which told us that we needed to buy a new stator coil for Mark's bike. We contacted the local Suzuki shop and were told that a new one would cost us 350euros! We then looked online and found one for 150euros on a website called wemoto which meant a saving of 200euros! We ordered the one online and waited for it to arrive in the mail... It only took two days to arrive with courier and we set to work again. As we put it into Mark's bike it started and then died. This happened two or three more times and then just wouldn't start at all! We then took my stator coil and put it into Mark's bike just like we had done a few days prior...and nothing. It still wouldn't start! WTF??? We just couldn't figure out what was wrong. All these bike mechanical issues were starting to get a little bit annoying by now.
Out of any good ideas but having to try something to get it running somehow we changed the spark plug and the ignition coil. And guess what - it fired into life! We had no idea what was going on and we were a little hesitant to be jubilant about it in case something would happen again and we would be back to square zero. My bike then got the new stator coil and it worked perfectly! Well, we were just more confused than ever but hey, both bikes were running and hopefully they would keep running!

We went for a lovely ride with Francis the last night before we left; he took us around the mountains and up to the Chartreuse monastery where the monks live in complete silence but where they also brew the famous Chartreuse liqueur. We tried some at Francis' place and it's pretty strong so perhaps the monks are just in a constant state of hangover who knows...

We left Francis the next day for the second time hoping it would be the last!


At Yamaha in Albertville 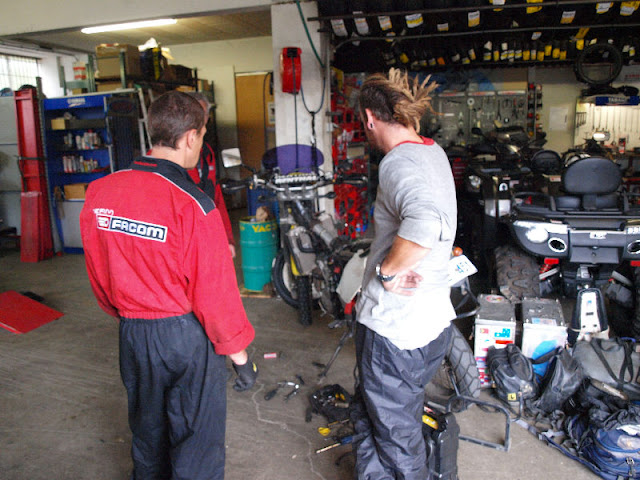 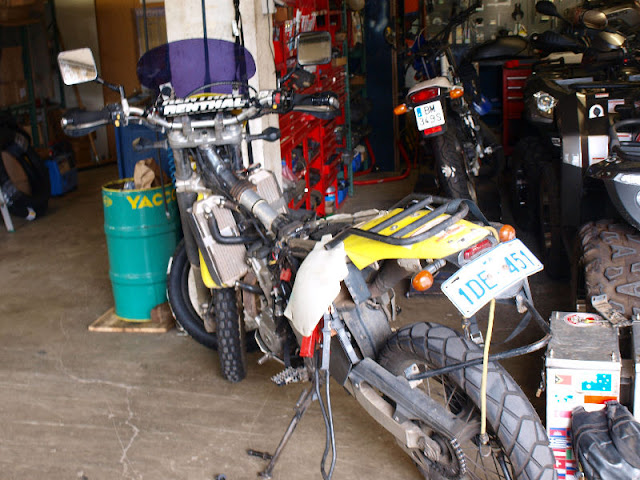 Sad sight: Mark's beloved in the back of a van 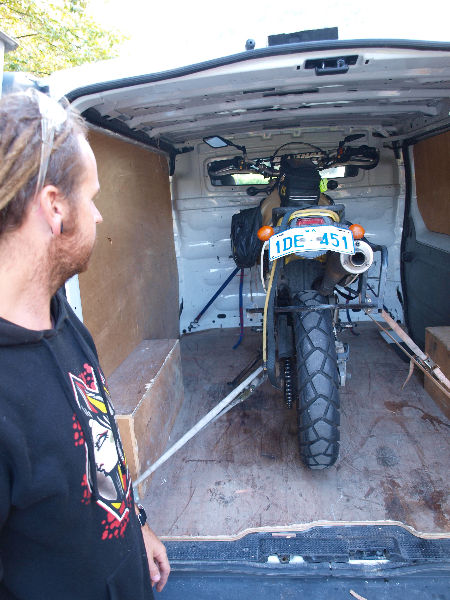 One thing the French do well is pastries! 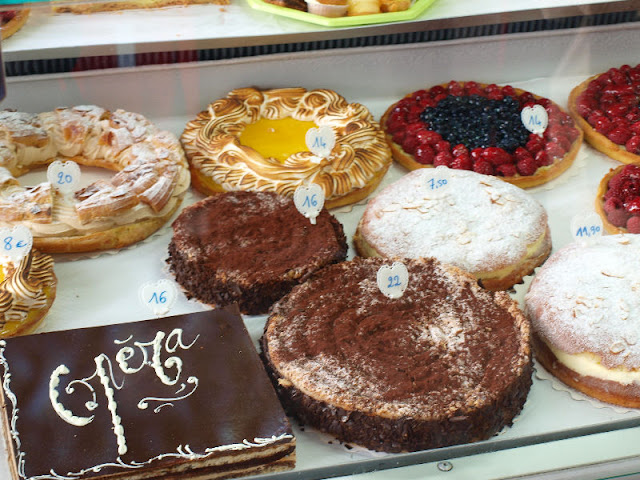 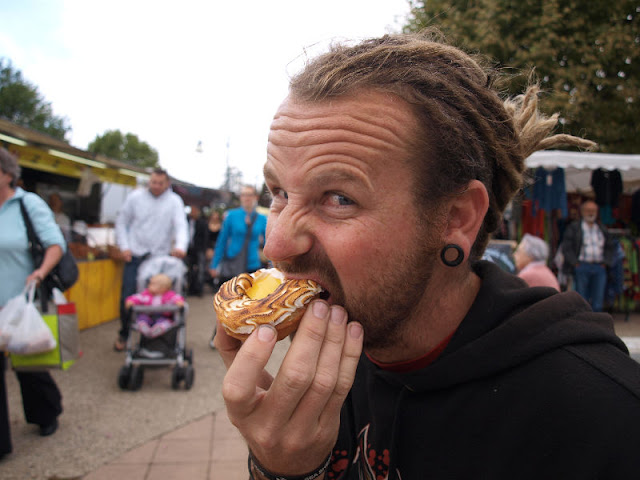 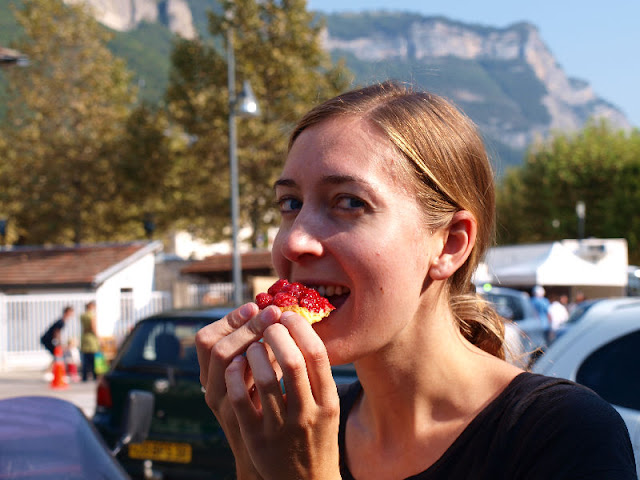 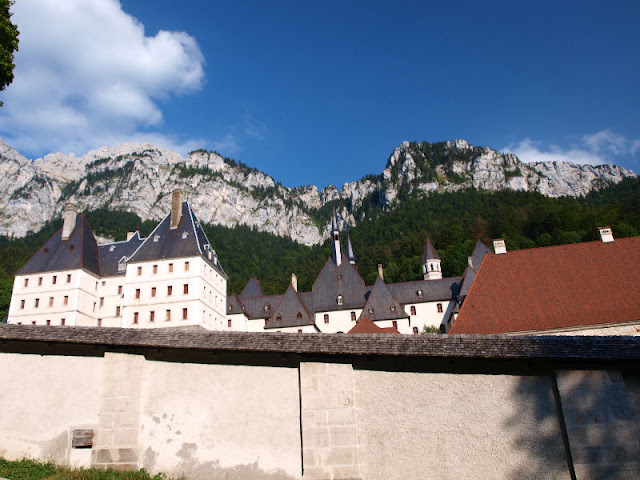 Some of the nice scenery that surrounded us 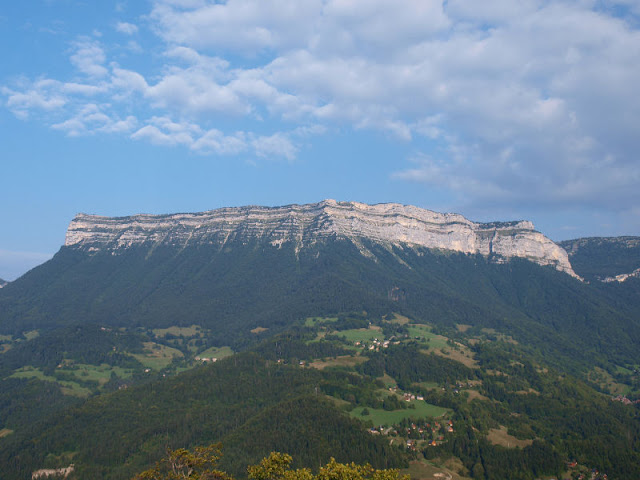 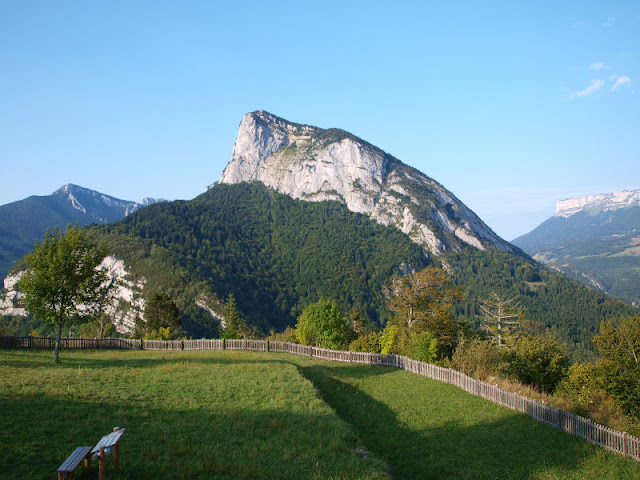 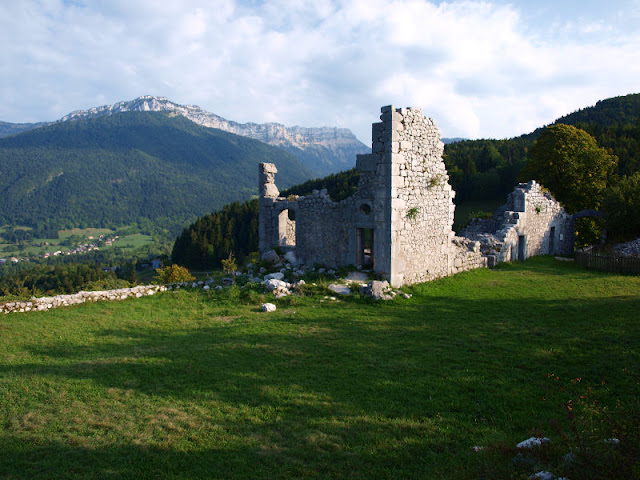 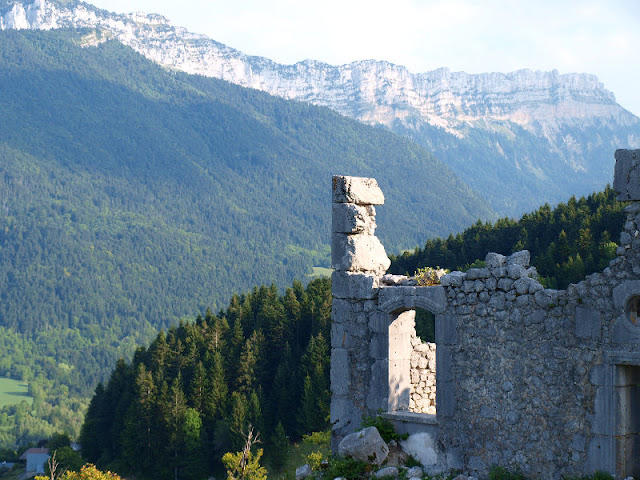 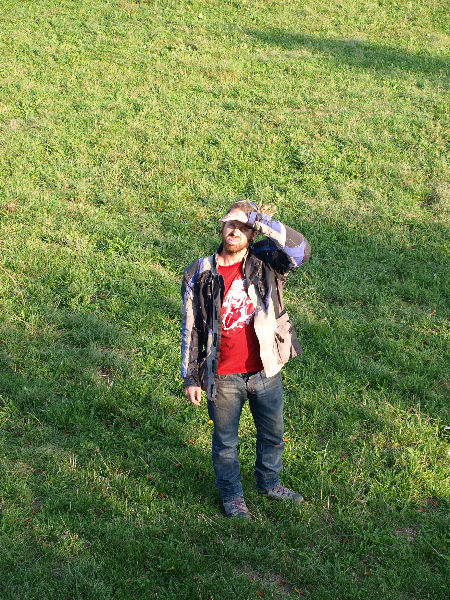 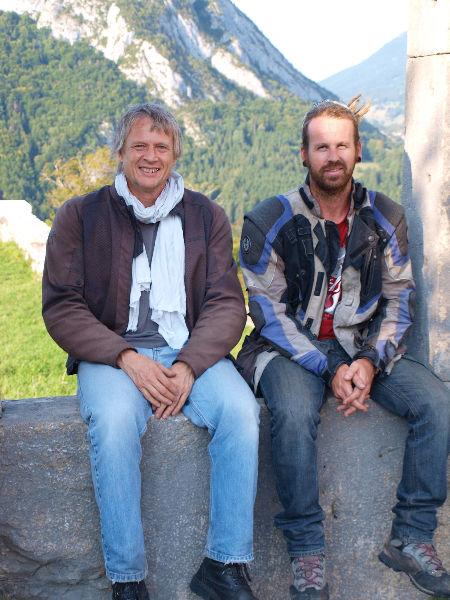 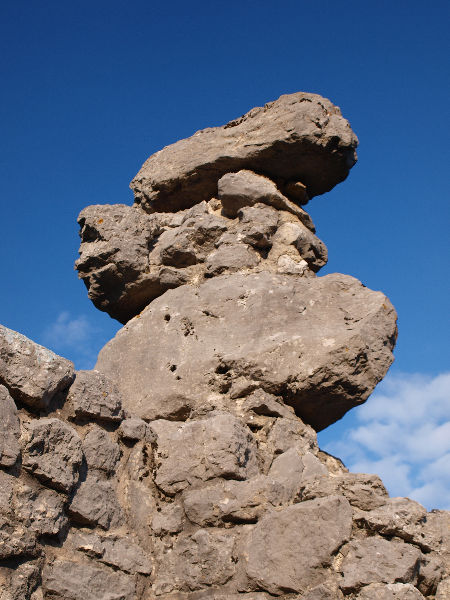 Francis on the TTR600 he rode around the world on First it was Condom, now this??? 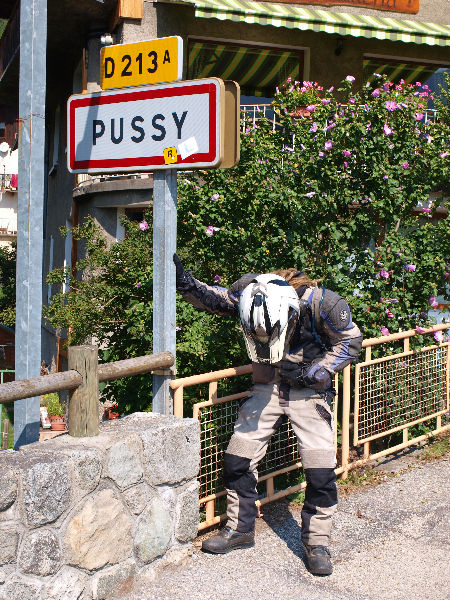 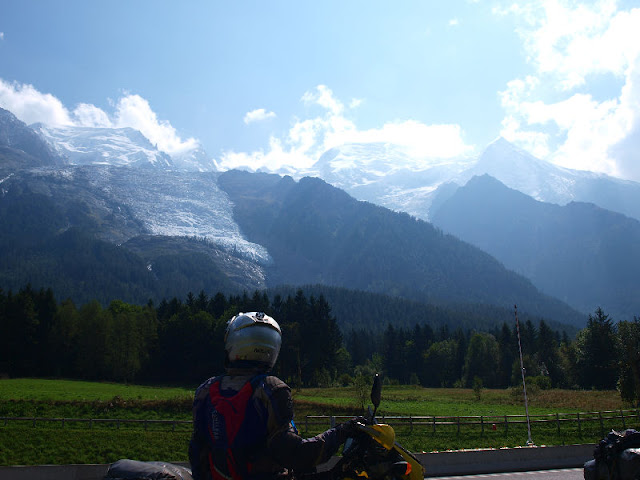 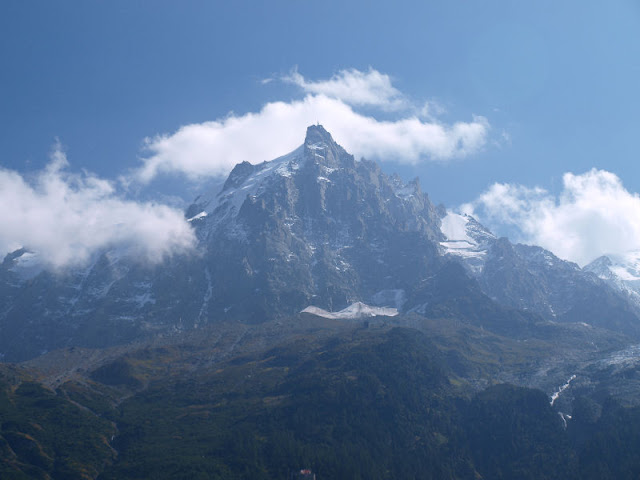