After a long hot ride we finally arrived in Islamabad. We ended up staying at the tourist campsite there which is meant to be popular with overlanders. This time of year it was closed for maintenance though and not a soul was there. An older gentleman came and opened the gate for us and exhausted we crashed out in our tent.

The next day we moved to a hotel to get a bit more comfort as we knew we would be spending a few days here to organise our Iranian visa. At the embassy we were surprised to hear that we had only been granted 8 days! 8 days to cross Iran is no easy feat. We can look forward to long days of non-stop riding in a race to get to the Turkish border and of course we will not have any time to see anything other than the highway. Considering everyone we know who recently have applied for an Iranian visa have been granted 1 month we were severely pissed. Did we write something in our application they didn't like? Anyway, the decision was final and there was nothing we could do about it other than pay the ridiculous amount of money (the same amount as it would be for a 1 month visa mind you) and be on our way. Of course we had timed the drop-off and pick-up of our passports immaculately to collide with the Muslim rest day of Friday so we ended up having to spend almost a week in Islamabad when all we wanted was to be up north on the Karakoram Highway.

We did manage to be a bit productive at least while we were here. After the KKH the next stage of the Pakistan chapter will take us to Quetta. To get here you have two routes: the most direct route takes you through tribal areas close to the Afghan border and following this route is a surefire way to get kidnapped so that option was out... The only other route you can take is to ride all the way back to Lahore (no thanks!), down south to Multan and then up to Quetta, a round trip of roughly 1500kms. This route was neither very appealing to us because of the distance, the time it would take, plus our back tyres are worryingly already showing signs of wear and tear - an extra 1500kms could be destructive to the longevity of the tyres.
So we decided instead for the first time on this trip to take the train! A 30 hour train runs from Rawalpindi (Islamabad) to Quetta and we can take the bikes for a small fee. Because of the dangerous area it goes through it is much safer for us, we will reach Quetta much faster and we will actually spend far less money than we would on petrol, accommodation etc. We booked the best seats they had, air-con sleeper, although not sure what to expect for our money.

Islamabad itself is a modern, planned city and much nicer than Lahore and the people here seem a bit more educated. We were surprised to see quite a few transvestites here, men dressed as women. But we're not talking the Thai version of a lady boy where you sometimes doubt whether they are in fact a girl...No, here it's pretty obvious they are men! It more looks like a bad attempt at dressing up in their mother's wardrobe and dipping their head into a bowl of baby powder - not a particularly pretty sight! You see them on the street walking up to cars or motorbikes at traffic lights asking for money and they also ask for money in shops, and surprisingly most shop owners seem to give them a little. This was the last place on earth I would have imagined to see trannies and I can't imagine how dangerous it must be for them here. Then again, maybe that's another part of Pakistani culture I just don't get as it seems very accepted here, I never saw anyone give them grief. Whether they also work as sex workers I don't know. But it wouldn't surprise me.

My little incident in Lahore had however made me really wary of men and I made sure to never look a man in the eye and always wear a headscarf (although it is not legally required here as in for example Iran). We met a local older man called Ali. He owns several shops in Islamabad and he lives alone as his wife and children live in London. He invited us for many a chai on the roof of his shop, cooked us dinner at his home and even gave both Mark and I a Shalwar Kameez.

One night while the three of us were sipping chai on the roof a young guy who knows Ali comes up and introduces himself and sits down and has a conversation with Ali in Urdu. We obviously have no idea what they are talking about but all of a sudden Ali starts laughing and then he takes some money from the guy. The guy then leaves and Ali shakes his head. He then tells us that the guy had asked Ali if he could BUY me! He thought I was a prostitute. Mark and I couldn't believe what we were hearing! The fact that Mark, my "husband" was sitting right next to me clearly didn't deter him from making such a crude offer. I was deeply offended as was Mark but Ali seemed to find it all extremely hilarious. He told us he had even joked with the guy that he had to pay 40,000 Rupees (He was only able to pay 2,000 - as if I wasn't offended enough!). In disbelief that he had joked with the guy about the price and knowing that the guy was dead serious about buying me I was now worried that he would be of the belief that he had now indeed purchased me for the night. To make matters worse 10 mins later Ali's mobile rings - it's the guy - he wants to know if the deal is still on. Ali then (apparently) made it clear to him that the deal was not on and that I was not for sale.

It was a really depressing experience and it just added to the sense of discomfort that I was feeling. It made me realise that the view many people have here of western women is so warped. Maybe they have watched too many movies. I could deal with being ignored and the fact that only Mark's hand was shaken and all conversation directed at him. It was the constant staring and comments that were more difficult getting used to. I started longing for Europe and western society and the freedom that comes with it...


A really lovely Pakistani family from... Denmark! They have lived in Copenhagen for the last 15 years and I found myself in the middle of Islamabad speaking Danish with kids who had a real Copenhagen accent! I actually think they spoke better Danish than me! It's a small world indeed... 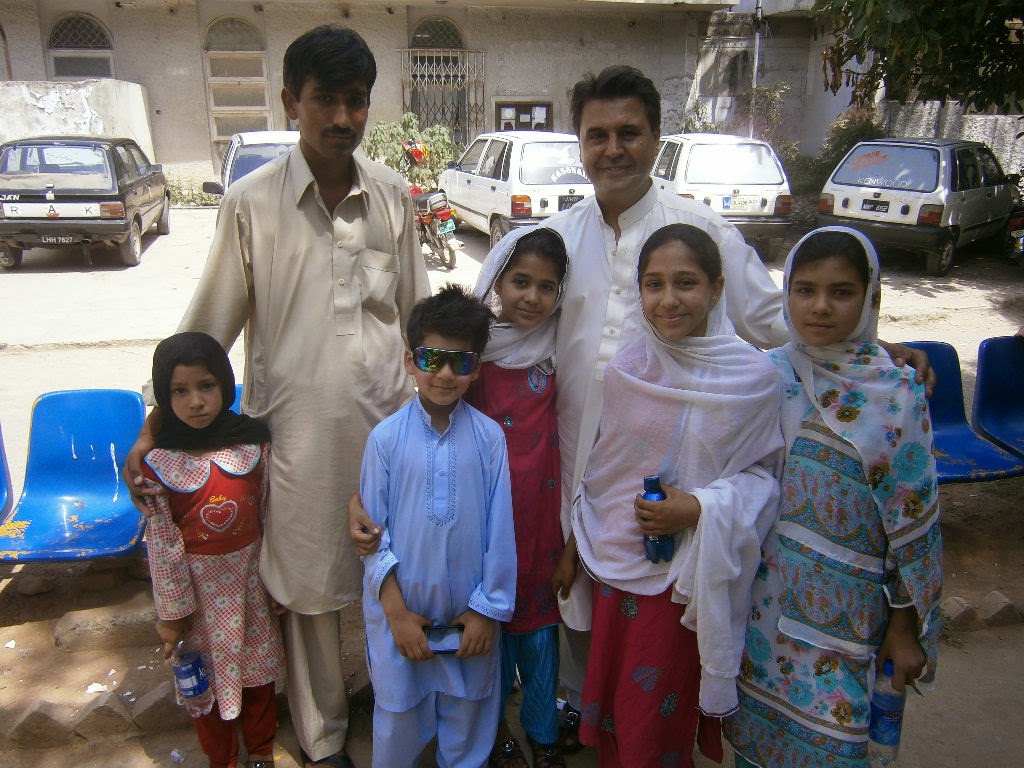 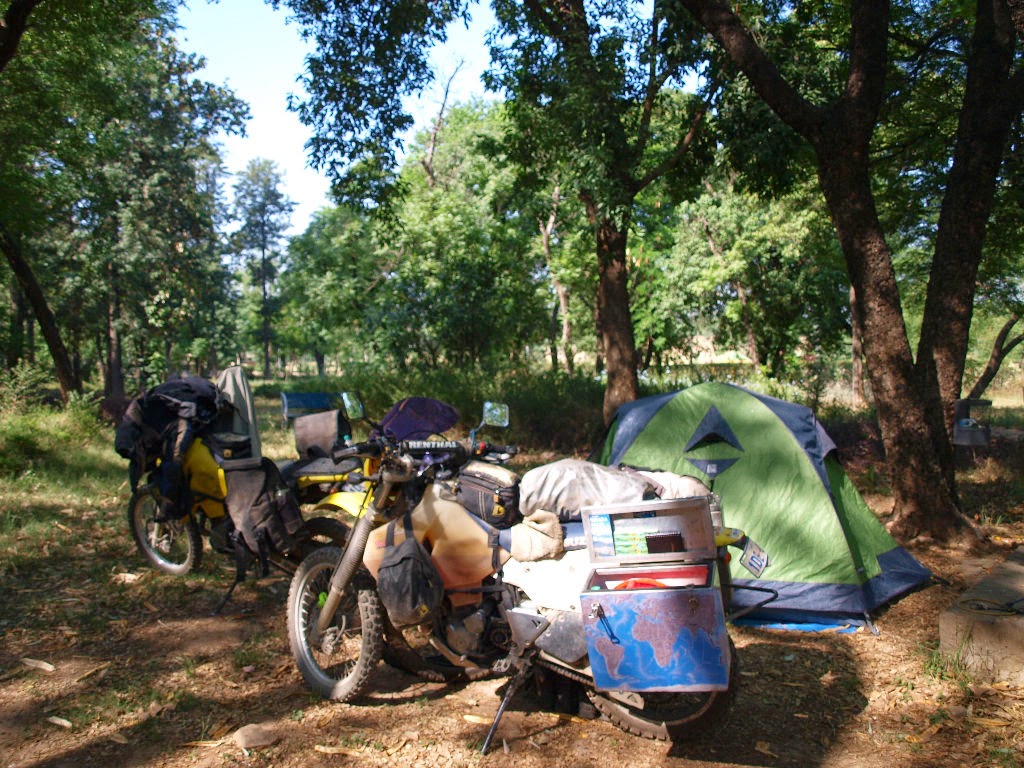 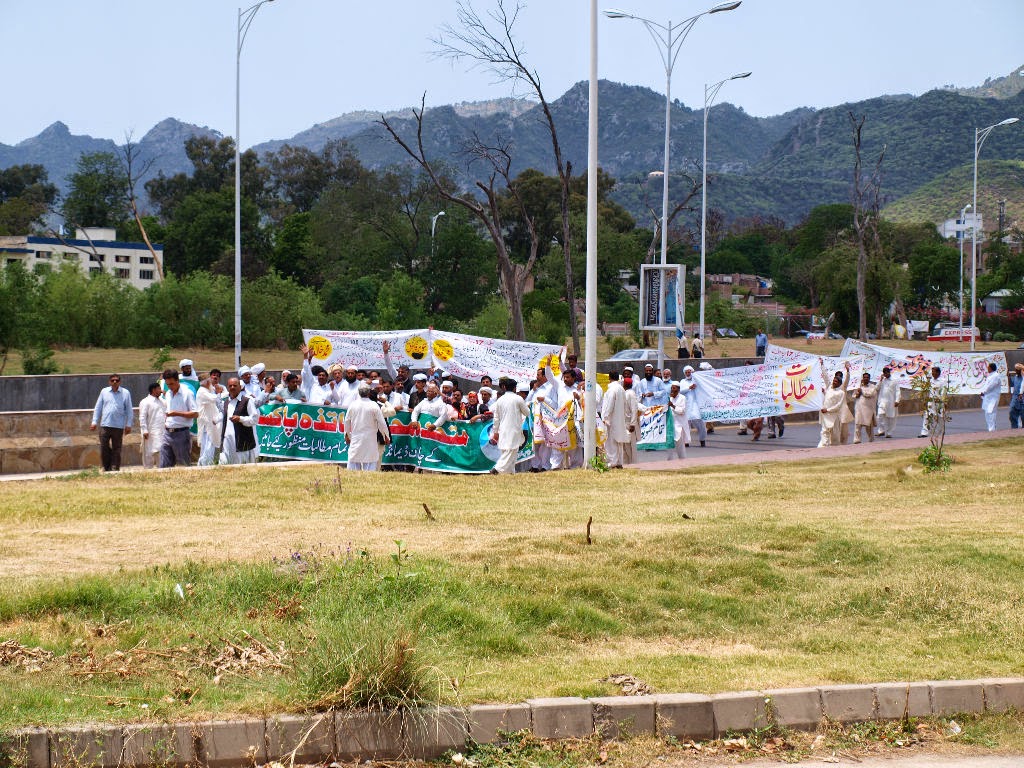 We thought this was the national monument. We later found out that in fact it was not... 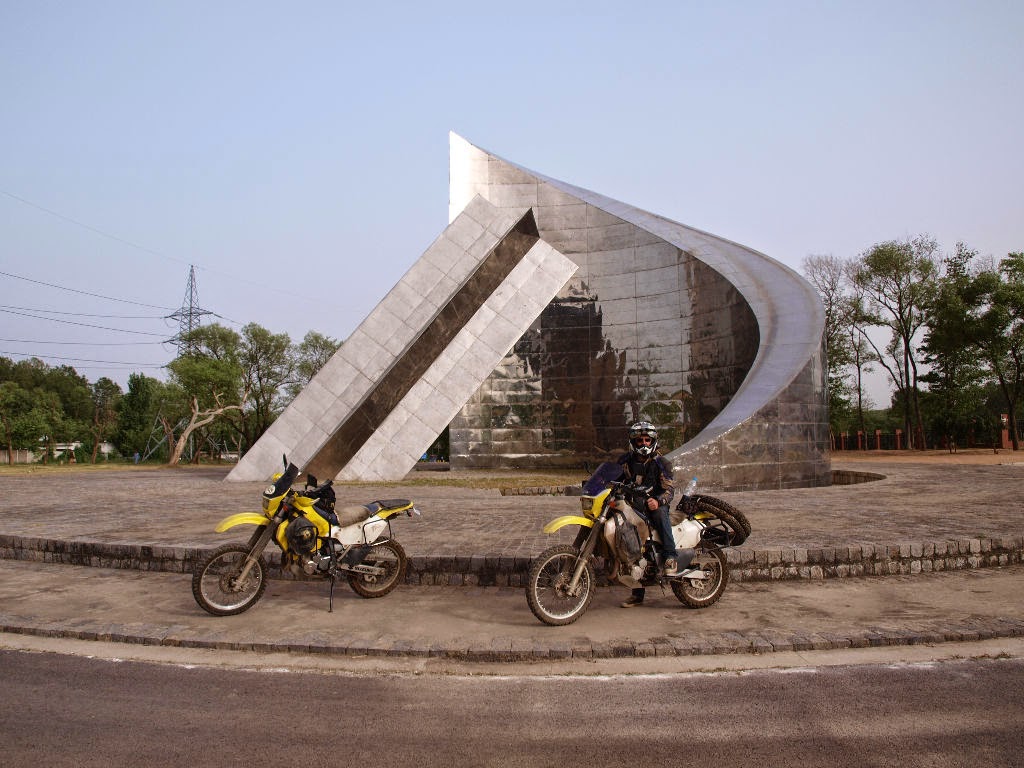 With Ali on the roof top of his shop 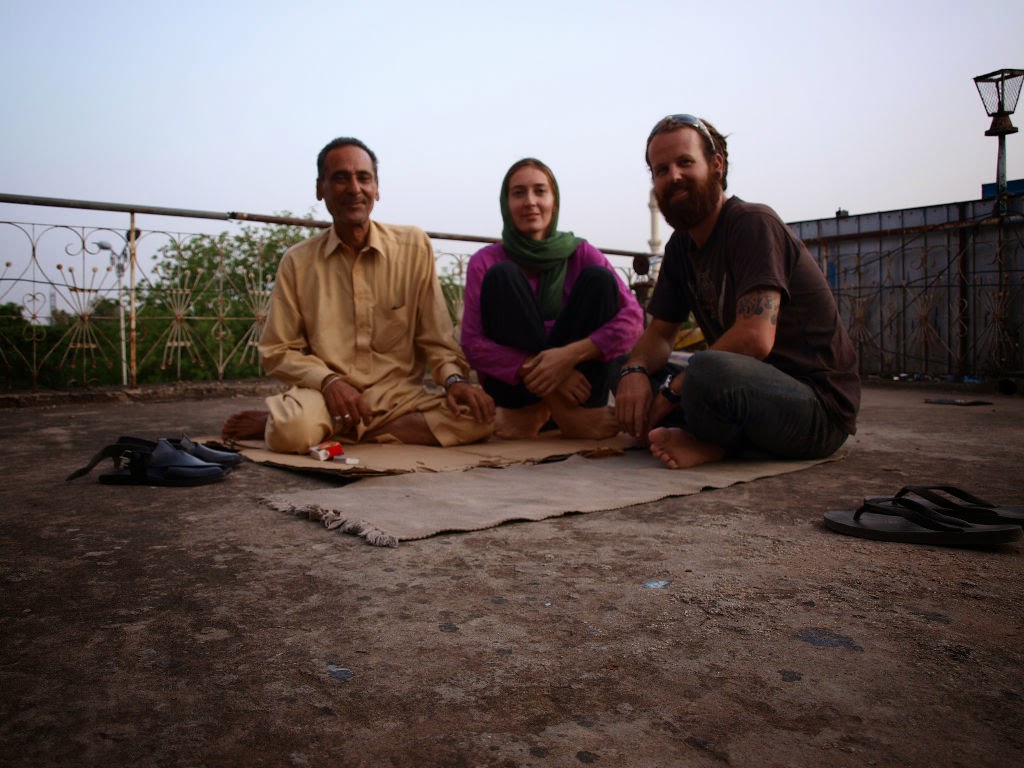 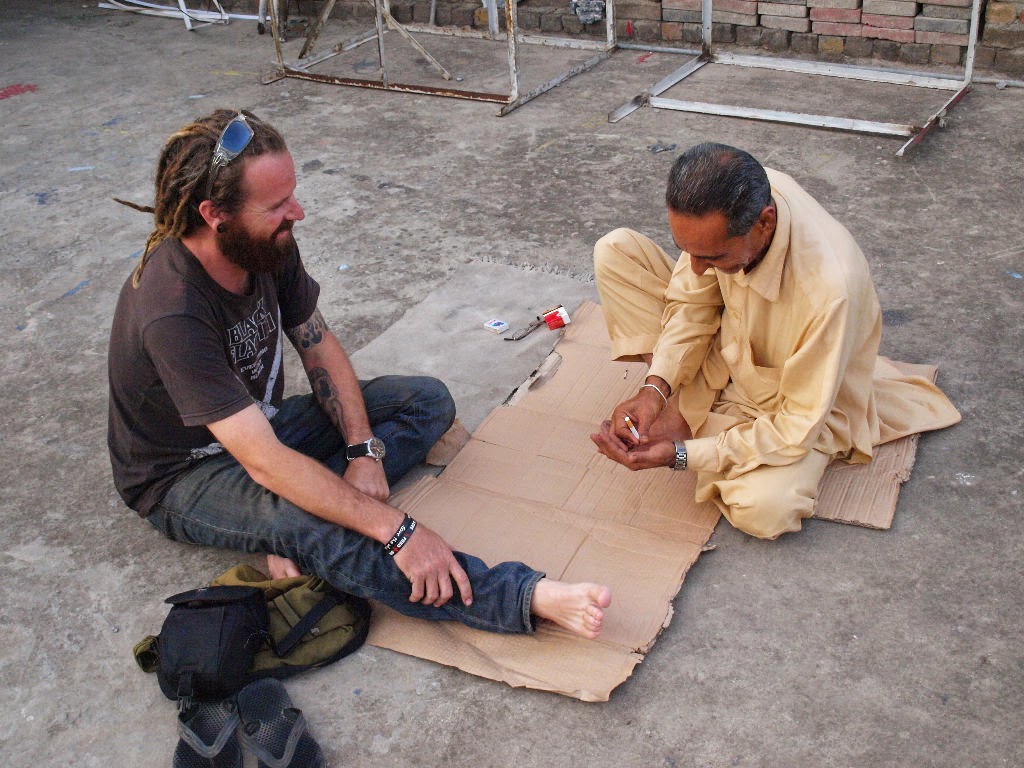 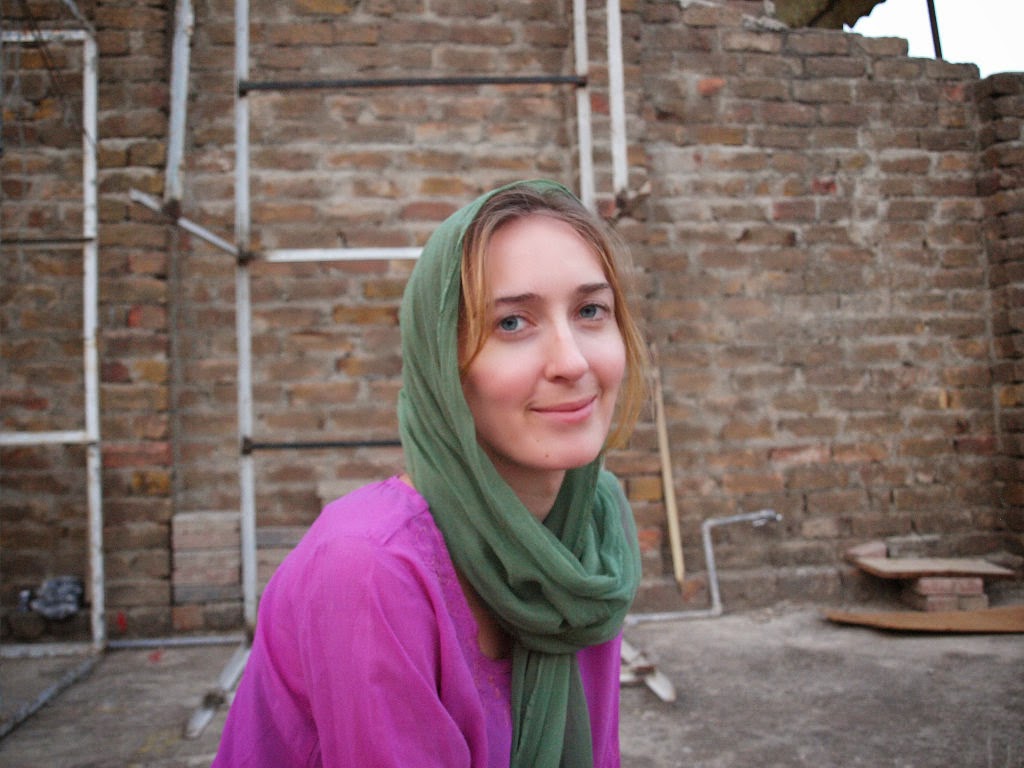 He is blending right in with the locals... 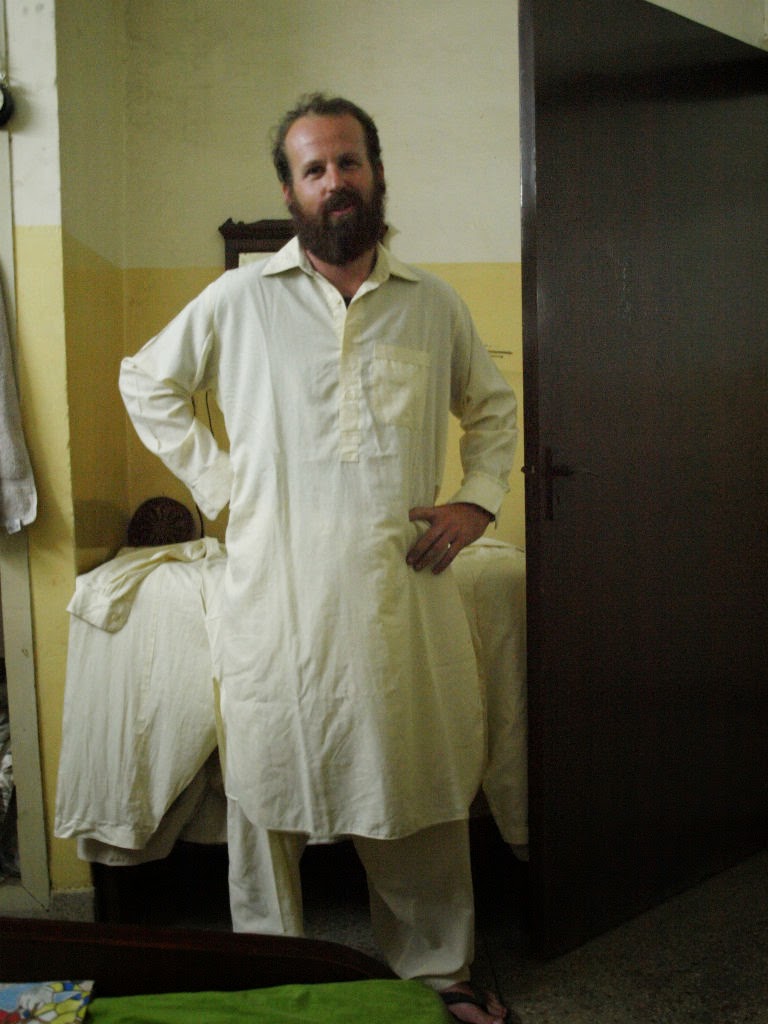 Monkey in a tree - outside Islamabad 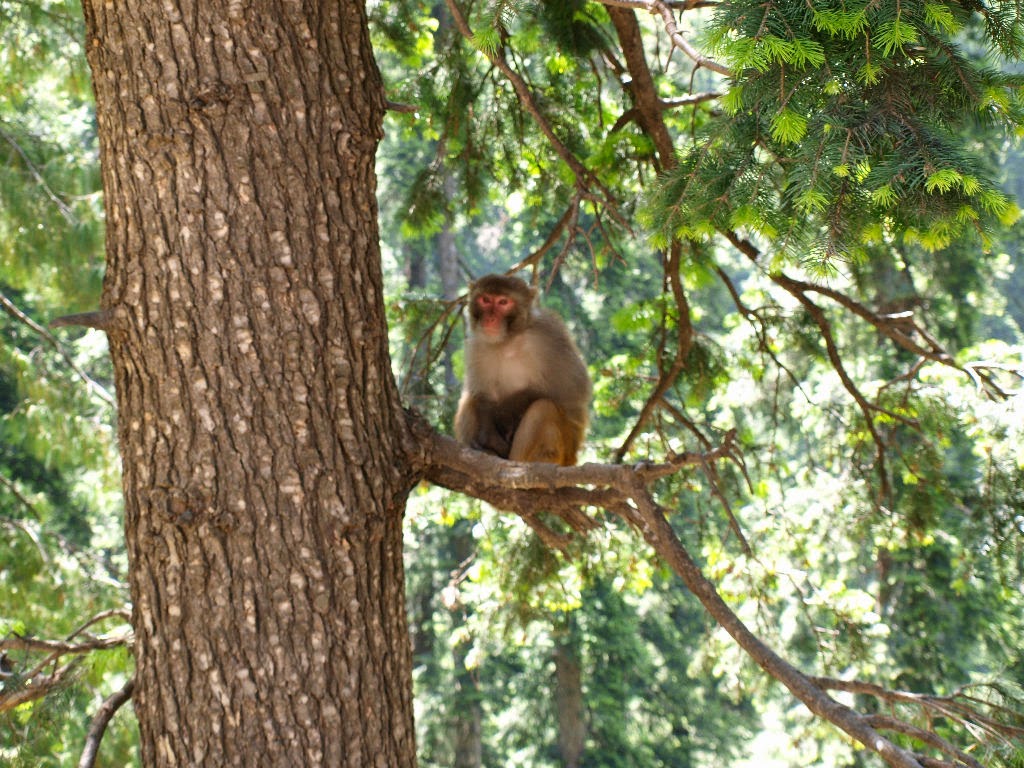