One of the main reasons of wanting to come to Pakistan apart from being our main passage through to Europe was to travel to the far north of the country along the famous Karakoram Highway. The highway starts at Abbotabad (where Osama Bin Laden was hiding out) and continues all the way to China at a length of approx 1000km's. We started out in Islamabad and headed into the mountains around Murree which was a change in scenery to the rest of the country already and also much cooler, one of the best parts of the road was that it was all but empty but that soon changed as we headed back down to the lowlands and the city of Abbotabad. This is where we first encountered the long winded task of registering our movements with the police, well we are still not sure if this guy was a policeman as he was not even in uniform, we should have blown him off and continued but he was adamant that we give him our details.

Shortly after we were on our way and found ourselves turning onto the KKH. This was not what we had first imagined for this road. We were still in a very populated area and had to make our way through the traffic of the city and make some miles before we would get to see the beauty of the mountains ahead. We had a destination in mind which we wanted to reach and that was the town of Besham about halfway between Islamabad and the town of Gilgit. We thought this should be easy enough to do until we had to stop frequently for police road blocks. Each stop would take a few minutes recording down our details and movements all because of an incident that happened just outside of the town of Chilas a month or so earlier. The ongoing feud between the Sunni and Shiite muslims in this area came to a boiling point when the Sunnis dressed in army fatigues waved down some buses and ordered the Shiite muslims off, next thing they were all shot dead and the buses set alight by the road side with their charred remains still there as we headed past. So along with the constant checkpoints we were then also given police escorts, something we were not expecting until we headed to the west of the country in the Balochistan region. The worst thing about having these guys is that they are so slow. I think travelling with them almost makes us a bigger target. So for the next 200km's we had many an escort.

We finally made it into Besham with no problems and were glad it was late in the day as the town itself has nothing going for it, so we had dinner at the hotel where we were joined by a young local guy who asked us the usual question, why does everyone think all Pakistanis are terrorists? I tried to be funny and replied: "Well, aren't you?" This failed to get any laughs from our new acquaintance, he looked more dumbfounded than anything. Humour is a rare bird in this part of the world. Or maybe you just need to select your audience more carefully :)

The next morning we picked up our first escort within a couple of km's of setting off only to have him run out of fuel within 1km so we kept going and picked up many more along the way, some of them 2 up on little 70cc motorcycles that struggled up every hill - at this speed we would not make it to our destination in Gilgit before dark so we decided to just leave them behind as there would always be another not far away waiting. The further north we ventured the more stunning the scenery became with the Karakoram range ever growing larger and larger. The road conditions changed many times from beautifully fresh laid tarmac to potholed roads and the worst dusty, rocky roads we had ridden in quite a while. We stopped in Chilas for a quick cold drink and didn't get many warm vibes from the locals, just a lot of staring and curious looks. The young kids didn't like getting their photos taken either. We set off quickly as we still had a long ride on these bad roads and not a lot of daylight left, a place we had been told not to ride at night especially by the police who liked to tell us that the Taliban were waiting for us around every corner! We never felt any particular hostility from the locals, maybe a bit of coldness but that was about it. In some of the towns we passed through you couldn't even spot one female in the sea of men which seemed a bit un-natural but that's life here I guess.

We made it into Gilgit town close to dusk in a mad dust storm so all we wanted was to find a room, have a shower and some dinner. Well we did manage to do this and even had dinner paid for by a friendly local who invited us to go visit his family in his village a few hours away but was unable to take him up on his offer due to our short amount of time and because it was in the opposite direction to where we were headed. Our goal was to make it as far as the Hunza Valley and to spend a few days looking around the area which was meant to be a lot more peaceful then the other areas we had already passed through. 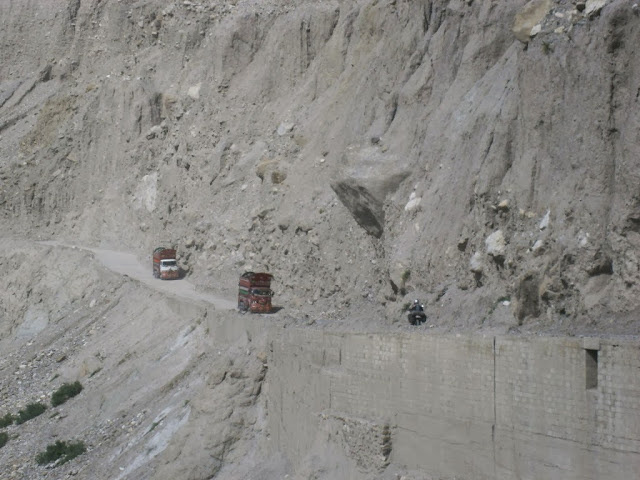 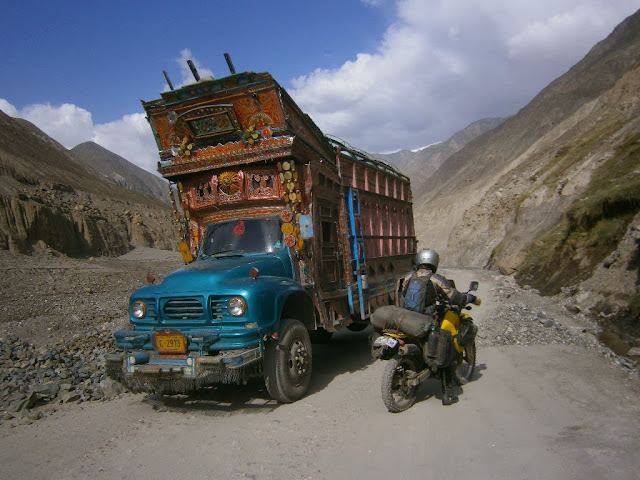 The sad sight of the burnt out buses outside Chilas 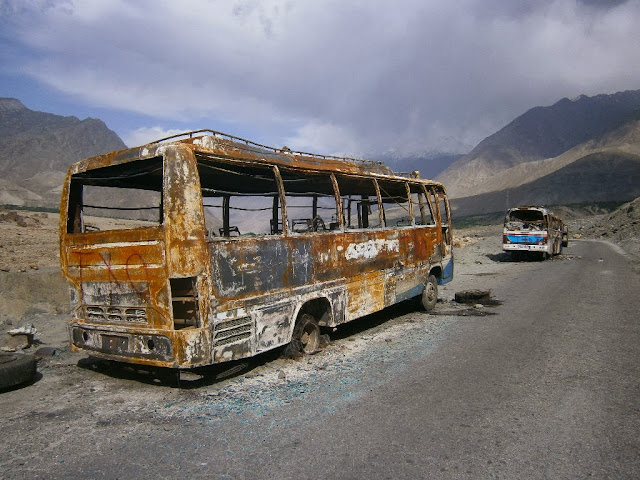 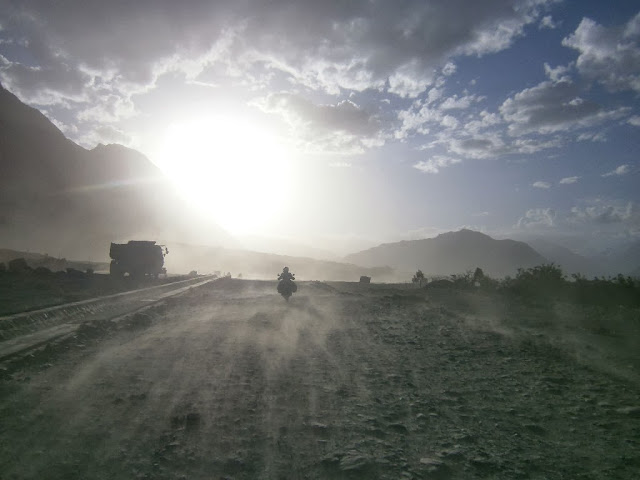 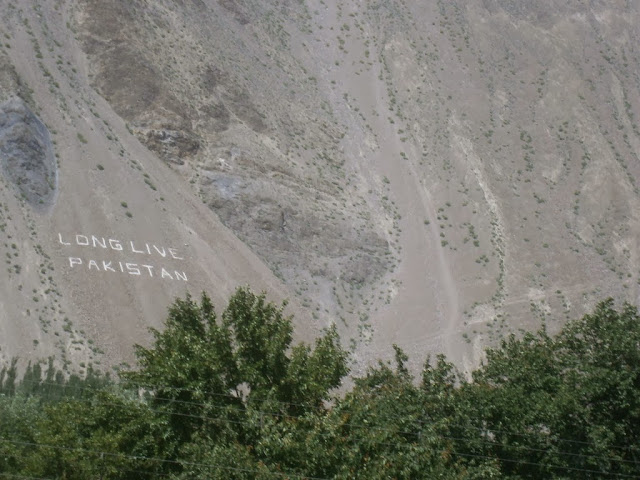 We ran into a truckload full of police 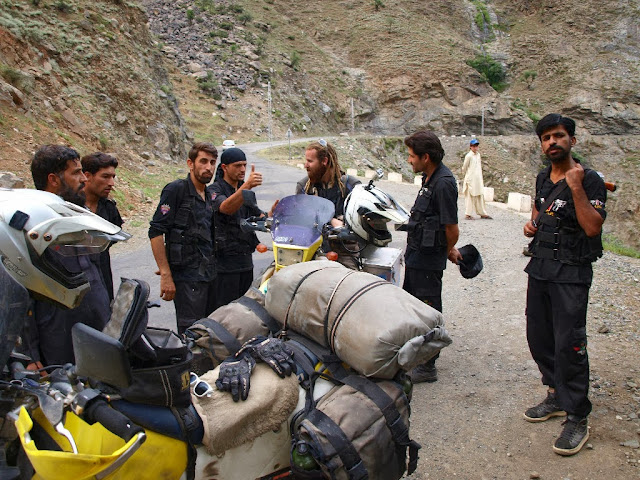 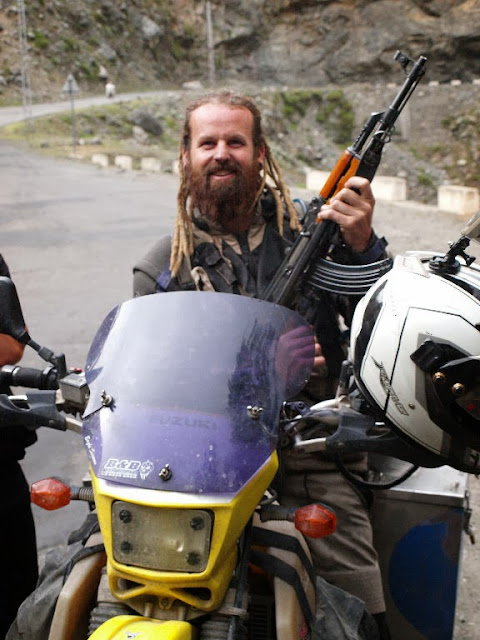 Yet another police checkpoint...no shortage of those in this part of the world 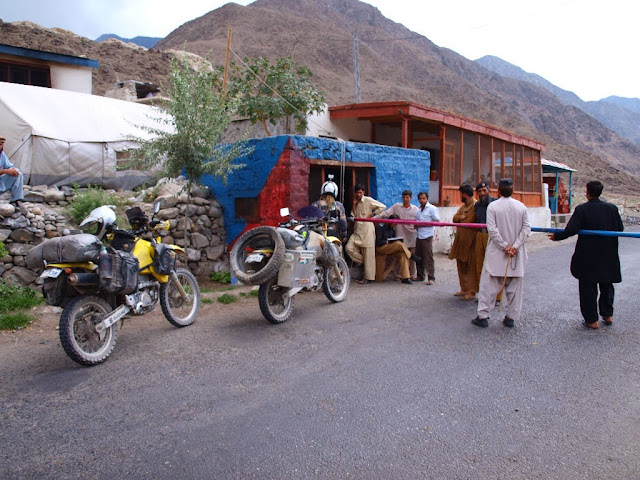 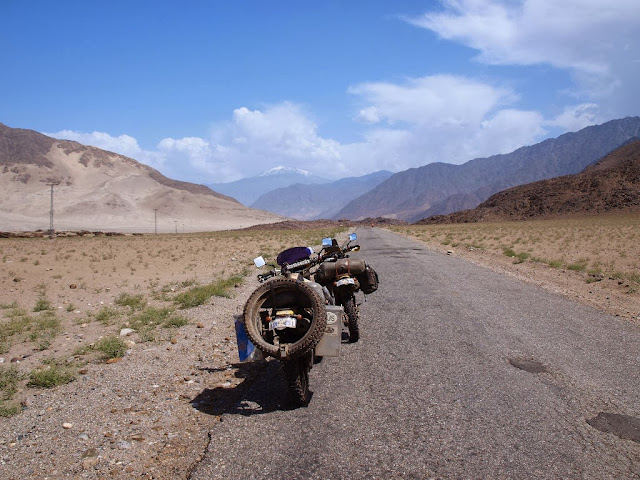 The scenery got more spectacular the further north we went 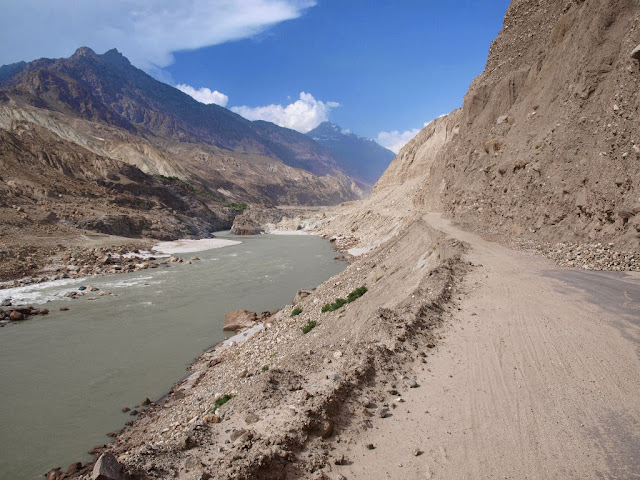 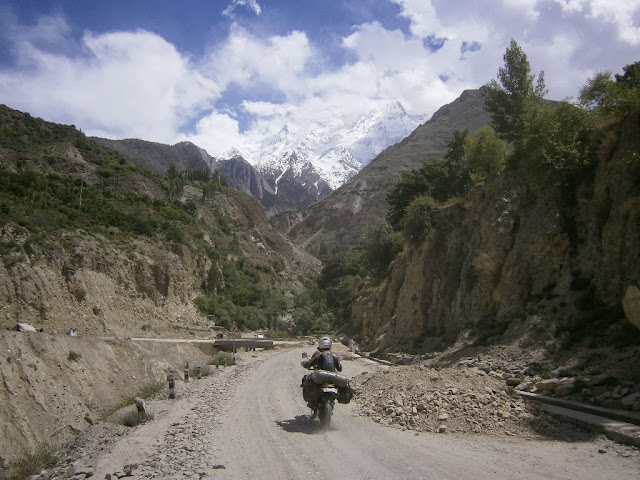 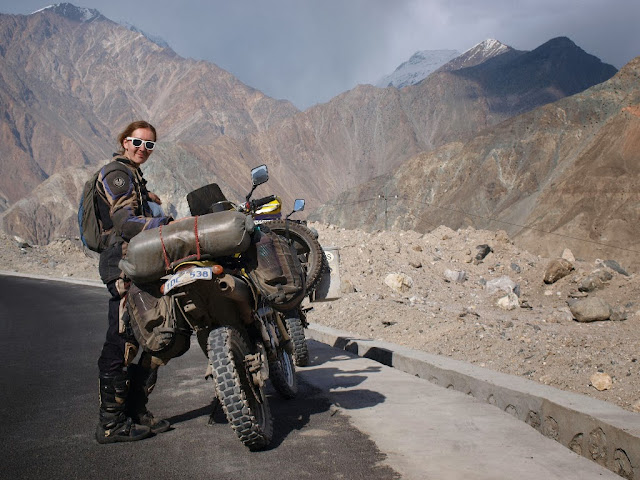 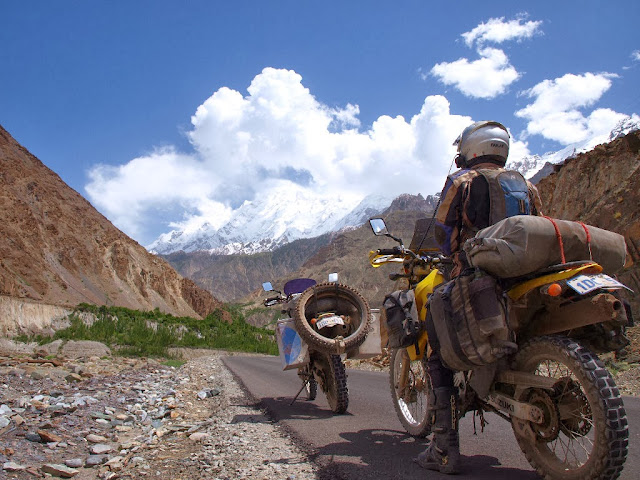 Crossing paths with the locals 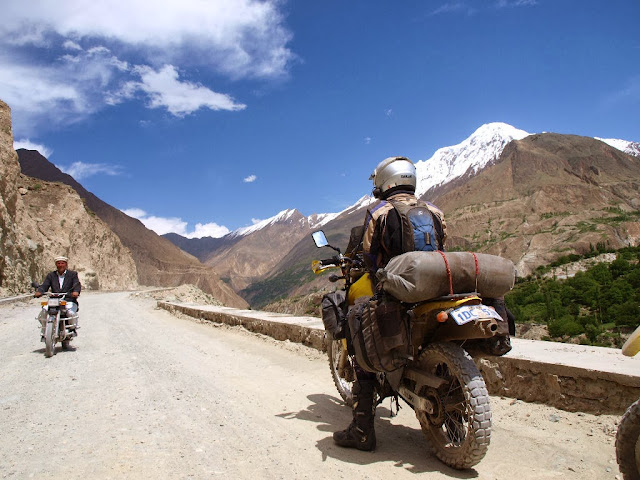 Although in bad state - a really awesome road 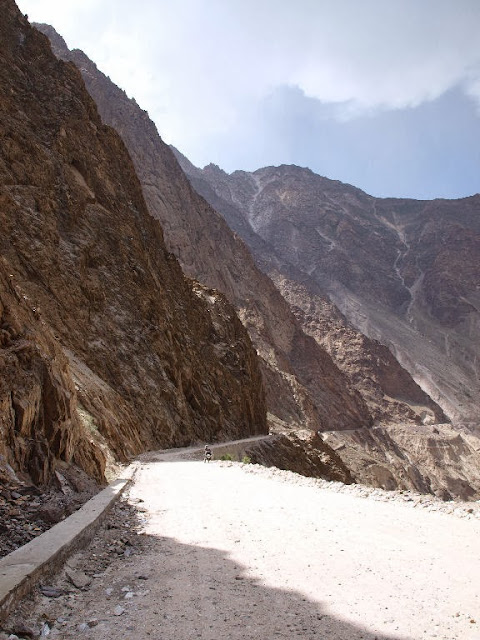