So with things looking pretty organised on the shipping side of things we hit the road for the Lakes district. Ever since we have been in the UK we have been constantly checking weather reports and now things were on the change and not for the good. Luckily our ride up the motorway was uneventful and we kept dry, we did however meet a lovely family at a petrol station who later emailed us with the offer for a place to stay. Sadly we had already passed by their home town so could not take them up on their offer. Thank you again.

Not knowing much about the Lakes district apart from being one of the wettest places in the UK we just found ourselves riding into a very busy little town, only then did we realise just how busy this place gets. So with the chance of a bush camp looking pretty slim we headed for a local campground for the night. On our way through town earlier I had noticed a watersports centre and since we had not been doing anything too exciting and out of the ordinary I suggested to Sanne that we should go skiing.

The following evening we headed for the lake and by this time the weather had well and truly turned but it didn't put to big a dampener on things. I have not skied in many years and Sanne not at all. I think she wished that we actually did it somewhere a little warmer and more tropical! Surprisingly though the water was not too cold and we were given wetsuits to keep the cold out. The conditions for skiing though were great and as the evening went on the wind dropped and we had smooth water to ski on. I had a great time but struggled a few times to get going. I decided to jump on the wakeboard and face planted a few times before getting up but it was all worth it. Next time somewhere warmer would be even more enjoyable.

With the weather all over the place we decided we should head for Scotland via Hadrian's wall. There was talk of visiting Ireland but with a deadline of getting the bikes ready for shipping and the costs involved we opted just to stay in the UK. The weather was no better there than Scotland and we were both looking forward to checking out some old places we used to visit when we used to lived there. So our ride north east was a pleasant one and we enjoyed the empty roads and open landscape. We arrived late and to pretty ordinary weather so we set about finding a place to spend the night and check out the wall the following day.

Hadrian's wall was built around 122AD and the actual reason for the building of the wall which runs for 117.5 km's from east to west has never actually been clarified although it was probably for border protection and to stop the Barbarians (ie Scottish!) from stealing cattle and sheep. It was the northern-most border of the Roman empire. It is now a UNESCO site and measures have been but in place to slow the deterioration of the wall. A significant portion of the wall still exists after being saved in the 19th century from the destruction of quarrying. It is known to be the most important monument to be built by the Romans in Britain. We spent the day stopping in at different parts of the wall before heading for bonny Scotland! 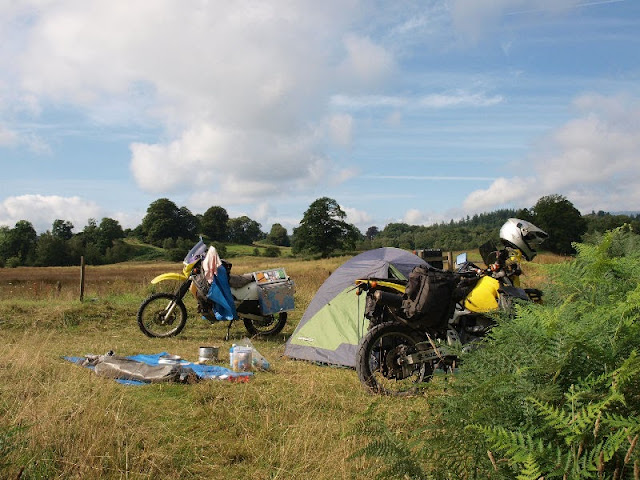 Lake Windermere, notice the change in the weather 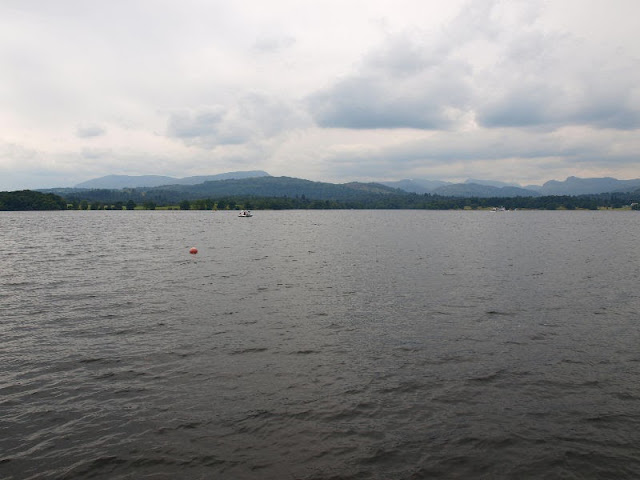 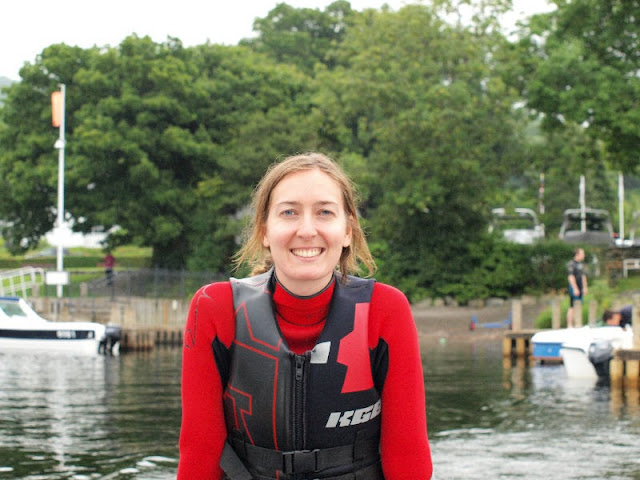 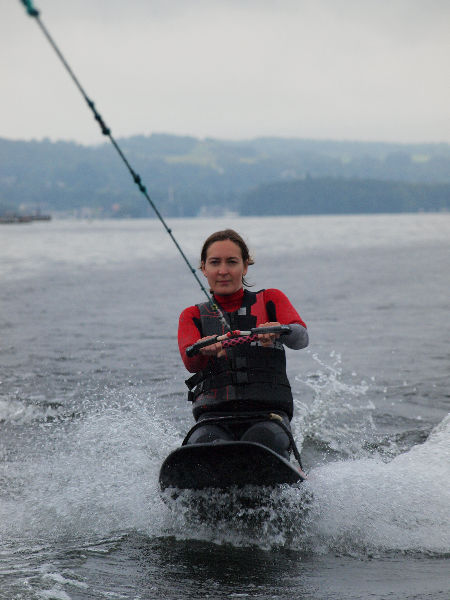 Me having a go at getting some air 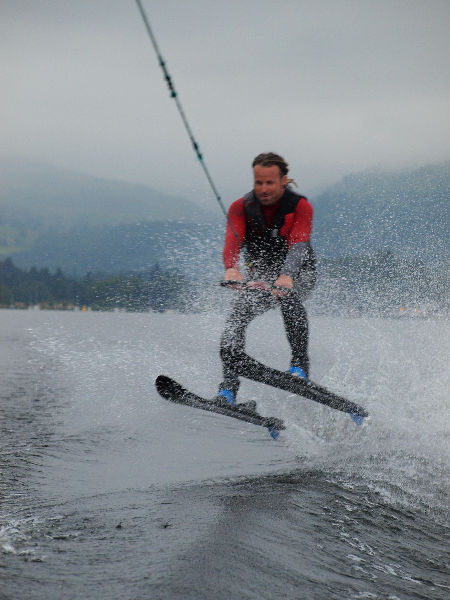 The beautiful countryside around Langdale 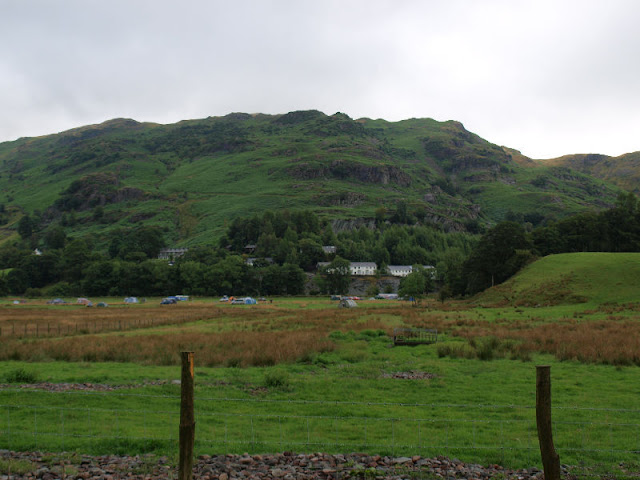 The rain was now following us wherever we went 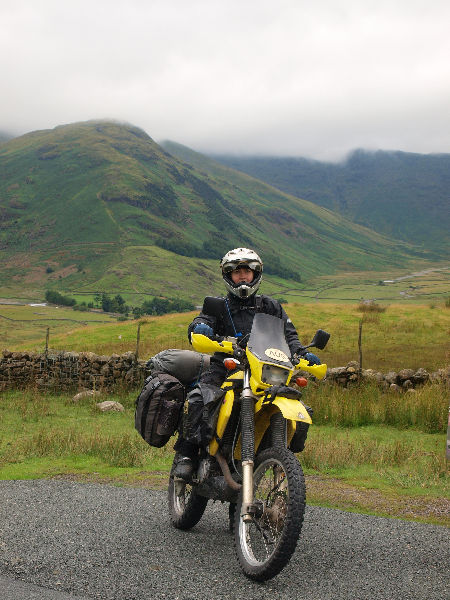 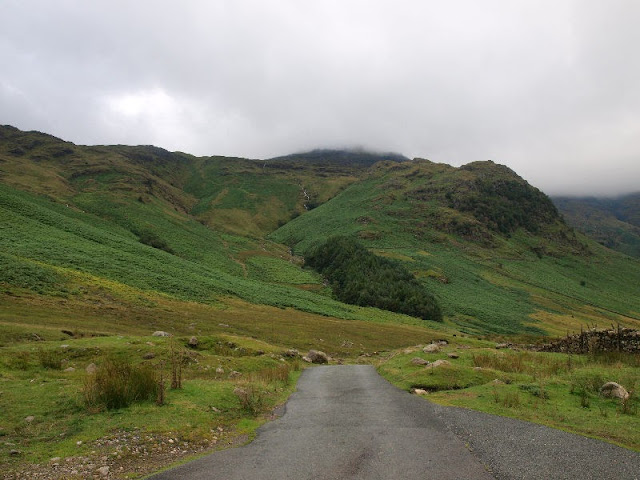 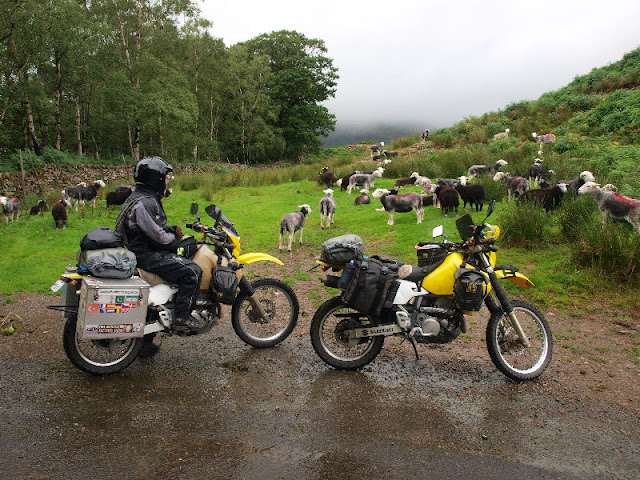 Lots of these little guys all round the countryside 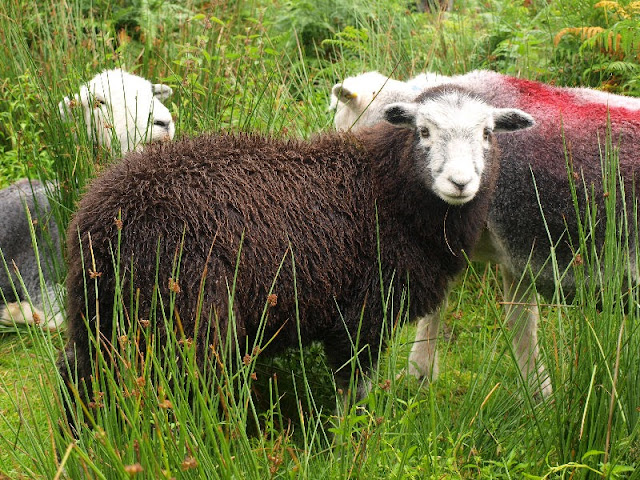 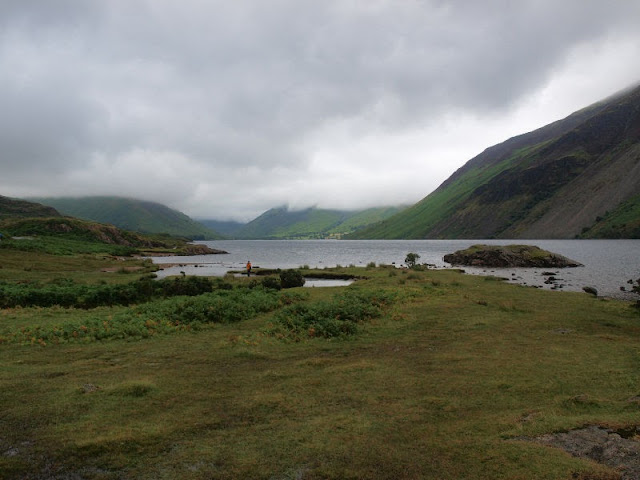 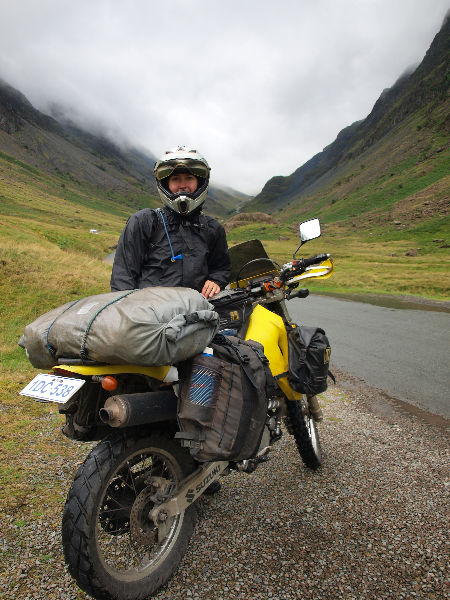 One part of Hadrian's wall near Haltwhistle 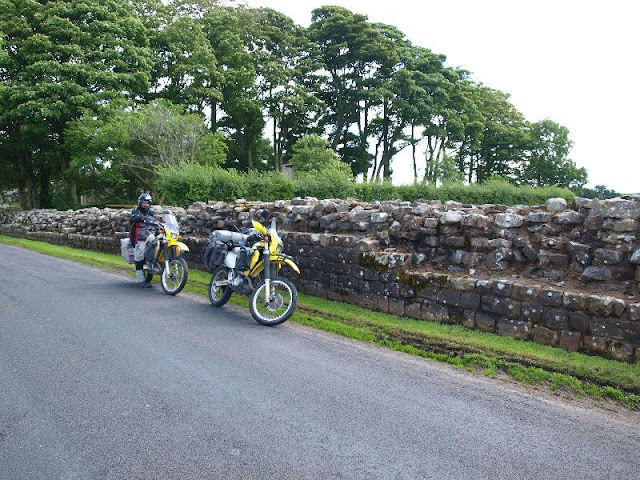