Last year we received an email from Carlos and Ellie, a Brazilian couple living in London. While researching the internet for traveling on DRZ's they stumbled upon our blog. They invited us to come and stay with them in their house in London and help us out with contacts etc in South America. Then our plans changed and we went back to Australia for 6 months to work so we didn't get to see them. So this year we were determined to catch up with them when we got to the UK before shipping to South America. Having never met before and only communicated via email we were pretty much total strangers, but that didn't seem to faze them as they left the key under the doormat for us to let ourselves in while they were both at work and told us to help ourselves to food and drinks. Then when we finally met them they blew us away with their hospitality and friendliness. Our plan had been to stay there a couple of nights but that quickly turned into two weeks! And they whole time they said that we could stay a month if we wanted to! They themselves had spent 27 months riding from Alaska to Argentina a couple of years ago penaestradasobre2rodas and had experienced so much goodwill from strangers and now they wanted to give something back. And we were the lucky receivers!

Within a couple of days Carlos had advertised our pending arrival to bike groups in Brazil who in turn contacted us back to let us know that we are welcome and they are looking forward to catching up with us when we get there, blimey there was even a guy who wanted to buy our bikes! From what Carlos and Ellie told us Brazilians are incredibly friendly people and I really hope we will experience that firsthand when we get there. But if they are anything like these two we should be in for a jolly good time!

Our agenda in London was of course not only to party and have a good time but more importantly to sort out shipping of the bikes to South America. We had pretty much settled on Rio de Janeiro as our shipping destination but after speaking to Carlos we quickly changed our minds! Apparently shipping into Brazil is as big of a headache as shipping into India. To get through customs with the bikes could, according to Carlos, take not days but MONTHS (!) and cost up to thousands of dollars. As we are not millionaires nor possess the patience of a Tibetan monk we abandoned that plan and instead changed our focus to Buenos Aires. This port is regularly used by overlanders shipping their bikes into and reportedly easier than Brazil. This doesn't necessarily mean that it will be EASY to get the bikes out but hopefully it will be do-able.

After contacting several shipping companies and got quotes back from some of them we settled on Russells Freight as they were by far the cheapest we had come across. We had decided to ship the bikes by air rather than by ship as it would be faster, less hassle and although slightly more expensive than sending them by ship the costs of getting them out from a port on the other side could easily outweigh the initial saving. It would be the same cost whether we would ship out of London or Leeds, so it really all depended on where we could find some crates for the bikes. We then went ahead to book our flights and settled on the 3rd of September where we got a fairly good deal with Alitalia flying to Buenos Aires via Rome. Now all of a sudden we had a deadline so if we wanted to see the rest of the UK we had to get a move on!

The problem with staying in one place for more than a few days is that you get too comfortable. And this was definitely the case with Mark and I! Being in such brilliant company and being able to enjoy the comforts of an actual bed(!), warm shower and dammit - a TV - was a nice change from roughing it and the fact that the weather was unusually good for British standards (we were there on the hottest day of the year) made London so much more appealing than if it had been grey and wet the whole time (which it usually is). However, move on we had to and to send us off we went to a Brazilian party! It was an action filled night with no less than three fights, lots of music and dancing from the always very vivacious, party-loving Brazilians. It was a great night, which turned into a very late night which in turn resulted in a hefty hangover which meant we stayed another day!
When we finally left Carlos and Ellie, we were happy that we would get to see them again on our return to London to fly out. We met them as strangers but left as friends. 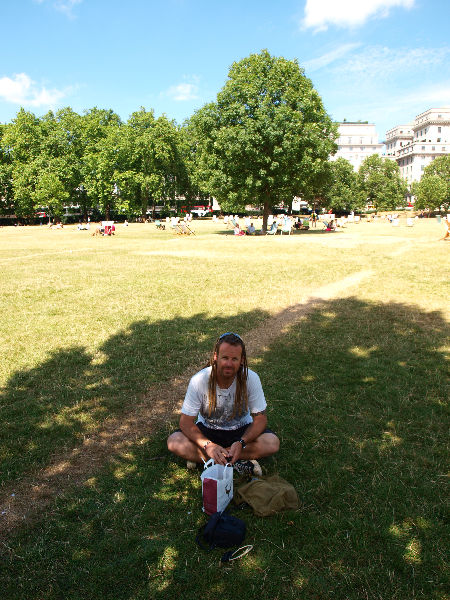 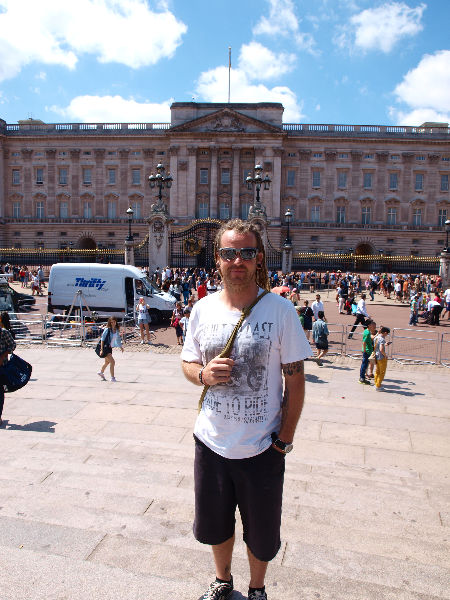 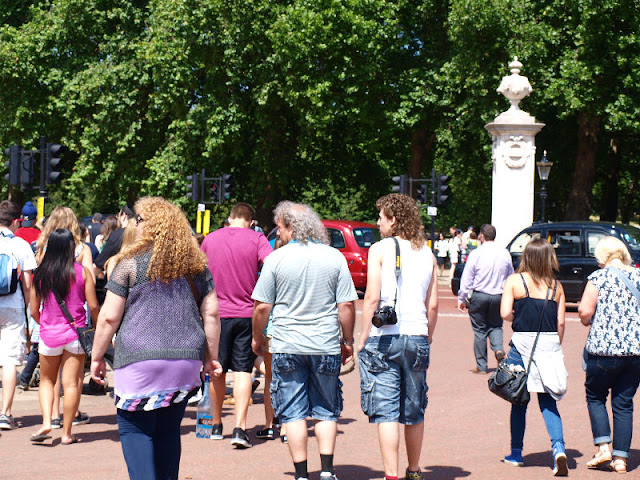 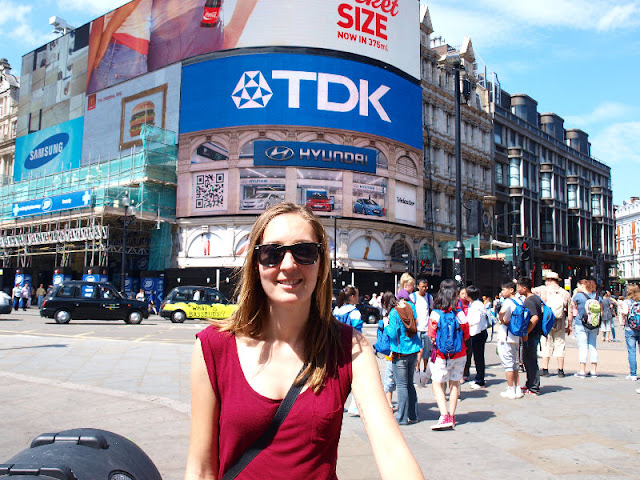 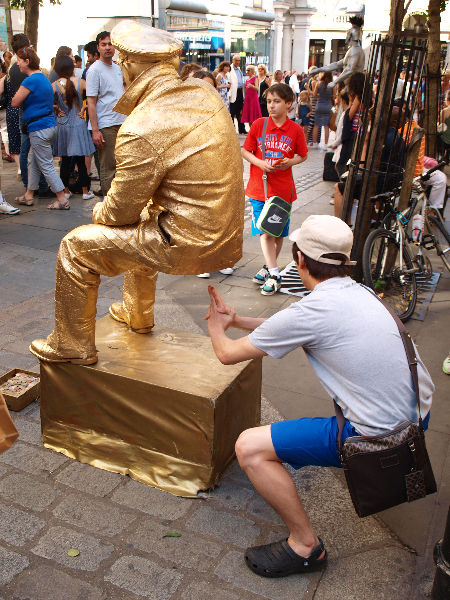 The one and only Big Ben 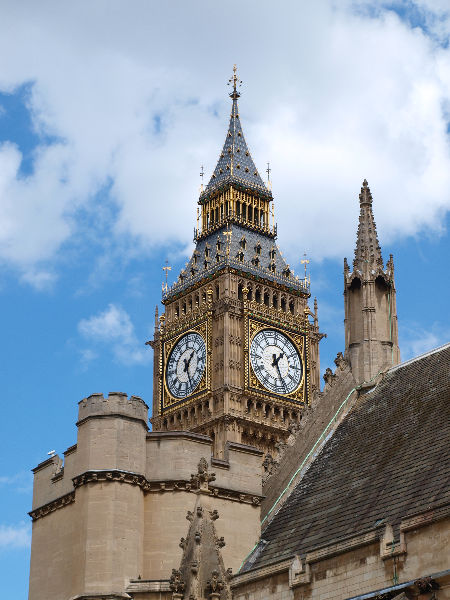 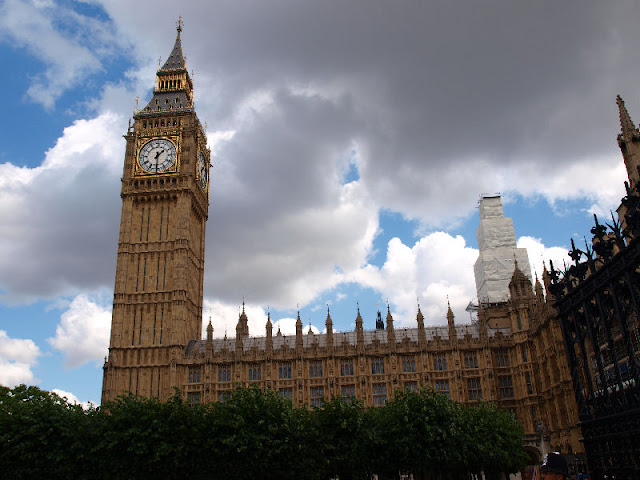 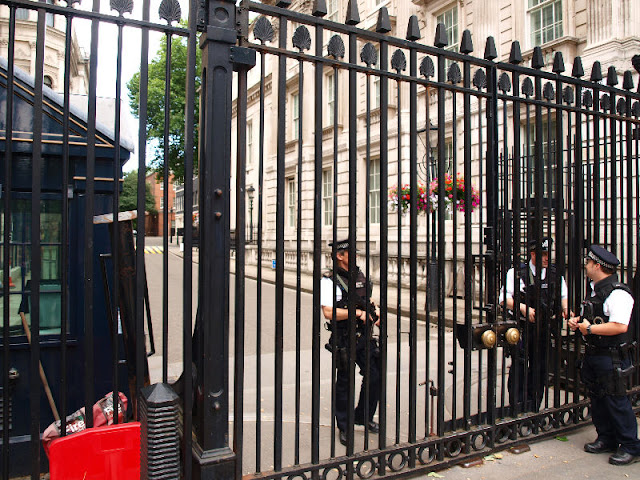 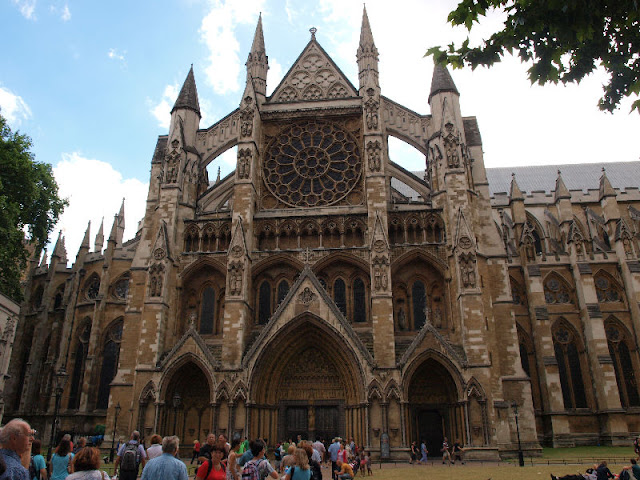 The River Thames with the London Eye in the background 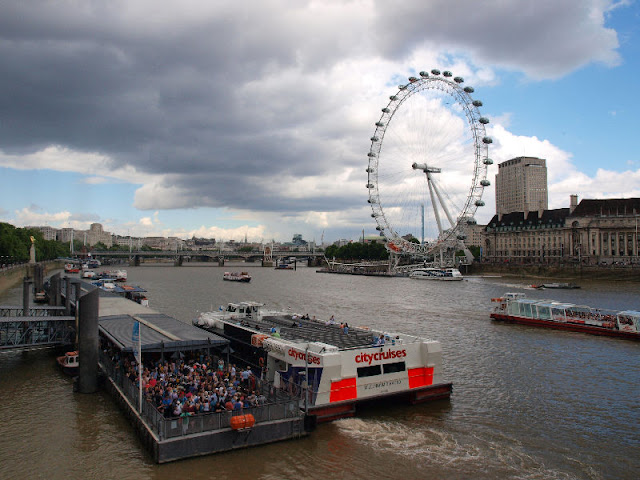 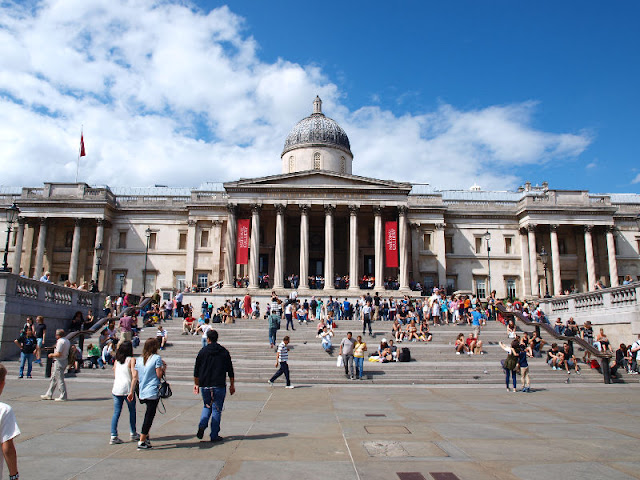 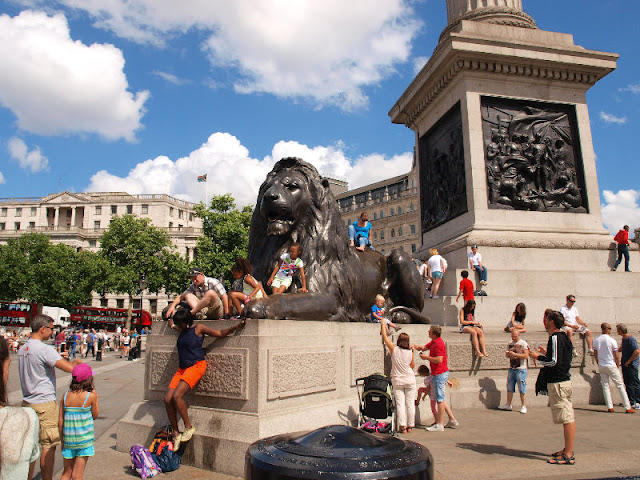 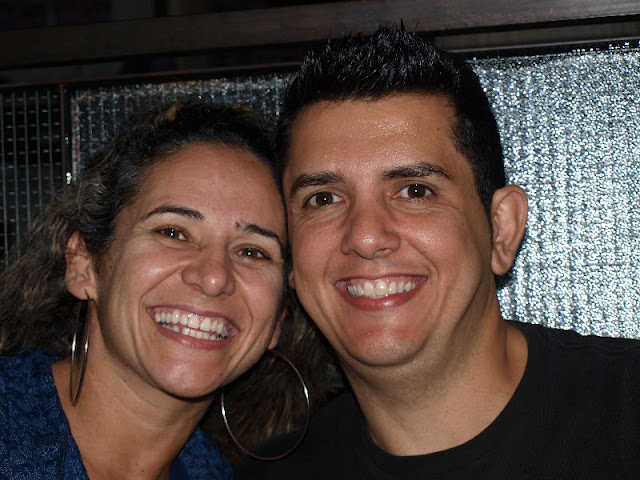 BBQ at Carlos and Ellie's 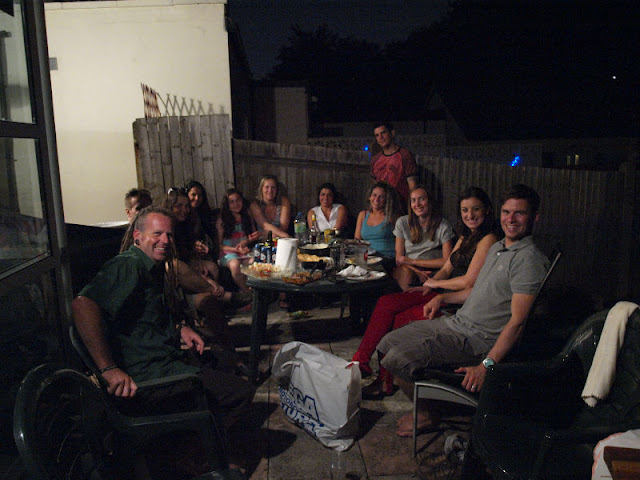 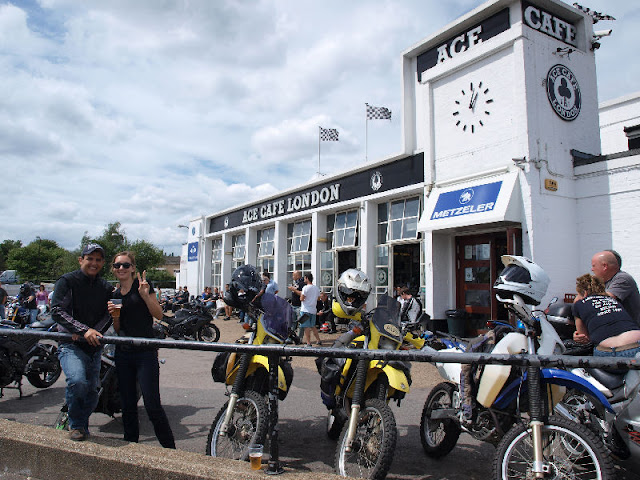 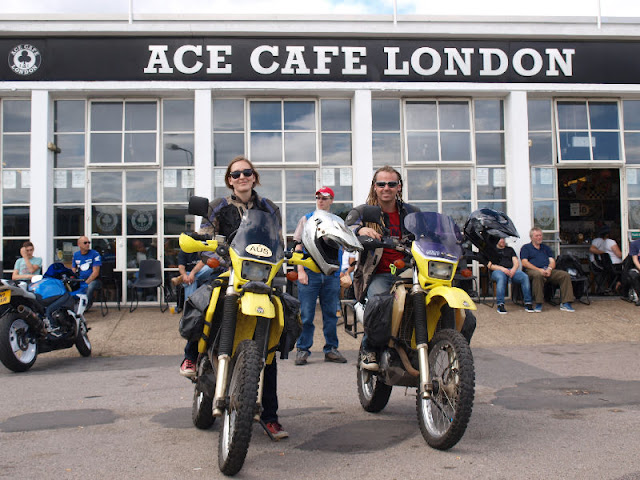 Thanks guys for everything! 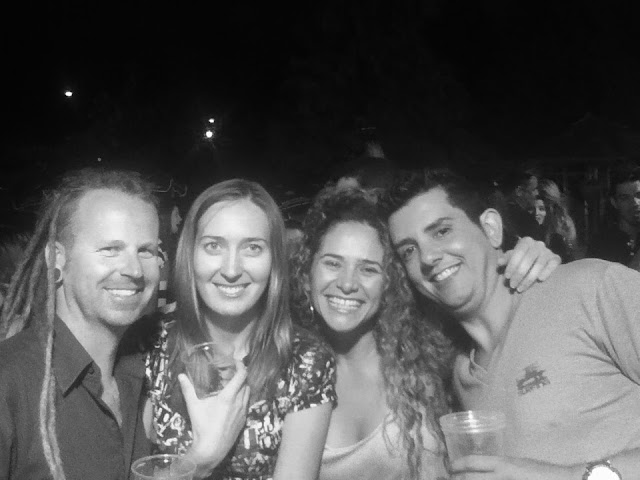