Bonito is a natural aquatic wonderland situated in the state of Mato Grosso do Sul in central west Brazil near Bolivia and Paraguay. It is in the middle of nowhere but when you get here it is totally worth it. It has been called the Caribbean of the central-west due to the unbelievable blue colour of its waters. The concentration of limestone in the ground serves as a natural filter, purifying the water. As a result, the water and rivers here are some of the clearest and most transparent in the world, making Bonito a perfect setting for swimming and snorkeling. So we used the opportunity to do just that.

We went on a snorkeling trip on Rio da Prata which is known as the must-do thing here. It's situated on a big Fazenda (farm) and after walking through a forest for 30 mins we reached the Rio Olha d'Agua which is so amazingly clear that you can see every little pebble from on top of the water. The water was a nice temperature but we were wearing wetsuits anyway. Well, I don't think (in fact I know) I have ever been in as clear waters as this. It was really like swimming around in an aquarium. The visibility is more than 30 metres. There is a gentle current in the river so we relaxed and let the gentle drift take us a couple of km's down river. Under the water we saw lots of fish, especially the big scary-looking Dorado which looks very angry but is harmless. The Rio Olha d'Agua merges with the Rio do Prata further down, the latter being nowhere near as clear and quite dismissable after the splendor of the Olha d'Agua. Really they should name the tour after that one and not the Prata. By the time we got back to the Fazenda the sun was already going down. Seeing as we had 50 kms with half of it dirt to get back to our campsite we got a move on but we had to ride most of it in complete darkness just hoping that we wouldn't come across any animals.

As Bonito is not cheap we could only afford to do a few things while we were there. At least we could camp here, this being our first self-paid accommodation since we had been in Brazil. I wouldn't say it was super cheap at 20 Rials ($10) pp but for Brazil it's cheap. Rio Formoso Camping has loads of campsites all situated quite nicely in a big paddock with lots of shady trees (trees with toucans!), hot showers and wifi. Each site also has a little hut with a roof which was really nice as it rained the first couple of days we were here (what is it with us and rain!?) The lady who runs it is really lovely and called me the crazy girl for riding a motorbike! Apart from us there were two other traveling vans here (both French), one of them a family of mum, dad and four kids, traveling around the Americas for three years.
The campsite is also right next to the Rio Formoso where you can go swimming as well although the water there is very cold! Lots of fish and also lots of monkeys in the trees. We caught a family of monkeys hanging out in the canopy above us with about 10 or so babies.

On our last day we  went to visit the Gruta do Lago Azul which is a large cave with a luminous underground lake with the bluest of water. It is this lake which is often the postcard view of Bonito and it is pretty, however apparently it is only in late December - early January that it is truly spectacular because of the sun shining in at just the right angle. It is probably the cheapest attraction there is in Bonito at 36 Rials so we included it as one of the few things we could afford to do here in this very(too) expensive place.

Walking through the forest to Rio Olha d'Agua 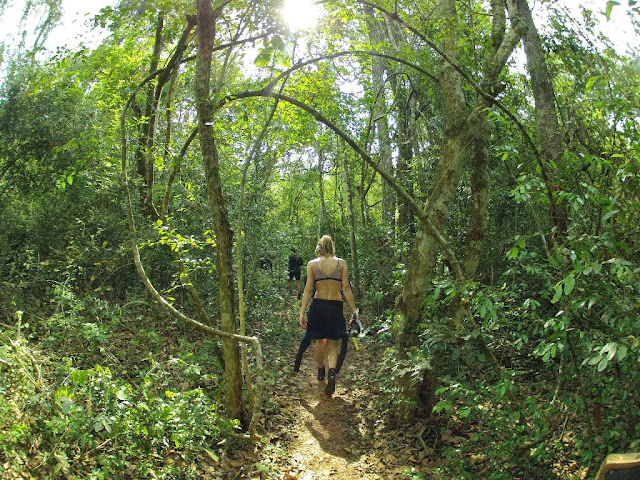 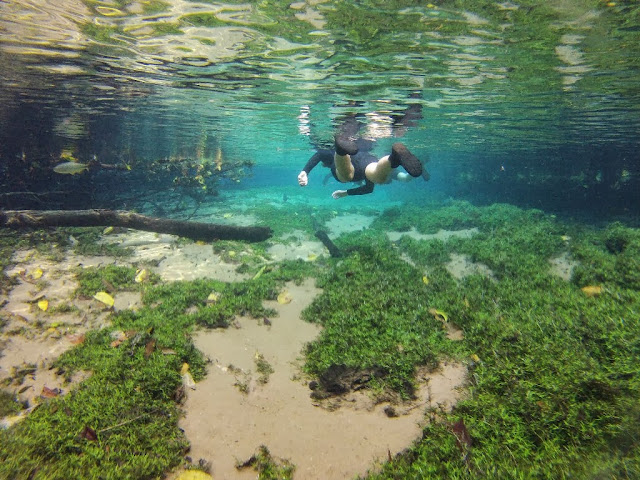 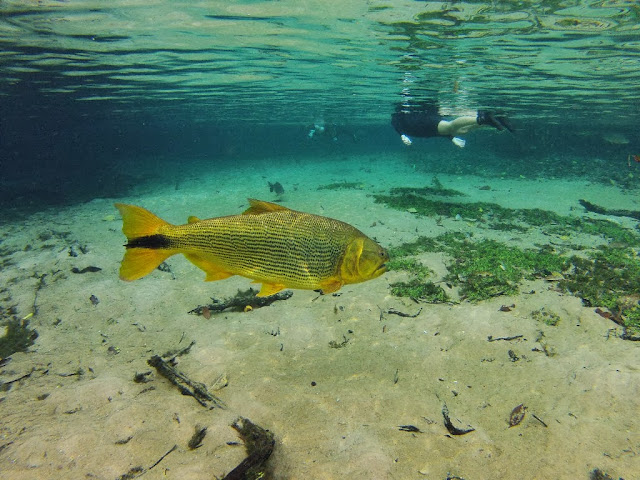 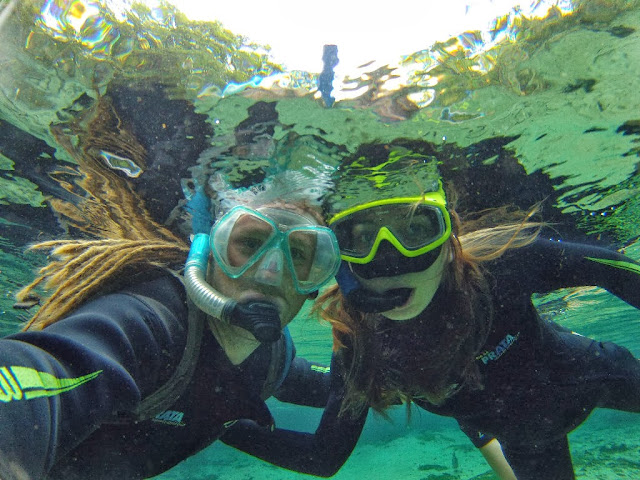 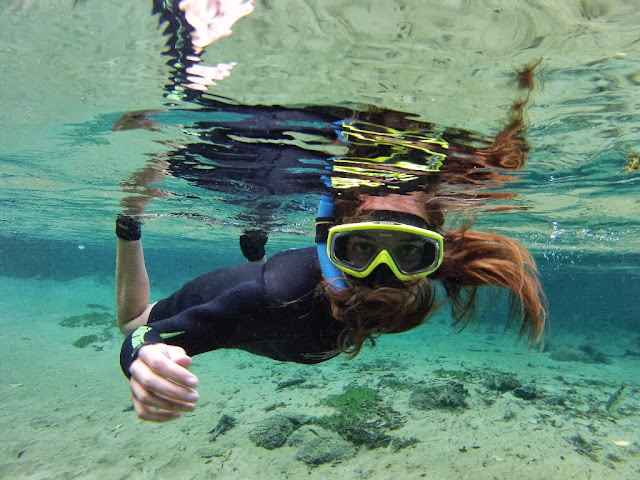 Where the spring of the river comes out 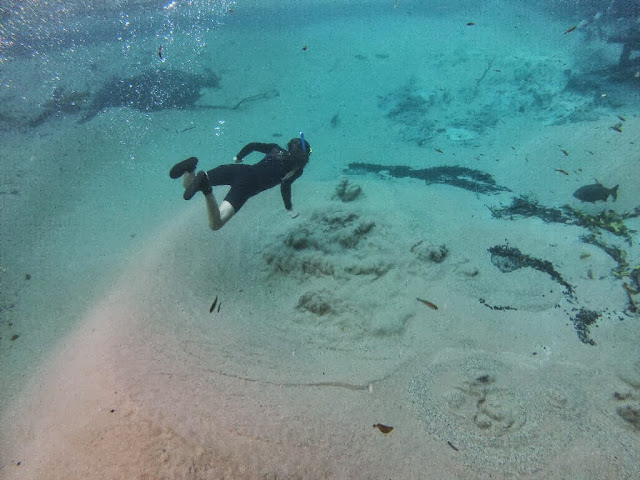 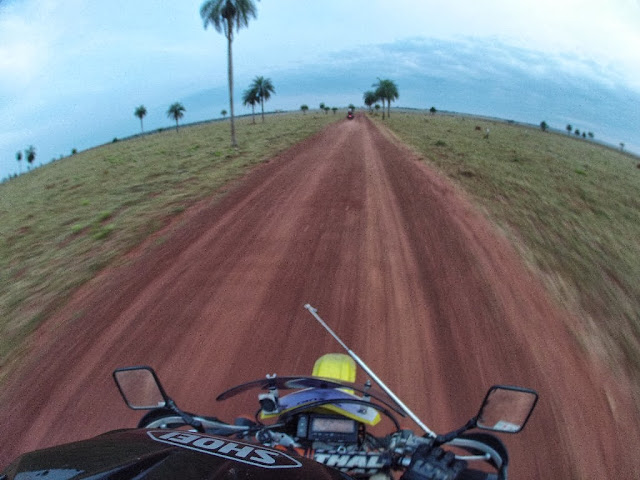 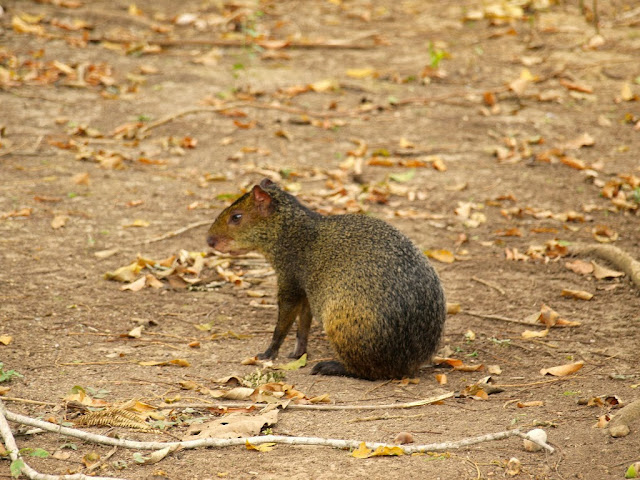 Where we camped for a week 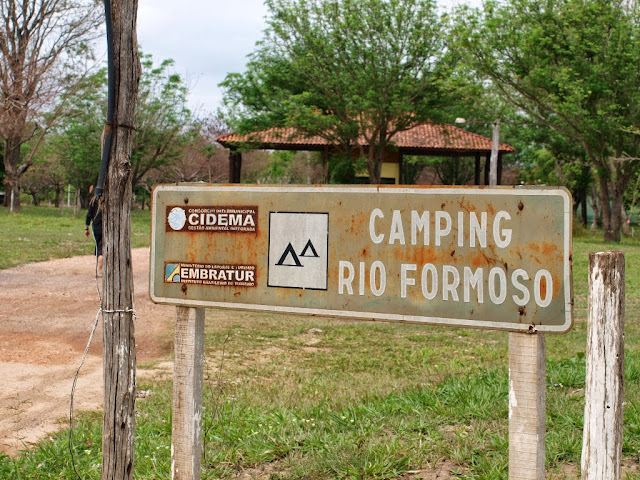 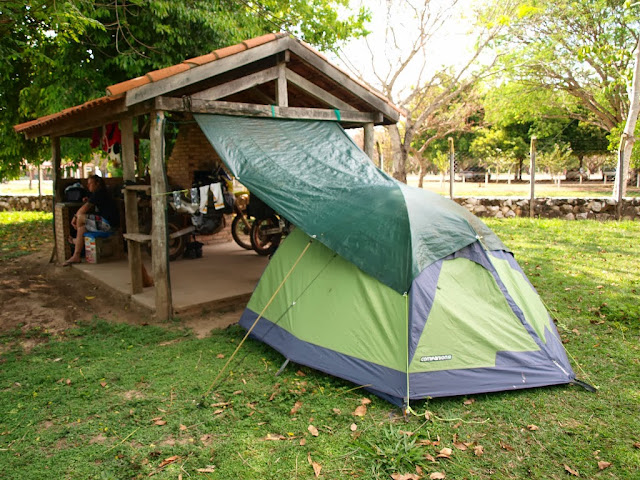 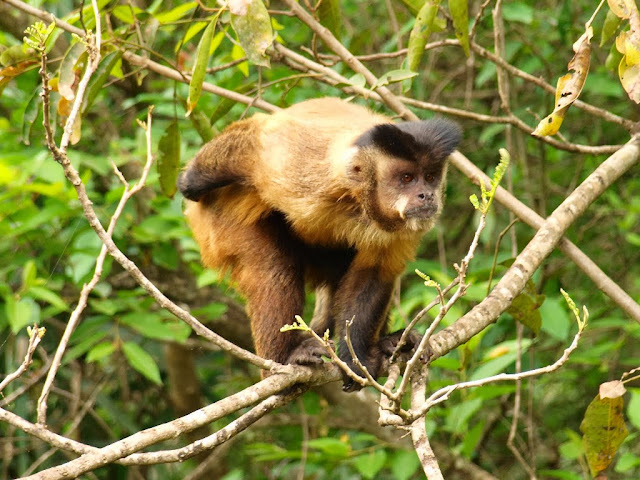 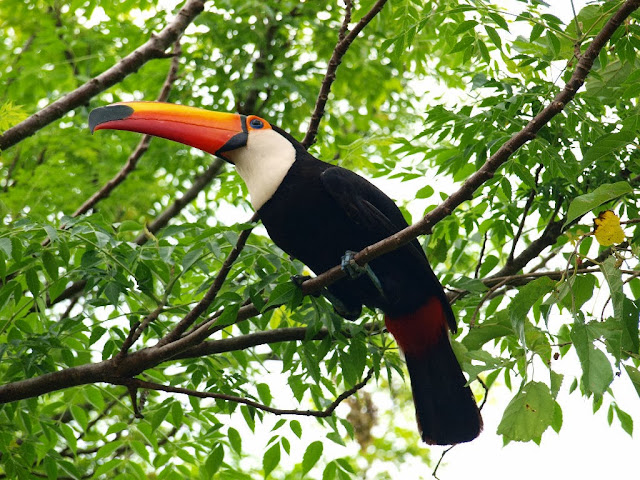 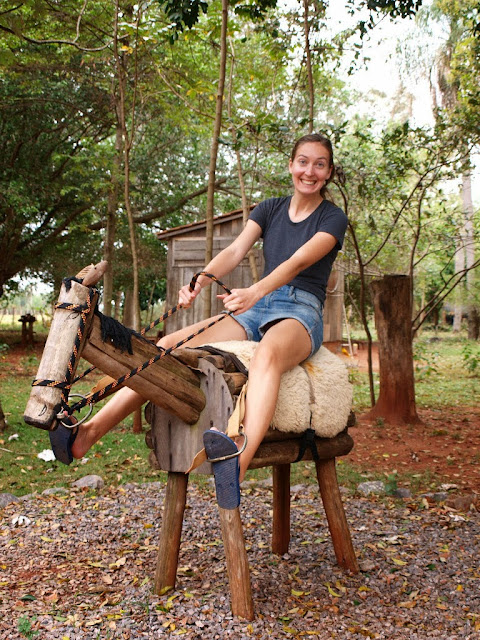 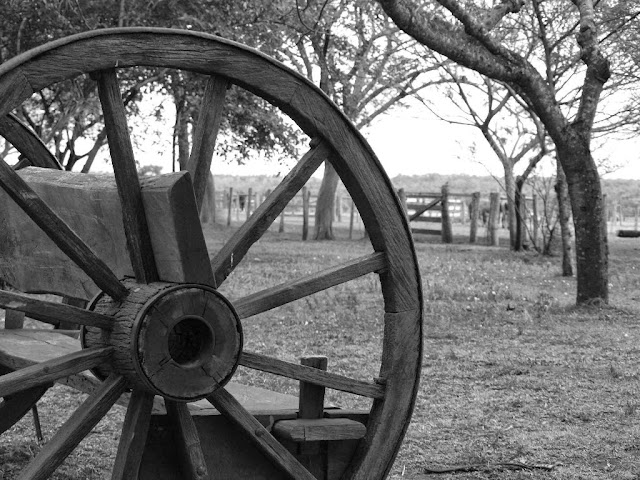 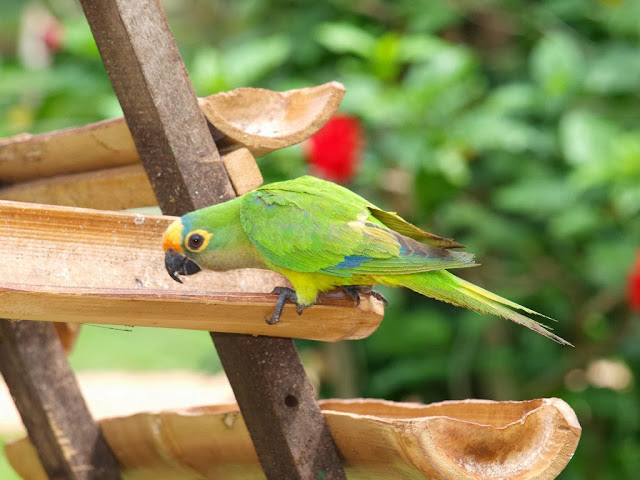 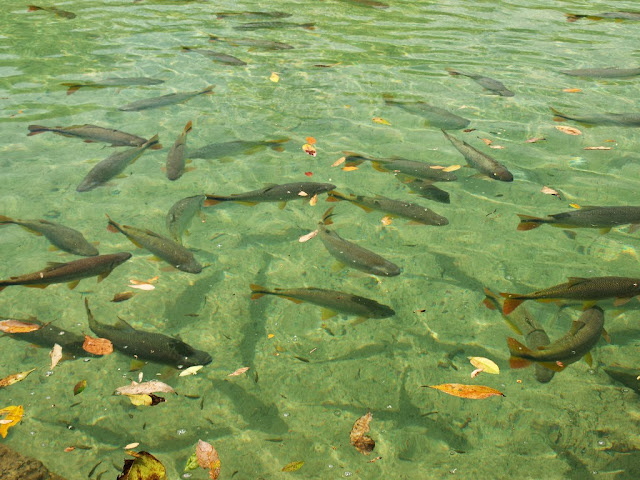 You can never have too many monkey photos 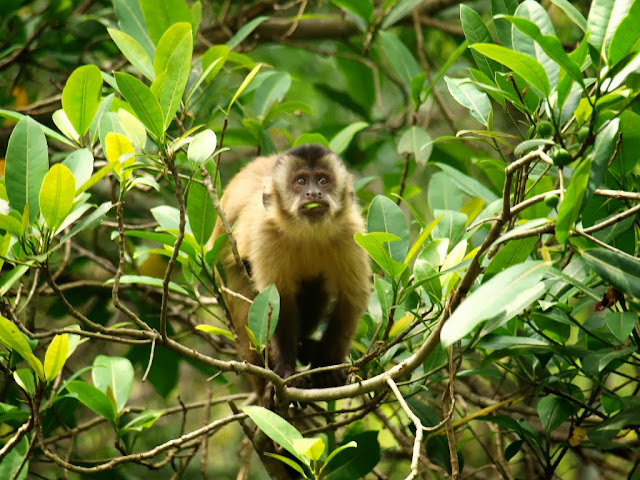 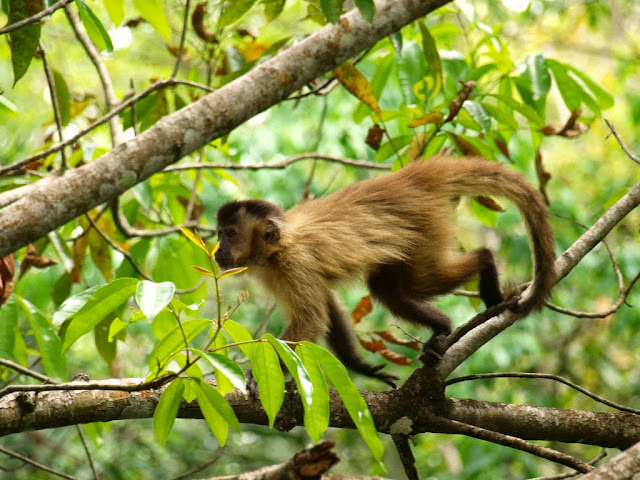 Experiencing a moment with a baby capuchin monkey 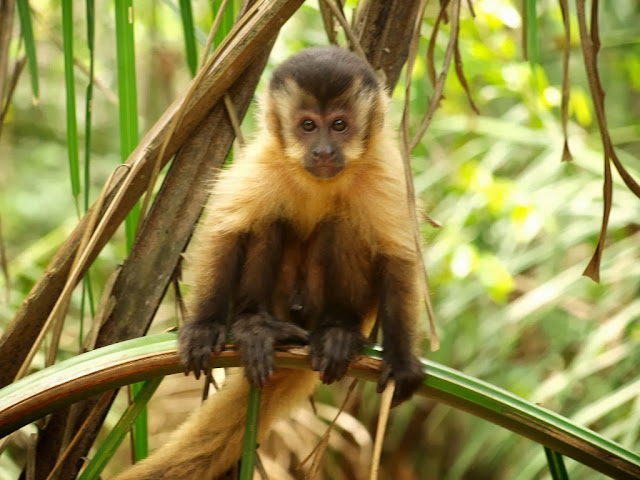 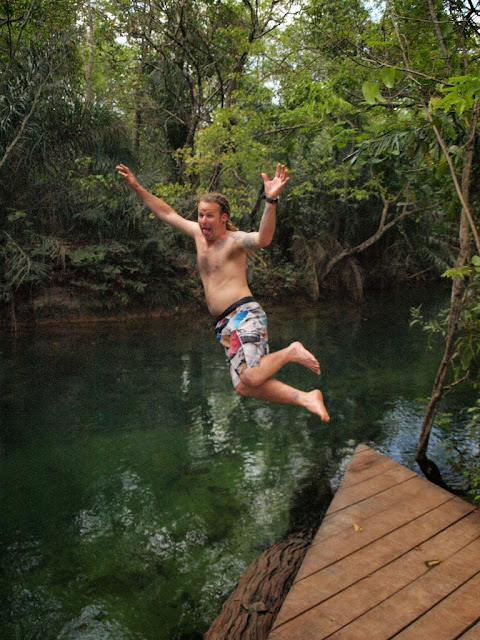 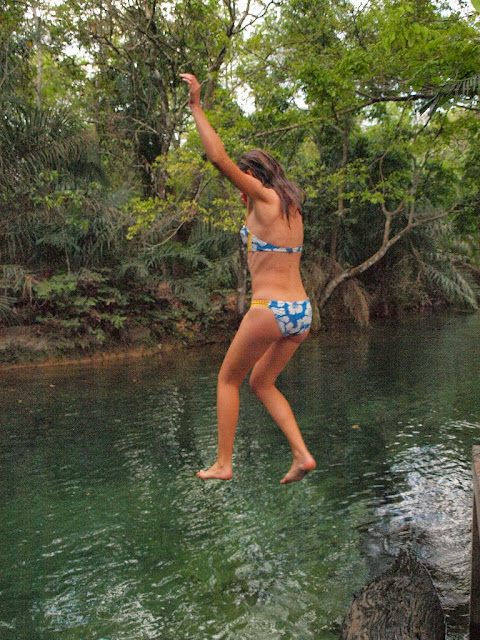 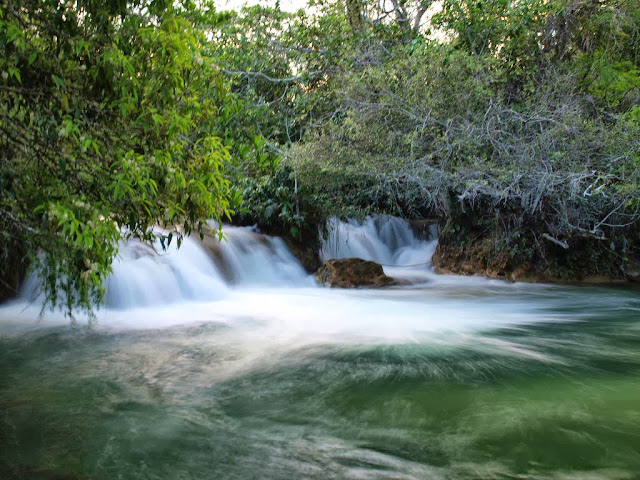 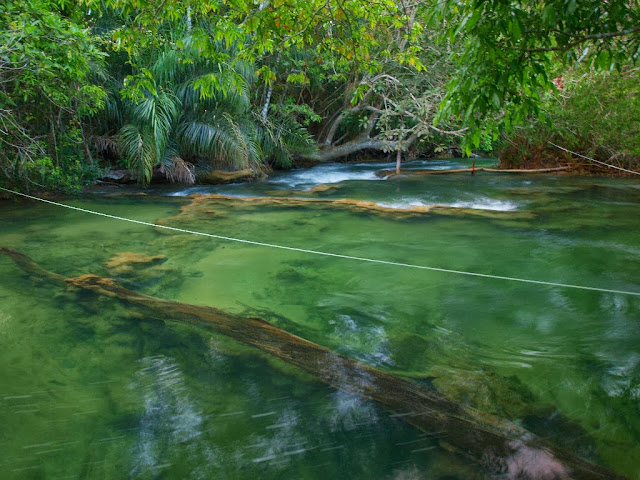 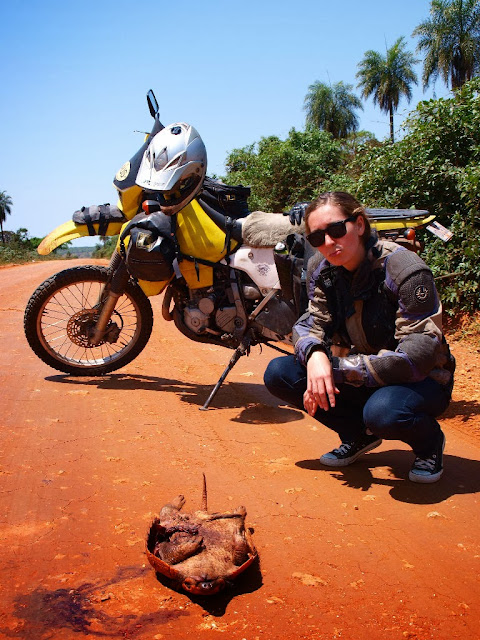 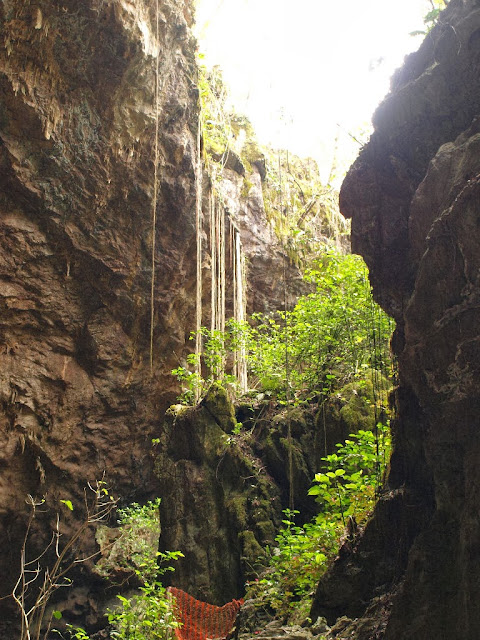 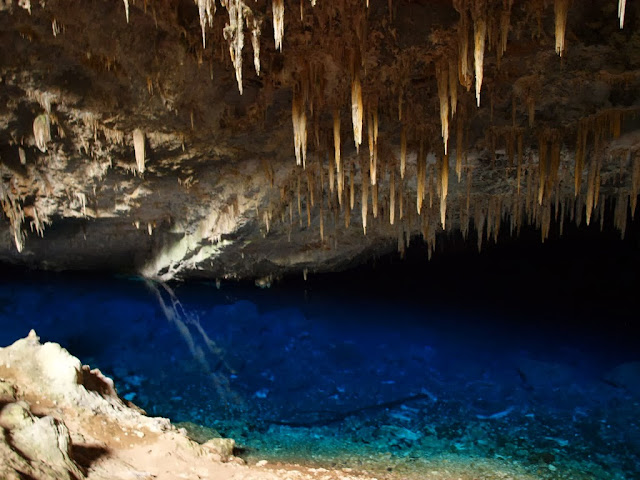