The bikes we chose to do this trip on is the DRZ400E.  This was after a lot of research and test rides on varying size bikes. We decided we wanted something light, agile off road, reliable and cheap to buy and run. The DRZ seemed to cover everything but with a compromise to riding on the Highway. After looking into everything we also decided to get the same bikes for the likes of trouble shooting problems to the amount of spares we needed to carry etc.
Mark's bike: 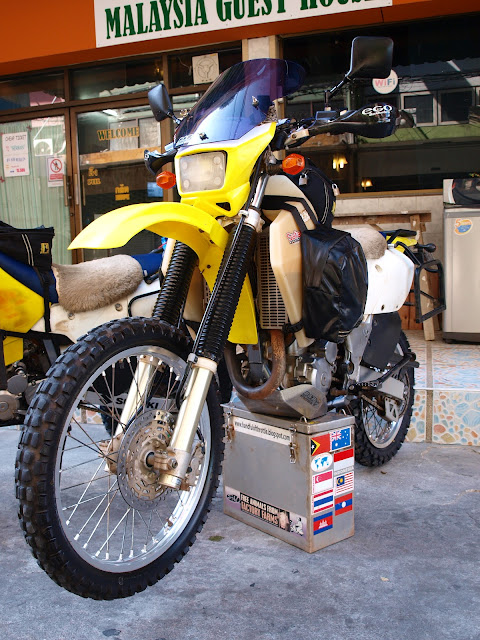 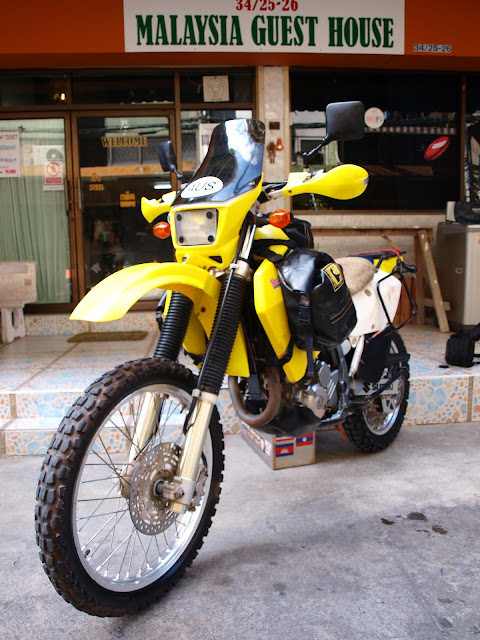 We decided to leave the engine stock standard as well as the exhaust on both bikes. Knowing the bikes are very reliable stock we didn't want to mess with anything that could change this with such a big trip planned. The only other thing we changed was the rear sprocket. We dropped down from a 47 tooth to a 41 tooth, a major change and riding slowly at low speed is not the smoothest but the advantage far out ways the negative. Since changing the sprocket it has now increased the mileage by approx 75km's a tank. Since the bike is only a 5 speed it has also helped with the vibration at higher speeds and sits more comfortably at a cruising speed of about 90-95kph.