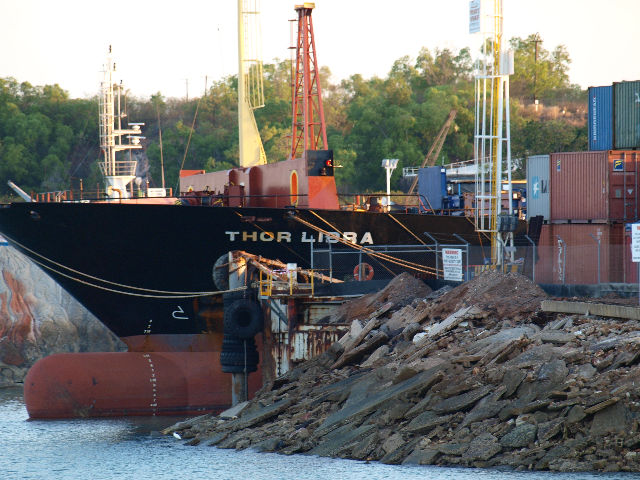 Shipping was made easy by the helpful girls in the office of Perkins. After a couple of phone calls and a visit to their office we decided to go ahead and crate the bikes to get the shipment as cheap as possible. We were able to score 2 motorcycle crates from the local Kawasaki dealer for a carton of beer. All the other bike shops in Darwin were wanting $150.00 per crate which would have ended up costing more I think than if we just rolled them straight into a container. That option is there to roll them straight on and is open to all people wanting to ship but you will pay for it. On the same ship as us a German guy decided to roll is Honda Varadero on, he ended up paying about $20 to $30 more than us, and we shipped 2 bikes!


The Perkins shipping office is not at the container port but on the main road heading towards the airport. You can go see them first to find out everything you need to do as we have heard of a few stories of people getting a bit of a run around. All very helpful there especially the boys in the yard who will help you put your bike back together they even drove me around town for half a day trying to find a new battery which I had forgotten to disconnect!
Date: 22/08/2011 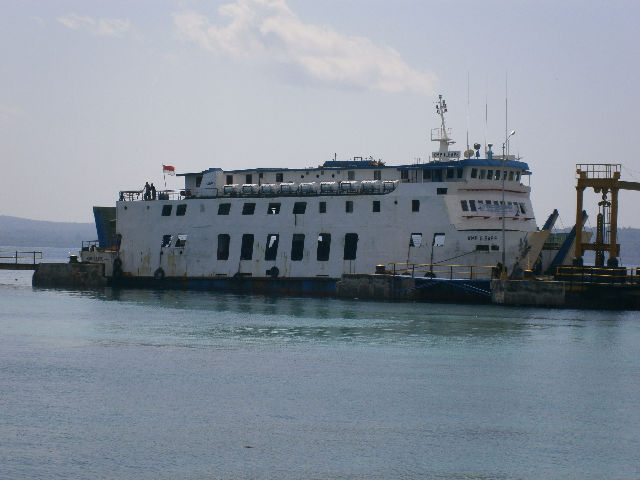 Kupang, West Timor - Ende, Flores:
Frequency: Twice a week
Duration: 18 hours in good weather
There is no good information regarding ferry timetables anywhere we looked. We just headed straight down to the port when we arrived in town and asked directly about times and costs. We were told it would leave at 2pm surprisingly we left on time and got in early. It took 17 hours so we arrived an hour ahead of schedule. Smooth sailing all the way.

Poto Tano, Sumbawa - Labuhan, Lombok:
Frequency: A few times a day
Duration: 2 hours
We timed it perfectly and there was a ferry just docking for us to ride straight on. Was about 11am. Again hard to find information on timetables and there is no accommodation in the village where the ferries leave from.

Lembar, Lombok - Padang Bai, Bali:
Frequency: Every 2 hours (not sure if that is 24 hours a day though)
Duration: 4 Hours
Again we timed it well and rode straight on this time to an almost empty ferry. The swell on this crossing is much bigger than any other crossing we had done so far. Arrived on time but had to sit and wait for the line-up of ferries sitting offshore to wait their turn to go into port and unload. Big delay and not sure what caused the congestion. Overall it took us 7 hours from departure to disembarking.

Merak, Java - Bakauheni, Sumatra:
Frequency: 1 every hour 24 hours a day
Duration: 2 hours
There are a bunch of young street kids that jump on board these big ferries. They are wanting money from you and in return they climb to the highest points of the ferries and jump into the harbour. Once in they are still asking for money. many locals throw coins for them to dive for along with notes!


Cost: Cannot remember the costs of all the crossings but it does come down to size. The locals on the scooters pay very little. Up To 500cc is quite cheap and anything above will pay accordingly! We payed between 45000 IRP to about 185000 IRP with most of our crossings we payed for a small to medium size motorbike.
Date: 01/09/2011 - 08/10/2011 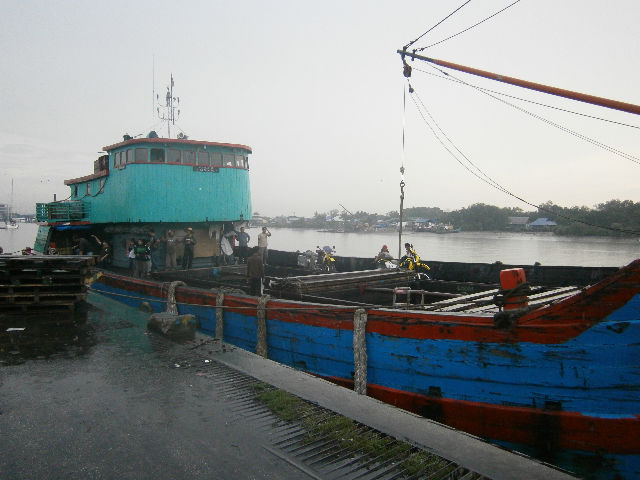 This crossing was the hardest as there are no vehicle ferries going from anywhere in Sumatra to Malaysia. We had heard about the onion boats and that with a bit of patience and haggling we should be able to find a boat for the bikes and we were to catch the passenger ferry. When we first arrived we went to the ferry office and tried our luck but were told no way would they take our bikes. They put us in touch with a guy who helps many travellers in the same case as us. He tried his best to help but being so busy he could not direct enough time to help us find a boat. I think if we were to do this crossing again the best bet is to visit Customs and let them know what your intentions are, they should be able to help you find a boat. The guys at the Harbour masters office tried to help and failed. We managed to get our boat 'The Mississipi' through a friend we made in Dumai. In the end we had to use an agent who was the one we had to broker the deal with. We haggled and got a good price in the end. Cost us 1,500,000IRP for 2 bikes. That did not include unloading the bikes in Malaysia however. If anyone out there wants to know more then check out our blog page on this crossing or you can also email us for further info.
Date: 18/10/2011 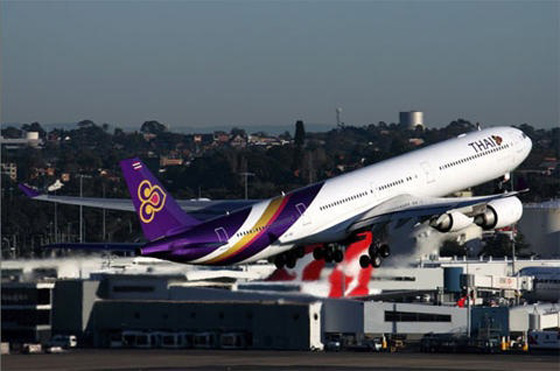 After a little bit of research and many emails we decided on using EXCEL Transport International. (http://www.exctrans.co.th) It came down between them and TAC and we found straight away that EXC were cheaper by 2THB per kilo. This adds up to be quite a fair amount when we have two bikes to crate. Below is the breakdown of what we had to pay per bike.


Mr Thira (ThiraKon@exctrans.co.th) was our agent and was very helpful all along the way and quick at replying to any email we may have sent. In the end he dropped our charges a little, taking off 500THB per bike for handling charges and didn't charge us at all for Transportation costs that came in at 1500THB per bike so a saving of 4000THB in total. Highly recommend these guys to anyone planning the same shipment.
Date: 14/03/2012 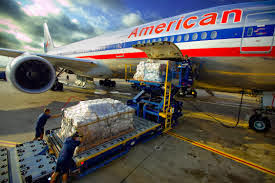 I chose Russell's Freight International to handle the shipment of our two motorcycles. The only reason behind this decision was the cost. We were given a fantastic quote which seemed to good to be true and it was. We always research everything before we make decisions, especially when handling our bikes and the costs involved on such big move. We were given other quotes from other agents which were all about twice the cost. So from that we just went ahead with it and did not look into the company to find out how bad a company they really are.
Our original quote was for 2 crates at 2120cm x 530cm x 1130cm each
We got a quote for 670.68 pounds each
This was for airport to airport and the crating was to be done by us as the company did not offer us this service which we did not want anyway.
It all started going wrong when I called the office up which in itself is a pure nightmare and a test in ones patience. The longest I waited was 55 minutes after which I hung up as I could not sit on hold any longer. The cost of the phone calls racked up very quickly with each and every call. By this time our bikes had already been delivered to Heathrow so I could not really back out. When I did get through I found out the company never organised a Hazmat certificate. They had put on the airway bill 'Charity goods'. After this they had to organise the certificate through AMI I am led to believe. I was then told the bikes would need to be re crated. I was again led to believe they would be re crated in the crates I had delivered them in as they had to open the crates to look at the goods inside for certification. Russell's were given a name of a company to use to re crate the bikes but instead they built an entirely new crate, one big enough for 2 bikes.
This along with the certification cost me another 720 pounds!
So after countless phone calls and emails I was starting to think we were being taken for a real ride with the possibility that we would never even see our bikes again. I struggled to get hold of the manager and when I did it was only via email. The only reason for this was that I kept calling AMI to get them to get Russell's to contact me as they had stopped responding to emails by this point and would no longer answer the phone when I would try to call.
Our bikes were being held up and by this point and we had left the country and were in Buenos Aires trying to organise everything still. The final nail in the coffin was when we got one more email saying that Russell's needed another 1053 pounds to pay the airline (AMI?) as the size of the crate was of such astronomical proportions and that the difference from our original sizing needed to be paid. We were screwed well and proper especially when we received the bikes in Buenos Aires.
We got the bikes and first thing we noticed was that we paid for a crate that was much smaller than quoted from the company after being built. The next was the crate was built around our original crates, they also had never even been opened! WTF!!!
I have never in my life dealt with such low lives as the ones working for this company. The manager Tom should never be at the helm of any company. He was rude and offensive and put all the blame onto me and said that all the problems were a result of what I had done. So no chance of getting any reimbursement from them what so ever.
I still find it hard to believe that this company is still trading and I hope that very soon they will no longer be in business. I am about to report the company for unfair trading and see that this hopefully goes somewhere. I have since found out the company has prior cases pending against them and that AMI are on a cash upfront basis for any business dealings that they do with them.
Do not make the same mistake as I did. Avoid this company like the Plague. I would like to thank Roddy at Motorcycle Freight for his help along the way to see that I would see our motorbikes once again. If only I had known about them before this disaster unraveled I would have a lot less grey hairs than I have now.
The bikes ended up flying with American Airlines via Dallas Fort Worth.

On the Buenos Aires side, things went quite smoothly and if you read our blog on Buenos Aires you will find out a bit more about it there. The overall cost to get the 2 bikes out including everything came to 2000 pesos or US $346.00.