"Hey Rasta, you smoke weed?" was the sentence we heard most in Lombok and on the Gili Islands. We seemed to have stumbled upon a little island nation of Bob Marley devotees and well, stoners.
We headed out to the Gili's with a plan to stay 3 nights. We were unsure about the safety of our bikes so always had that in the back of our minds hence the reason for not staying any longer, we did manage to get in contact with the guys looking after our bikes and after quite a discussion we found they were still safe so decided to stay on the island a further night. By this stage we were quite getting into Island life. Swimming and snorkeling all day in between sitting in the many little huts by the beach eating and drinking freshly squeezed pineapple juice. At night sitting in the Corner Cafe with our new friends having a Bintang or two. Even had one guy there (Uncle Bob) who fixed my dreads up for me. He didn't even want any money for his time but gave him a little cash for his work. We spent a night at Gili Air and wanted to see some more of the islands so off to Gili Meno the following day. We had been told it was quieter there so we were all up for that until we got there. The island is not too different in looks but is more expensive and you see a different type of tourist there. More a package holiday destination than anything else. We decided it was too quiet so headed back to Gili Air the following day for a couple of nights in our cheap little bungalow just a short walk in from the beach. We have been told many good thing's about Kuta in Lombok so that is now our next destination from here.
On our way to Gili Air 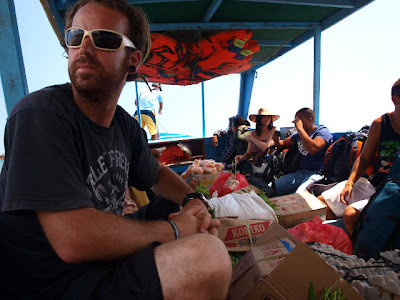 Lombok Ferrari, as the pony-and-carts are called here 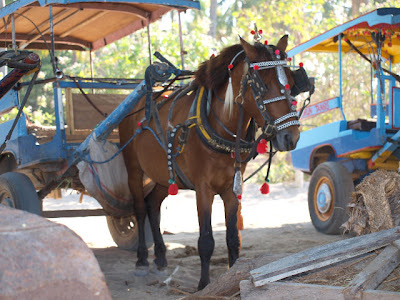 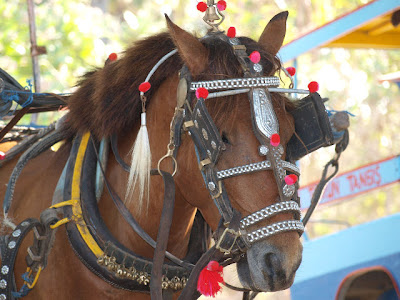 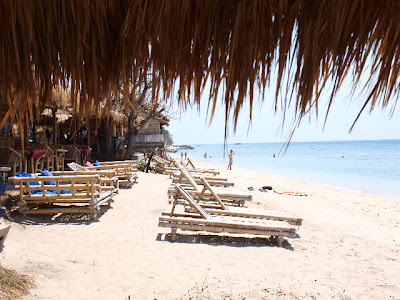 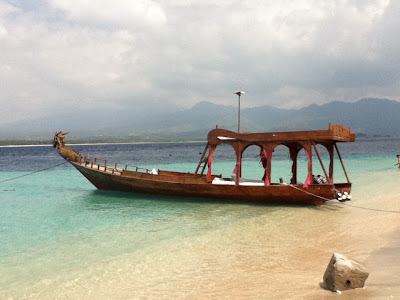 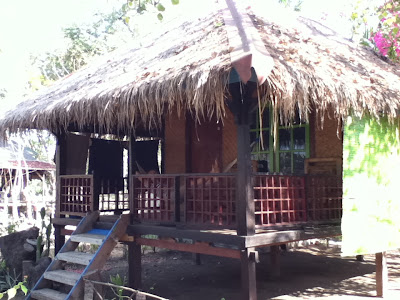 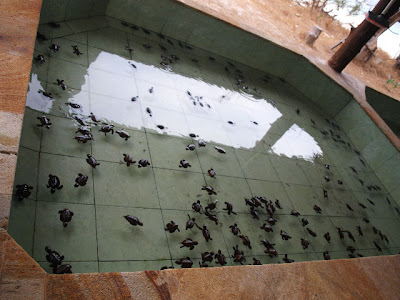 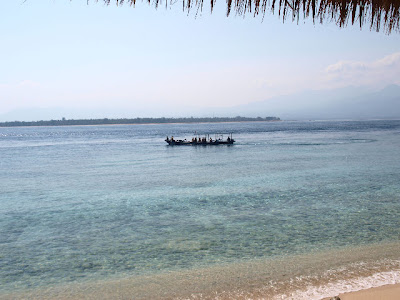 Chillin with yet another pineapple juice 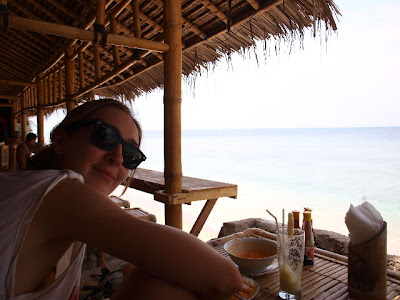 Uncle Bob from the Corner Cafe 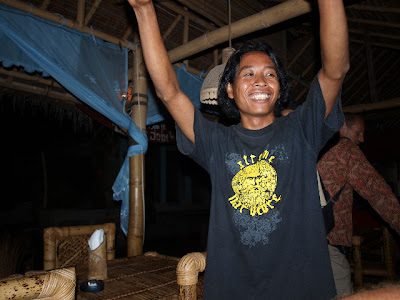 A sweet little puss who decided to join us for lunch 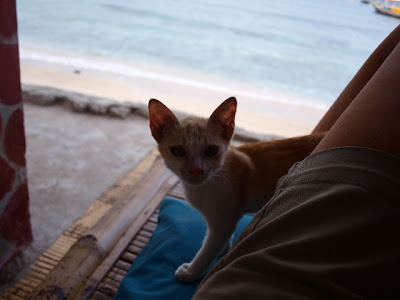 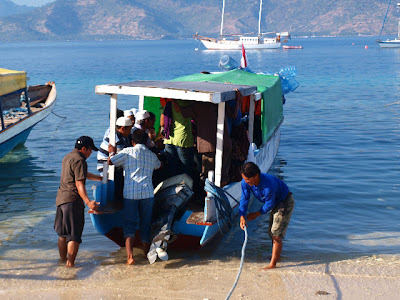