Crossing the border from East to West Timor was pretty straightforward and after doing the rounds to get our passports stamped and the carnets filled out (only after Mark taught the customs officer how to do so!) we were now officially in Indonesia.
Our bikes created much interest among the customs and police officers who would pose with the bikes while their colleagues took photos on their mobile phones. We were getting used to the attention by now; in Asia a big bike is 250cc, so ours at 400cc is a giant! Not so in the west.
The roads on this side of the border did not improve with large parts of the roads washed away and a pothole bonanza. We also soon noticed that the driving here was much more aggressive and fast than East Timor. We tried to find a place to camp that night but it proved most difficult as all space seemed to be taken up by either houses or rice fields. We kept on riding in the hope that something would pop up but nothing did and before we knew it we were riding in the dark on less than desirable roads with trucks and bikes flying past us. Promising each other never to ride after dark in Asia ever again we pulled into the next town we came to and got ourselves a hotel room.
The next day we arrived in Kupang where we would take the ferry to Flores. At first we got a bad feeling about the place. Whereas the people in East Timor were smiling and friendly, people here seemed cocky and aggressive. After a day spent getting supplies for our ferry crossing and finding out if the ferry was actually running we started to feel a little more at ease with the place. Not a place still that we will be in a hurry to come back to.


The ferry port with some very dodgy looking ferries 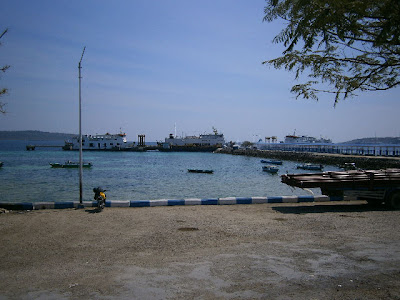 Overlooking the beach in Kupang 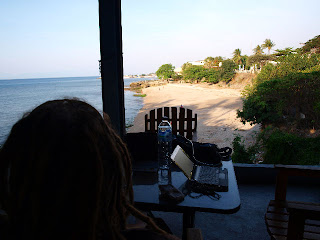 One of the many buses that run east to west. We are grateful for our bikes on the twisty roads here. 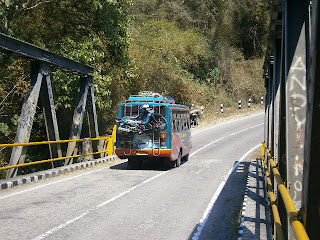 Just another field of rice paddies 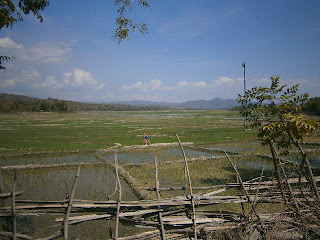