We rode to the Thai border crossing with our 2 month visa in our pocket but unsure of how long an import permit we would get for the bikes. From what we had heard no one gets more than 1 month which would mean that we would have to do a visa run after 1 month to get another month's permit for the bikes. Well, we needn't have worried; we got 6 months which is totally unheard of! The customs guys must have had a good day! 6 months was way more than we needed, we would have been happy with 2 months but we sure didn't complain. We needed the longer permit mainly because of this; in order to get our Pakistan visa we would have to send our passports back to Australia as no one can get Pakistan visas outside of their home country anymore (new rules). We didn't particularly like the idea of saying goodbye to our passports but if we didn't do this there was no way we would be able to enter Pakistan and this would be a barrier to our overland route. To send it via regular post was out of the question so we looked for a Fedex office, the closest one being in Phuket, approx. 600 km north of the border. Although there was plenty of places we would like to check out in between we thought it better to ride straight to Phuket and get the passports and visa applications Fedex'd ASAP. We did have a few stops on the way there, first one being Songkhla on the east coast where we spent a couple of days to fill out the visa forms and also to service the bikes. We found a bike mechanic who let us use his garage to do this.
After Songkhla we headed over to the west coast and spent a couple of days making our way up to Phuket. We rode into Phuket on the Monday and with relative ease found the Fedex office and said bye bye to our passports with fingers crossed that we would see them again! We then headed to the beach area of Ao Karon where we checked into a guesthouse and went out to see what Phuket had to offer. The answer to that would be Tourism Hell! It is basically one big resort with not much authentic Thai culture anywhere (unless you count the 'hostess bars' (of which there are hundreds) as authentic. There was a surprisingly huge number of Russians here, so much so that every other sign would be spelled in Thai and Russian. Maybe the Russian mafia runs brothels? Scandinavian bars were also plentiful with many restaurants claiming to serve homemade Swedish cuisine... It was all a bit tacky really and not a place we wanted to hang around for long. The beaches there were actually quite nice but the problem was you could barely see the sand for deckchairs and tourists. We stayed two nights and then started making our way down south again to the islands of the Krabi region. 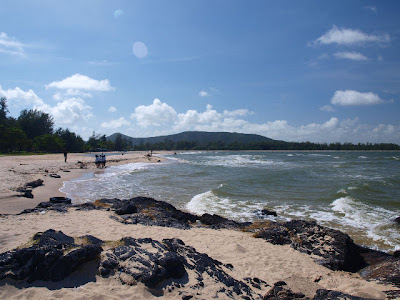 Doing an oil change on the bike 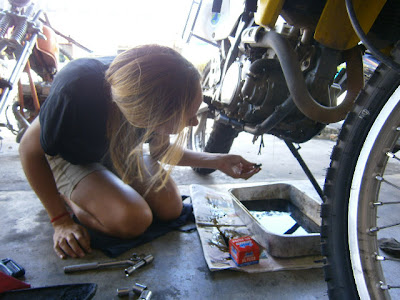 They call me Crazy Cat Lady 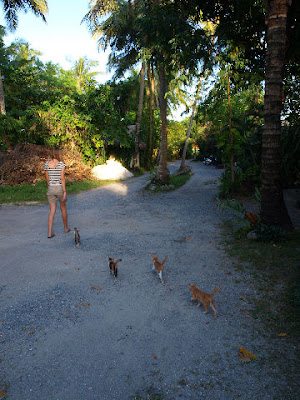 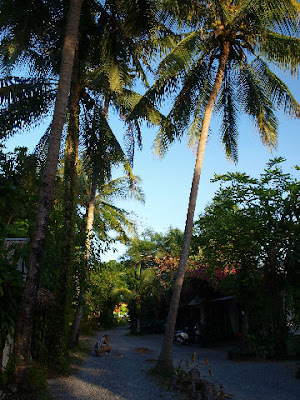 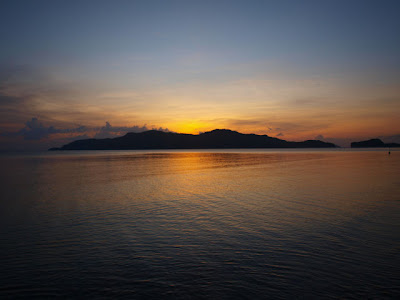 Packing up the bikes in Krabi 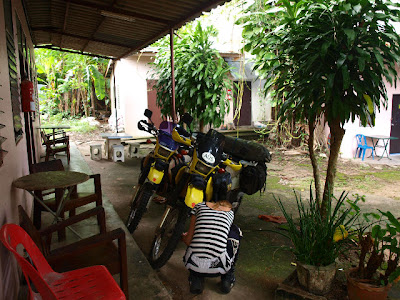 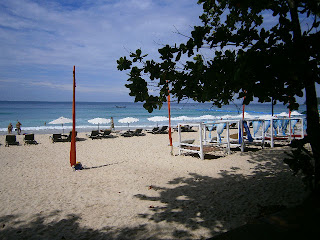 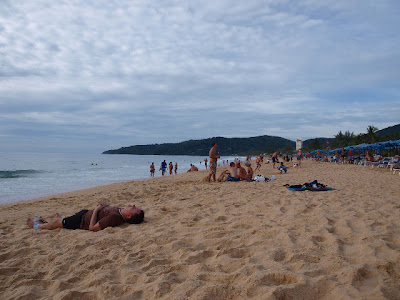 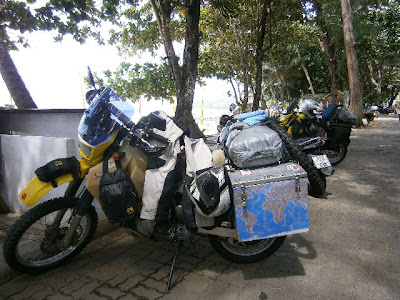 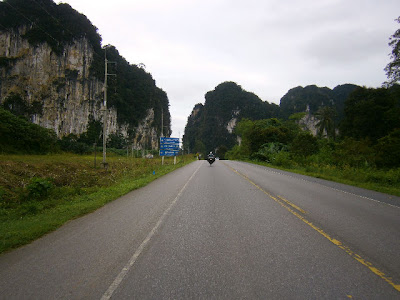