We hit Langkawi after a few ordinary days spent on Penang. We were needing to be re-energised after being disappointed with Georgetown and the surrounding area. The hardest thing was that we had to leave the bikes behind again. There are no vehicle ferries to to the island of Langkawi and to freight them was too expensive. We are always unsure of who we should trust when leaving the bikes, but have always been happy to find the bikes in the same condition as we have left them.  So in no time at all we found ourselves on the ferry for the 1hr trip. Being in such a hurry we forgot our guide book and had no idea of what to expect or where to stay. Once we disembarked we were approached by a couple of young french guys who asked if we wanted to share a taxi to the main tourist are of Cenang Beach. Not sure where we were going we went for it. Arriving late with no accommodation it took a little walking around to find a place but managed to come up trumps at a cheap hotel right on the main strip. We were pleasantly surprised straight away we with we saw including some good restaurants but best of all is Langkawi is a duty free island so beer was dirt cheap. Love cheap beer especially after the prices in the rest Malaysia and Singapore.
We stayed three nights on the island. While on the island we hired a scooter and checked out what the island  had to offer. From large marinas to beautiful mountains and waterfalls in between and surrounded by beaches. What else could we ask for?


Swapped the bikes for a blast on the jet ski 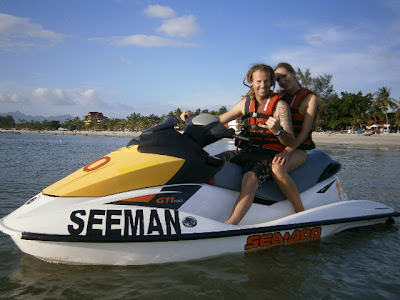 One of the four marinas on Langkawi 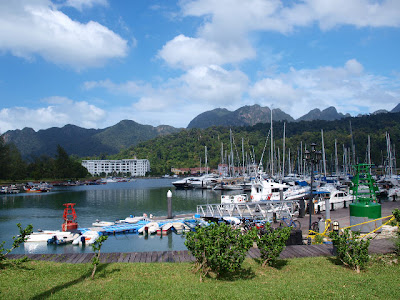 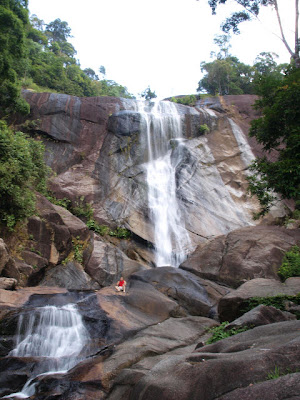 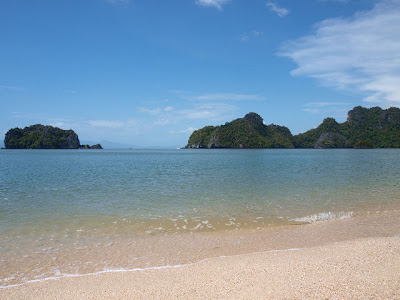 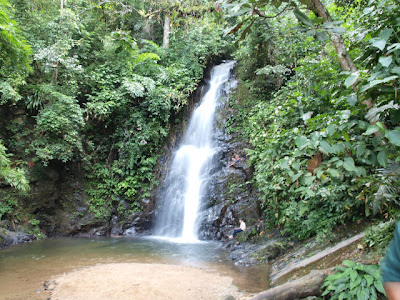 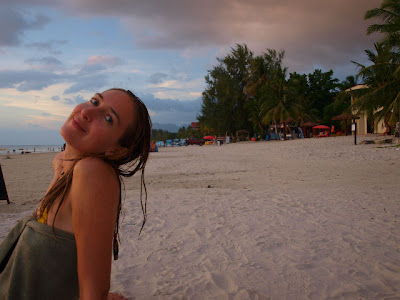 Can never get sick of a beautiful sunset 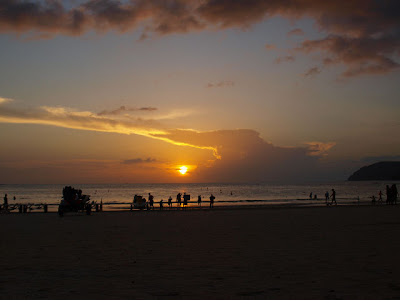 The steepest cable car ride in the world 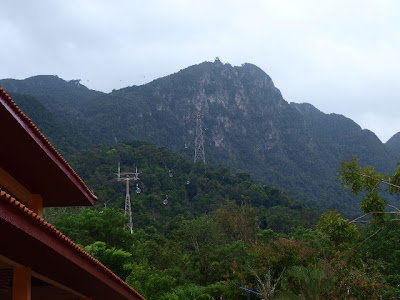 One of the views from up top 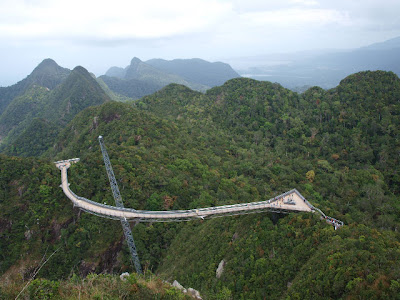 It was all smiles until the cable car stopped at the highest and steepest point due to high winds, lucky us! 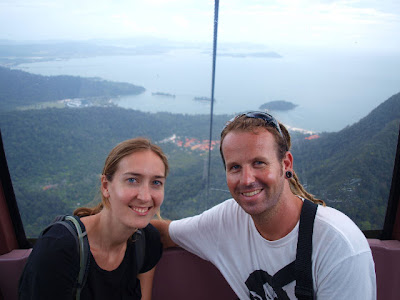 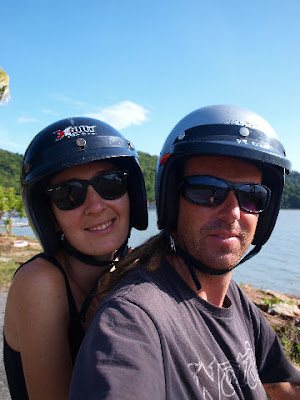 Wheelie practise with all the appropriate bike gear on! 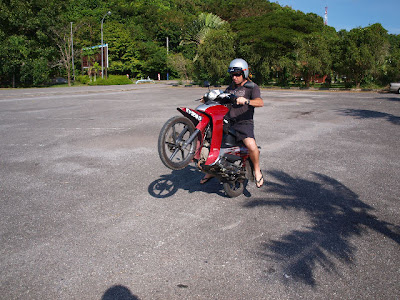