Our last stop in Nepal before crossing into India was Lumbini - the birthplace of Buddha. It is a World Heritage Site and attracts pilgrims from all over the world. The first thing we saw was a decorated elephant walking down the road with a man on top. We stopped to stare at them and they stopped to stare at us! As we pull up outside a guesthouse we see a bike parked outside and not just any bike - a DRZ400. Matt from England had ridden it all the way to here and is also going around the world. The next thing we spot is of course...Frank! The German rider that we have now run into about five times all over Asia. I'm sure we will keep running into each other all the way to Europe! So the four of us sat down over some beers and shared stories from the road. Matt had even been to Iraq where he had some interesting stories from. Maybe that's a country we should visit too? Apparently it's really easy to get in with a visa on arrival.
The next morning we went to explore Lumbini. Turns out there was a festival going on that day so it was full of pilgrims. It was a melting pot of people, animals, food and deafening music. We walked around the place and observed the many people who had come here to touch the exact spot Buddha was born and to take a wash in the holy pond. Many countries such as Thailand and Burma have monasteries there and there is also an international meditation centre although I doubt how much meditation they could have gotten done that day with all the noise. Apart from the religious places of interest there was also a fairground with rides that looked like they had been built out of some old garden tools and could fall apart at any time. This place seemed so different from the rest of Nepal and people living here looked decidedly more Indian, but then we were not far from the border. Turns out, as far as craziness and mayhem goes, we had seen nothing yet. Next stop India... 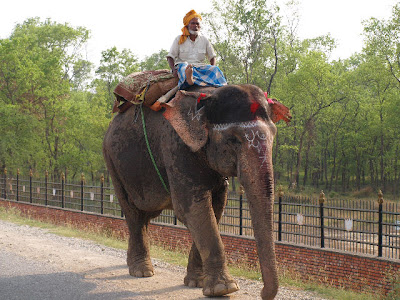 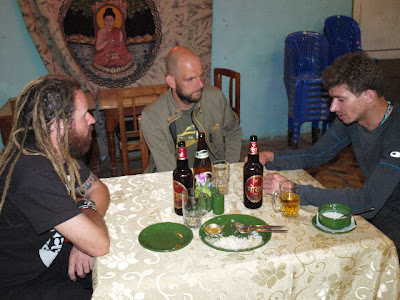 It looks like muddy water but is sugar cane juice 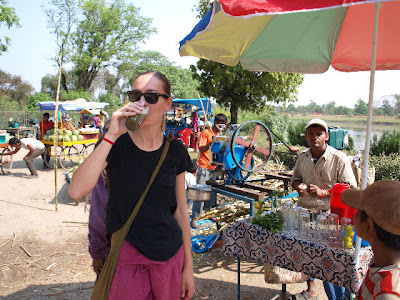 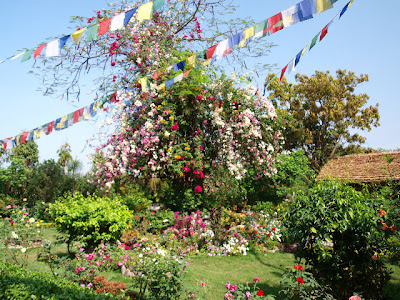 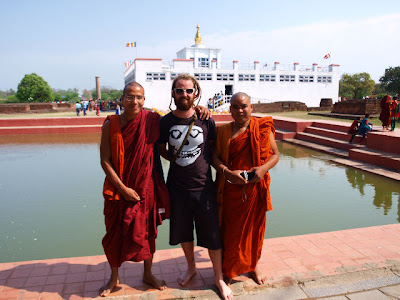 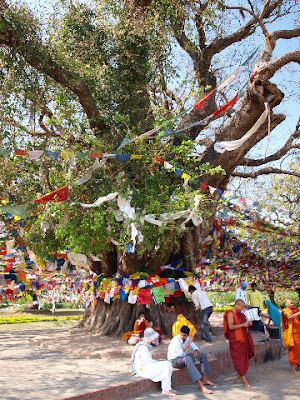 Pilgrims getting a little bit of holiness from the sacred pond 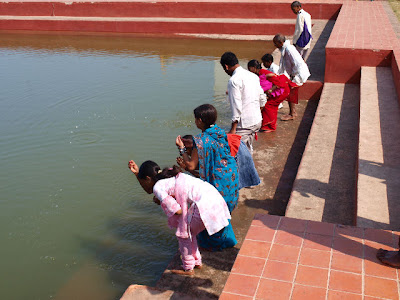 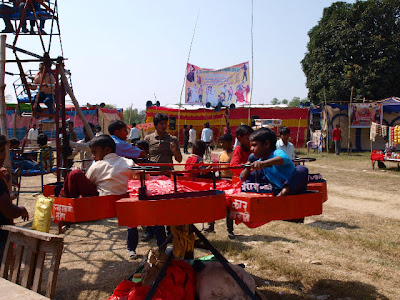 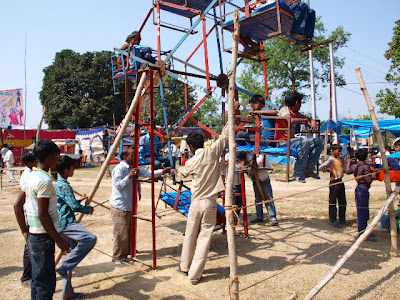 Mark got pulled into the fun and games 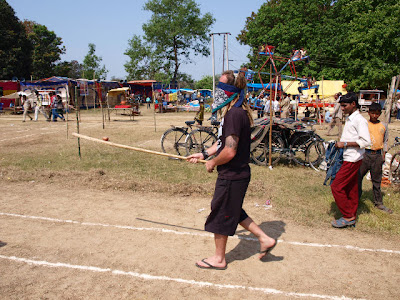 He missed by the way 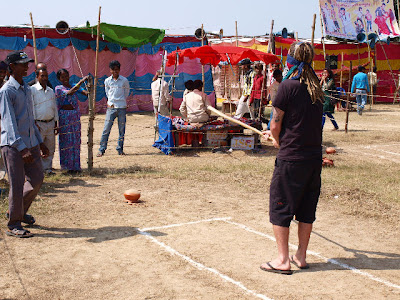 So did I with the balls 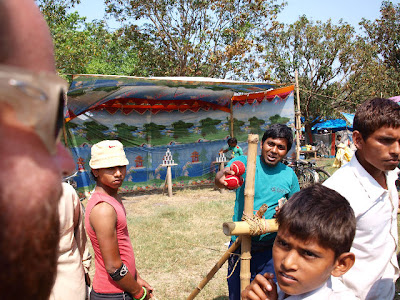