Pokhara is the second big tourist town of Nepal after Kathmandu. One of the most popular treks, the Annapurna Circuit, sets out from here so there are lots of hikers around. The weather being so hazy we decided not to go hiking. Besides, we really enjoy just being on the bikes and explore a place on two wheels. We had heard about a so-called Overlander Campsite just outside Pokhara and as we hadn't used our tent since Indonesia it was about time it got aired out again. The campsite is dead cheap to camp at - under $1 per person and had the hottest shower and fastest wifi we have had in all of Nepal - all in a middle of a rice field! There were no other bikers there at the time but a couple of cars that had come overland from Europe.
We also rode up to Sarangkot, a small village at the top of the mountain overlooking Pokhara. We had been invited by Daniel, an American we met while trying to clear customs in Kathmandu. He is running a project up here trying to develop agriculture within the local community. He is originally a university lecturer but now he lives here. Really nice guy. He introduced us to an Italian/Spanish couple who stays in one of his farm houses here and we ended up spending the night there. Nico and Lakshmi have lived there for about a year and have renovated the house they live in and is cultivating the vegetable fields there. They were such good hosts to us, cooked us dinner and told us so much about Nepalese culture and customs, all very fascinating. We hope they make it to Australia one day, maybe on a motorcycle! 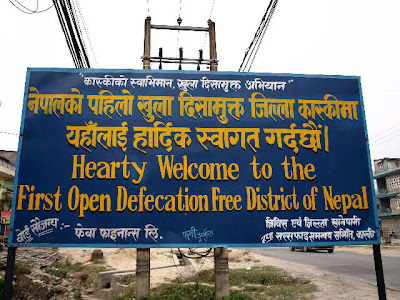 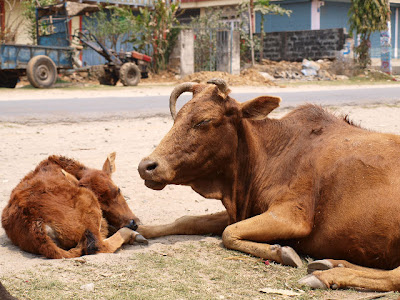 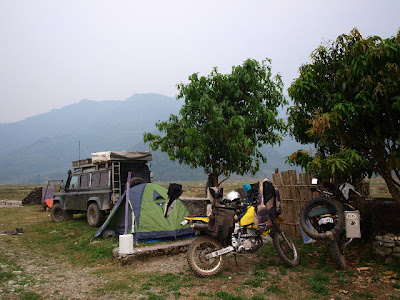 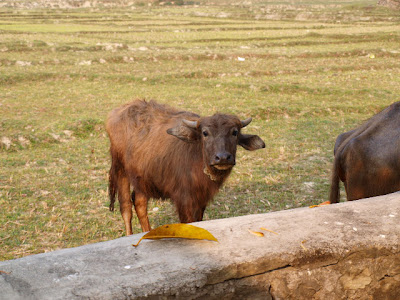 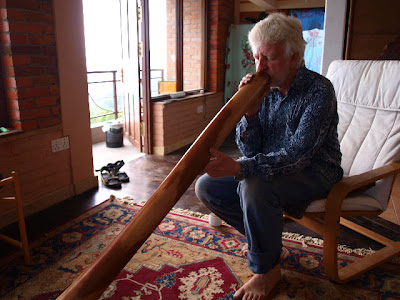 The cosy little farmhouse we stayed in 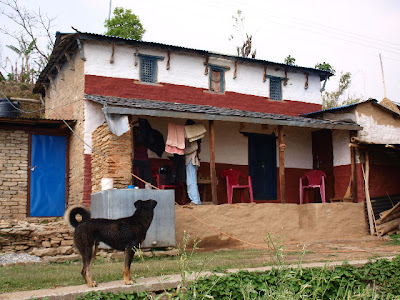 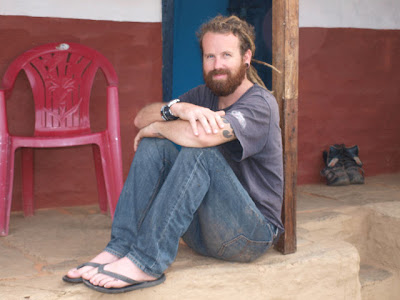 Our lovely hosts Nico and Lakshmi 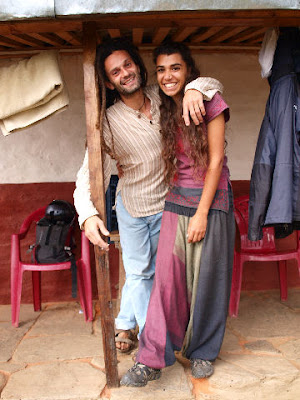 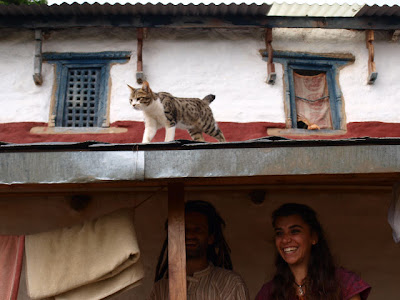