Seemingly we are in Nepal at the wrong time of year to truly appreciate the beauty of the nature. As it is now the build up to the Monsoon there is a constant heat haze covering the mountains which is a little bit annoying but what can you do? We are still enjoying the roads here however bad they might be! We left Kathmandu to go to Nagarkot where apparently the views to the Himalayas is stunning but all we got was...haze. After a quiet night there we followed an incredibly steep, rocky and dusty road with many switchbacks down the mountains. What surprised us (but not in a good way) here was that almost everyone (especially kids) who we passed asked us for money or sweets. Adults too would sometimes hold out their hands and make a gesture as if to ask for money. Nepal is a very poor nation, 80% of the population lives on less than $2 per day. We joined the Arniko Highway that takes you all the way to the Tibetan border. Highway is highly overrated for this road! It is half tar-half dirt mainly because of numerous landslides as the road clings to the mountain side. It was an enjoyable ride though - where we stayed that night not so much! By the time we arrived at the Tibetan border, Mark was seriously craving a toilet! I was given the responsibility of finding a guesthouse pronto so dear Mark could relieve himself! I basically took the first guest house I walked into and it was really cheap at $3. So what do you get for $3? Turns out not much! Our room was what you would call a "box room" or cell perhaps is more fitting. Unfortunately for Mark it also had the smelliest toilet we've encountered on this trip so far! The smell of piss was so strong that it felt like it was penetrating through your pores! Nice.
We walked up to the border where a Friendship Bridge marks the border between Tibet and Nepal. I nicely asked the border guard if I was allowed to walk on to the bridge to take a photo but I was told that if I did that the Chinese would come and have a word with me, so I thought better not! Instead I sneakily took a photo of Mark with the Chinese government buildings in the background. As you can tell from the photo we were both a little nervous to end up in a Chinese prison!


Mark with two little ones 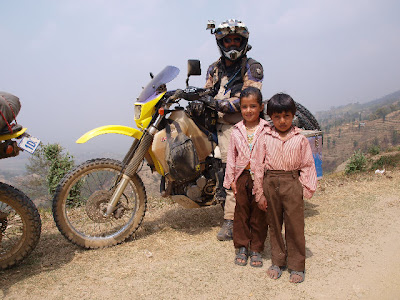 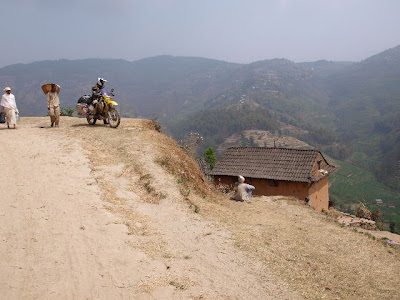 Lunch break by the river 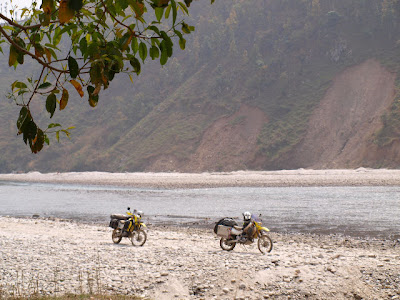 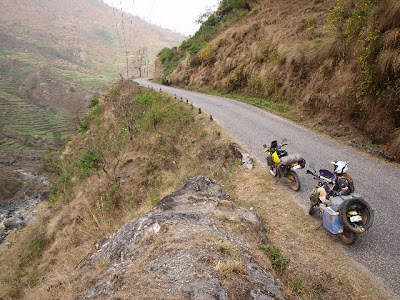 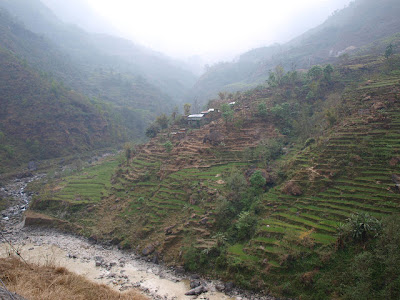 Bungee jumping at The Last Resort 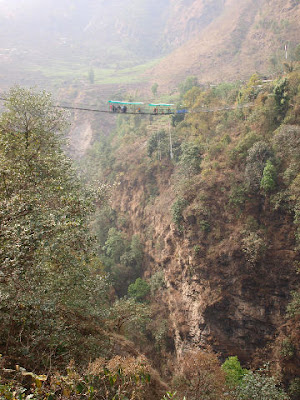 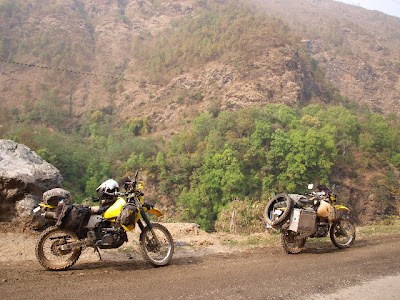 Paranoid much? Mark at the Chinese border 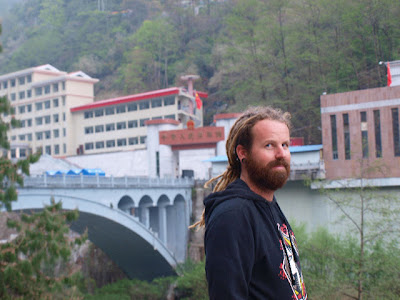 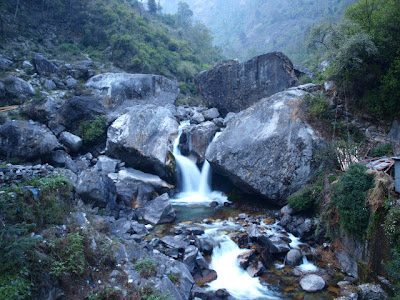 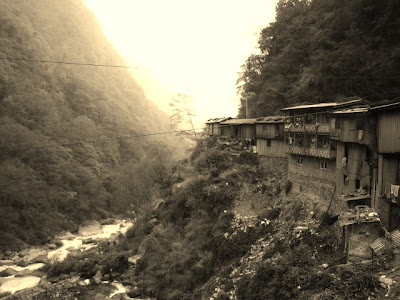 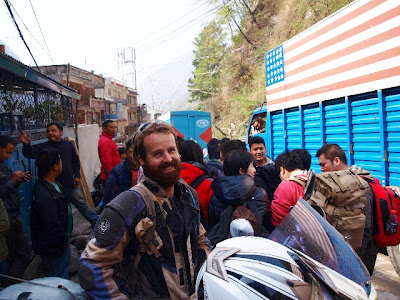