After leaving Lumbini we headed south to cross the border into India with no problems except it being a time consuming task. Our first stop in India was Gorakhpur which was a shambolic city to say the least and we had stopped there purely to stay the night before moving onto Varanasi. Our first two days of riding in India was an eye opener and to think we were going to be here for a month was a scary thought. To put it simply we are at the bottom of the pecking order when it comes to who has more right on the road. Forget road rules as they do not apply here and when you come to the realisation that you are just another object for people to dodge, you somehow get on with the task at hand which is to keep yourself alive. Here you are simply invisible to any other person on the road which we soon learnt with many buses overtaking other vehicles coming straight for you at the worst time possible. After a good few crazy hours on the road we soon made our way into town and then the fun began again navigating our way through with little to no signage, but with help from a few locals we made our way to our hotel where for our first time on this trip paid more than we would ever pay for a room, but for us it was time to recharge our batteries and do it with a little luxury. Inside our little haven it was hard to imagine the going on outside our world of comfort. It didn't take long however for that bubble to burst the moment we stepped outside to the constant sound of horns and usual mayhem of Indian traffic. The main thing we wanted to check out here was of course the river Ganga and the numerous ghats that line the river of the city. This being THE holiest city in India brings a lot of people to its shores for a bath in its holy waters (even if I was a spiritual person you would never get me to step foot into that water!) and it was fascinating to see people go about their daily buisness on the river's edge from bathing, washing clothes, swimming and the most intriguing burning the dead. Many people are brought here or have come to stay here on their final days and after their death are cremated by the river. It is said that if you die here you get released from the endless cycle of being born and dying. Firstly the bodies are weighed as to know how much wood is needed to burn the entire body - apparently this is quite a science. From here one after another, people are carried by bamboo stretches wrapped in all sorts of different decorative dress and placed into the river. They are then put on top of their pile of timber before being covered with oil and butter then set a light. For an outsider I thought I would be shocked to see this but I was more intrigued then anything. It is so different to anything I have ever witnessed when it comes to a funeral but truly surprising to see how death is really so final. At these ceremonies women are not allowed and it was in a way hard to see that some bodies were just left in the sun with no family around them before being cremated. There are also many temples in the city but we just didn't have the energy to check them out. We have seen so many on the trip so far we thought that to miss a few would be ok. 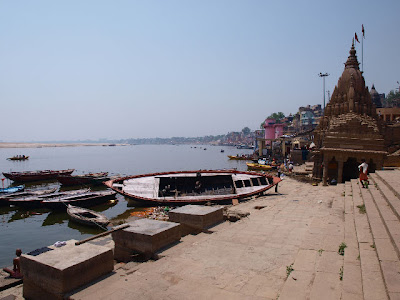 Locals come here for a bath in the holy waters 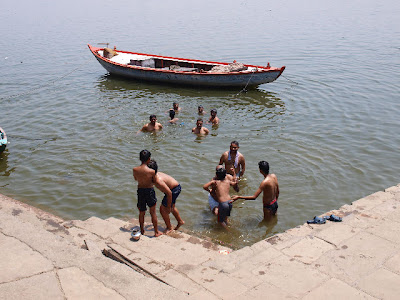 And to wash their clothes 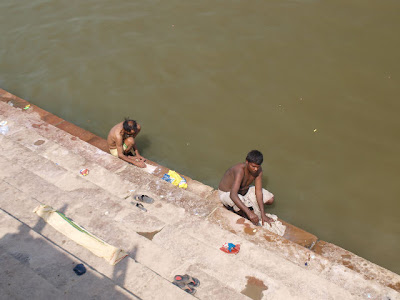 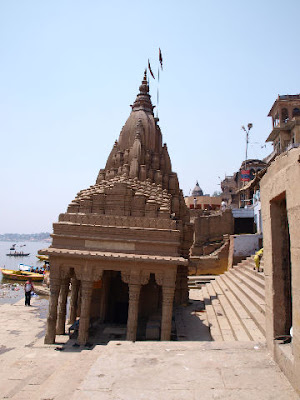 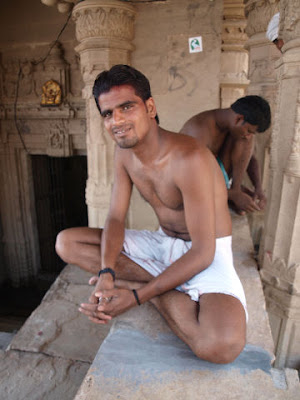 He also told us about the local delicacy called paan,
a euphoria inducing formulation with adverse health effects 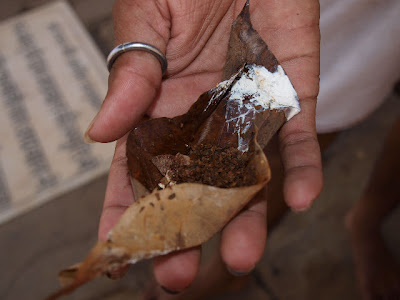 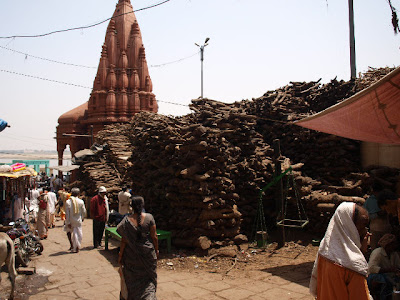 These guys are everywhere through the city 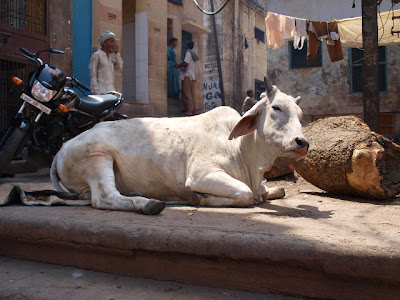 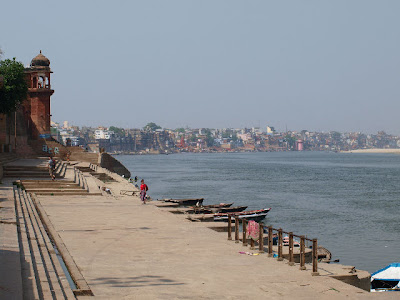 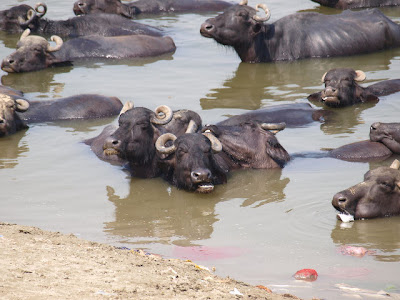 This is one of the two 'Burning Ghats' in Varanasi It is not just Indonesians that like to overload their boats 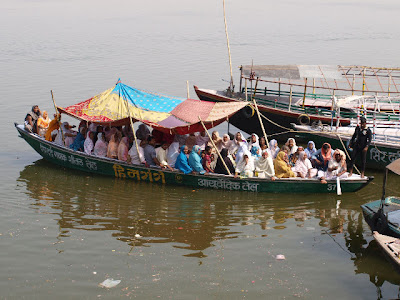 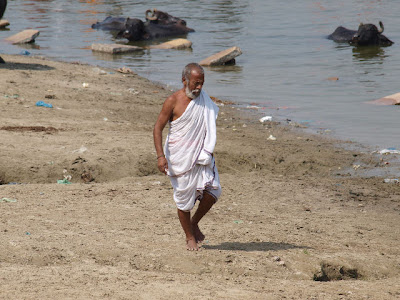 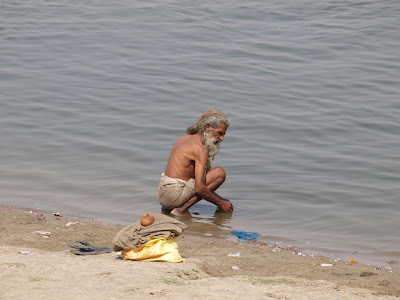 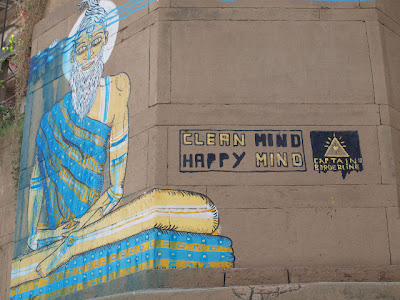 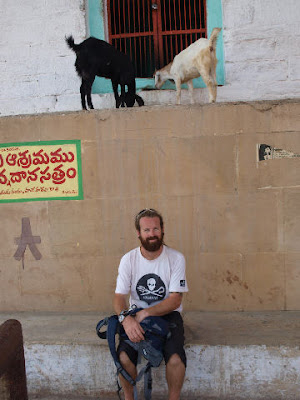 It's a dog eat dog world here in India - literally! 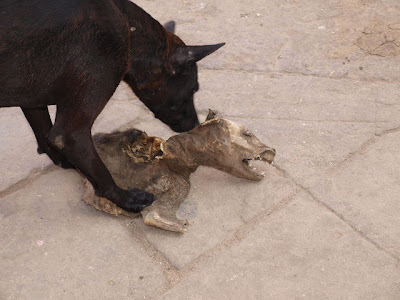 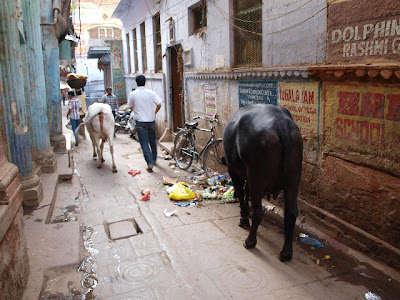 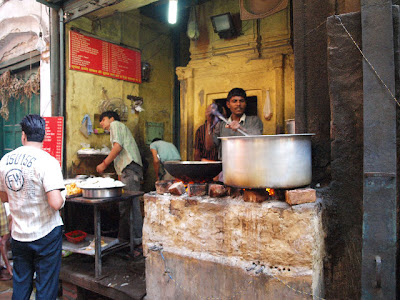 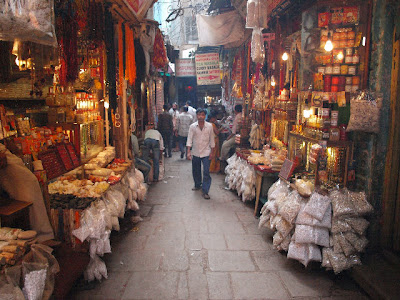 A typical chaotic day on the streets 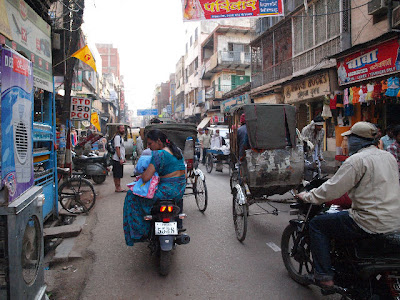 The curiosity of the locals is astounding 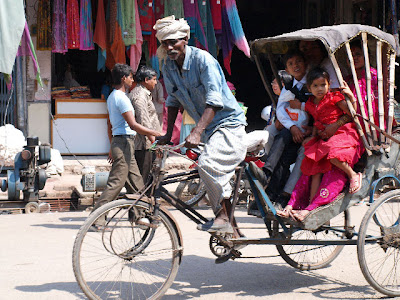 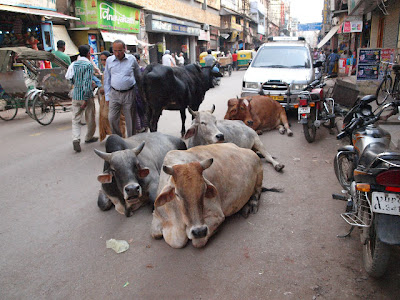 This is our first bit of luxury on the trip, we even had a pool which was much needed in the heat here 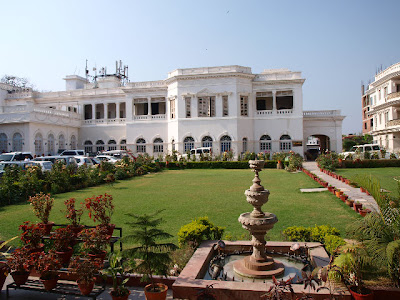