Derby marks the western end of the Gibb River Road and we stopped in here for the latest update on the road conditions. The road itself was open but a lot of the side roads that lead up to the Mitchell Plateau were still closed from the big wet season they had had. One of the roads, the Kalumburu Road was that badly damaged that it was not expected to open for another year!
Outside the tourist information we met an aboriginal fella called Keith aka Big Bird! We chatted about what we were up to and he carved a picture on a boab nut which he gave to us. He also expressed doubts of us crossing the Gibb as it in his opinion would be dangerous, especially the two major river crossings, the Durack and Pentecost as they were full of crocs and "supposedly" a truck once got washed down the river by the current. Well, that wasn't really what we wanted to hear but by this stage we had been told hundreds of conflicting reports on the road conditions and river heights so we didn't know what to believe but it was going to take more than that to deter us...
Big Bird busy carving 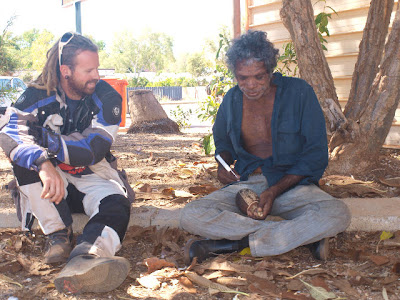 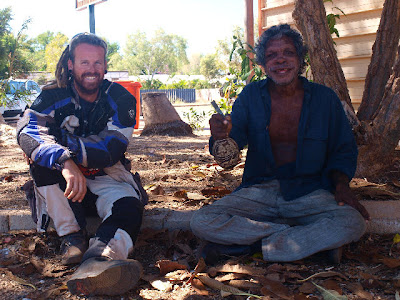 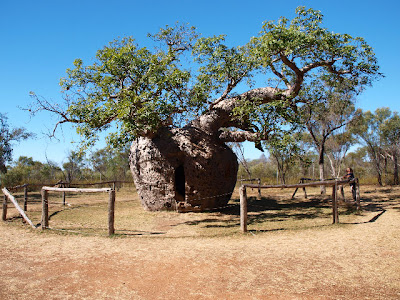 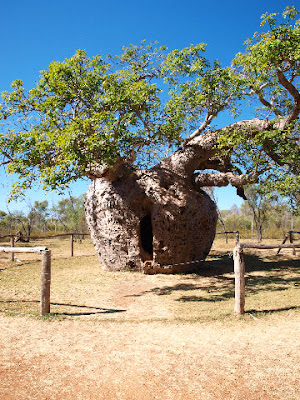