Today we had a 180 km ride to get to Home Valley Station. And it was the day we were to face the dreaded Durrack River which we had heard so many mixed reviews about. Thankfully our worries were put to rest when we pulled up at the edge of the river crossing. After walking through it looking for the best path (and also the local crocs!) we managed to ride the bikes across the bumpy, rough surface without incident. Took a few pictures and we were good to go. This was the river one guy said went up to his chest...we wonder what he tells his mates!
Thankfully the road improved from the previous day and we had a good ride to Home Valley Station which is where the blockbuster hit movie (ahem!) Australia was filmed. We welcomed the opportunity to do some laundry and have a shower as it had been about 5 days since we last had a wash. Spent the night sitting around the campfire with a few beers and funny enough ran into Big Bird's (the aboriginal fella whom we met in Derby) brother who worked on the station. We went to bed feeling slightly uneasy about the next day's river crossing - The Pentecost River. Turns out, this was the river we ought to worry about. Many people looked at us with disbelief when we said we were going to push our bikes through this croc-infested river. Well, we knew it would probably be too deep to ride through so we really had no other choice than to push...
You need to keep your eyes open on this road or you could run into a cow around the next bend! 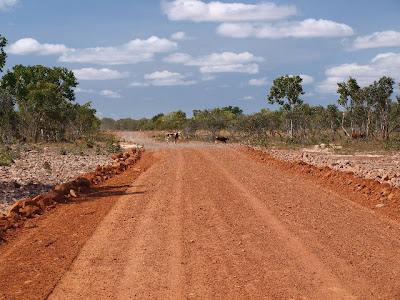 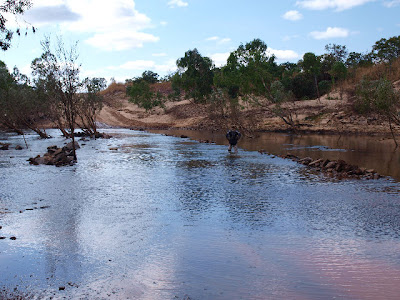 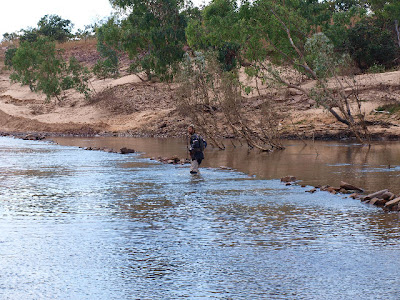 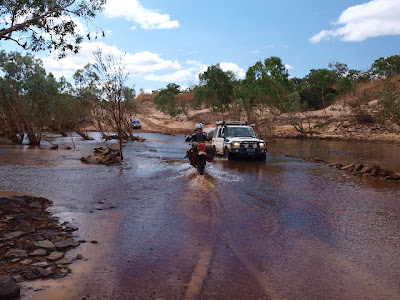 It's important to stop for munchies! 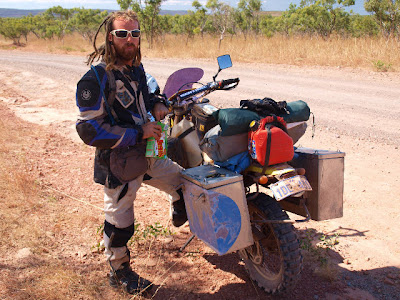 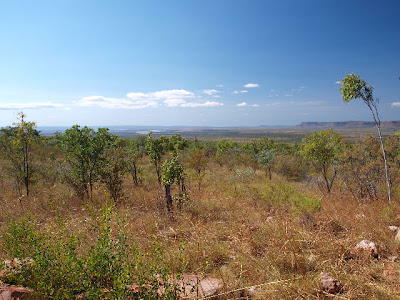 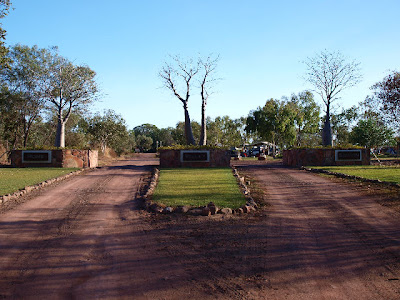 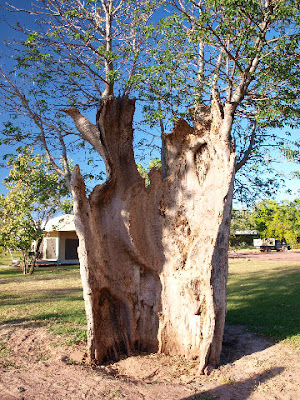