When we fuelled up at the roadhouse in the morning a guy warned us that the road from here would deteriorate. "Like a speedway track", he eagerly announced. As we do with most of the warnings we get we took that comment with a grain of salt and set off. Only a couple of hundred metres down the road was the first river crossing of the day. Up until this point we had ridden through numerous river crossings although they had all been fairly easy and not too deep. This one didn't look too bad either, although we could see it was a bit deeper, but when Mark rode his bike across it stalled in the middle of the river. We pushed mine through but weirdly that wouldn't start either on the other side. We feared that the engine had sucked water in and that we would have to pull it apart but after pushing the bikes out in the sun and drying them for 5 mins they started up again no problem. We figure the electrics simply must have got wet.
Well, the guy from the roadhouse was not lying - the road did indeed have a resemblance to a speedway track! This part of the road, being the middle had still to be repaired as the roadworks crews start from both sides, Derby in the west and Kununurra in the east and work their way in to the middle. There were muddy sections and deep gravel corrugations but the hardest was the long sandy sections. I in particular got some nice wobbles going and almost lost control when the sand flung me and my bike from one side of the road to the other but I managed to save it before ending up in the bush! This happened several times and it got pretty discouraging after a while. The sand seemed to never end and with the sun baking down on us it got harder and harder to keep the spirit up and we both got a bit frustrated with one another! It had been such a long day, we were exhausted and our boots were still wet from the crossings, I was even chased by a dingo at one point; so when we finally rocked up at the Gibb River (the actual river that the road is named after) we were relieved! It was definitely one of the toughest days of the trip so far. 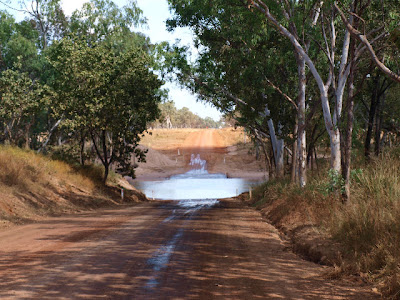 Me pouring out the river in my boots 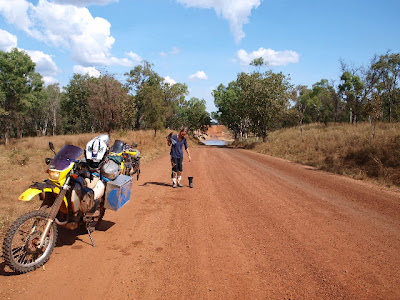 Our camp spot on the Gibb River 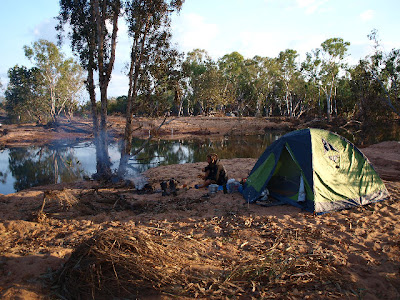 Drying out the boots! They were still wet the next morning. 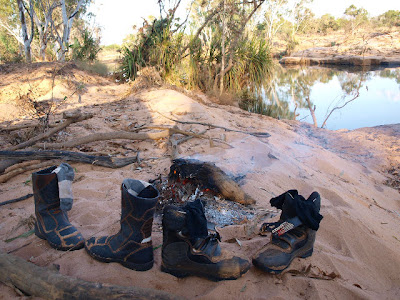 Cars going across the Gibb River 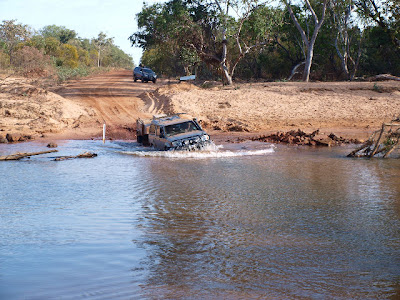