First day on the Gibb! Did about 125kms and so far so good. The road was a mixture of bitumen and dirt and all in all an easy ride. We set up camp on the banks of the Lennard River. Kept on hearing reports that the Durack and Pentecost were still at 700mm which would make us crossing them near impossible. One old dude who had come that way even told us that the Durack was up to his chest! Although we did figure that one to be a pretty tall story it did make us worry a bit. We just hoped that by the time we would get to it it would have dropped considerably. If not, hopefully some kind soul with a trailer would see pitty on us and carry us and the bikes across. These rivers were thankfully at the other end of the road and we estimated it would take us about a week to get there.
The start of the Gibb... 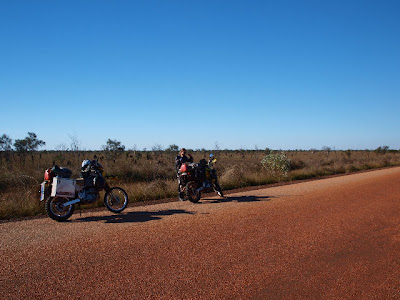 Mark in the Lennard River 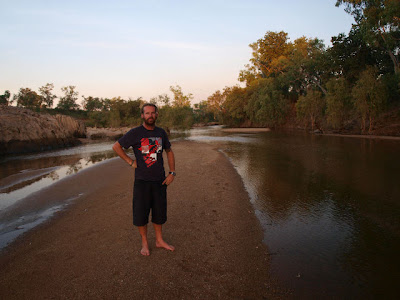 Our campspot for the night 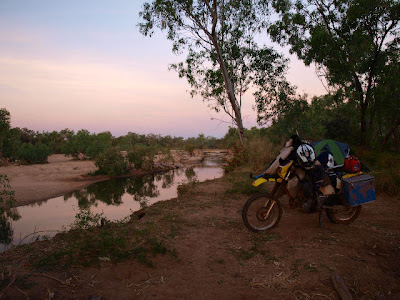 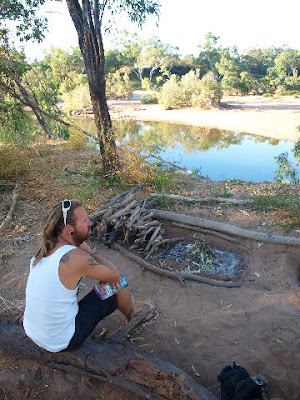 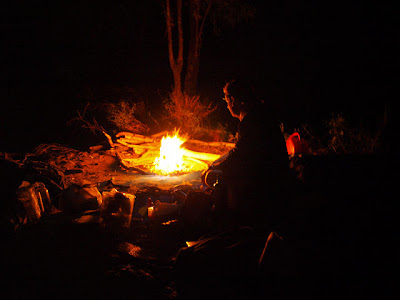