After arriving in Merak early after a pleasant ride from the south coast with little traffic, the first and only time in Java, we once again had the mission of finding a hotel. Merak would have to go down as one of the ugliest places we have come across with the stench to go with it. So we stayed at another city just down the road for a one night stop over before catching the ferry to Sumatra. As soon as we arrived I noticed a few kids milling around and watched them curiously to see what they were up to. Once our ferry had arrived they were straight on board; the odd thing was that they had neither luggage or shirts on. Shortly after boarding I knew what was going on after one young lad approached me for money. These guys beg for money, then jump from the highest points on the ferry while you take photos. Cool way to make easy cash if you ask me. So I paid the fella a few thousand rupiah to show me his best. Not only do they jump for cash but keep begging for money once in the water. Throwing coins in is the next thing to do and these guys are good at diving under and retrieving them. It is not just for the tourists as we were the only ones aboard. Quite a few people on board were also into it, even throwing notes overboard for them. 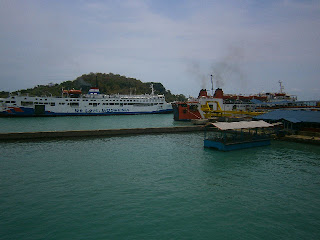 Does not stop them from squeezing on as much as they can though! 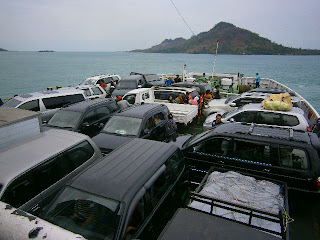 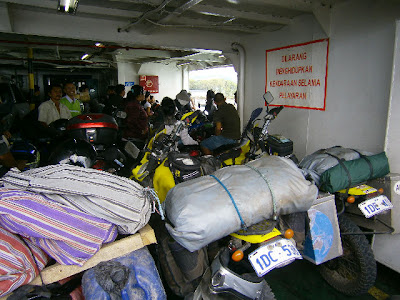 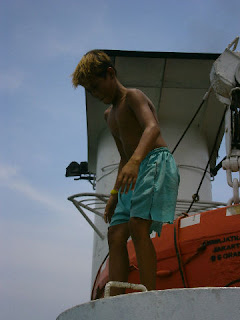 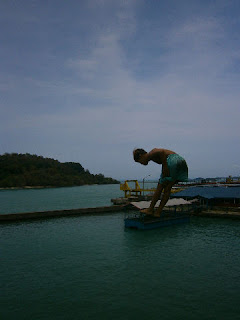 So is this one! 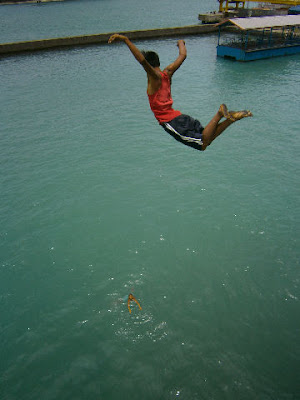 They jump from a height of at least 10m+ 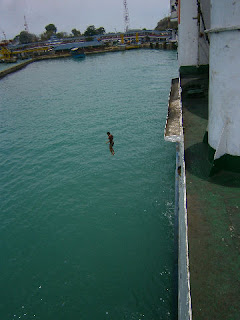