How best to describe Java... One word would be suffice to cover it: mayhem! With a population of 135 million people it is the world's most populous island, and one of the most densely populated regions in the world. And by the time we left Java one week later it felt like every single one of them had been on the road with us. The roads were congested to the extreme and we had to battle for right of way with trucks, buses, cars and scooters. Personally we had several very close calls and that we did not see any accidents involving other vehicles is nothing short of a miracle. Most of the scooter riders seem to have a death wish the way they ride and many of them are just kids, some as young as 8-10 years old hooning down the road two- or three-up while weaving in and out of traffic. Drivers licenses are obviously not mandatory or certainly not law enforced.
As bad as the traffic was, the people were as friendly as ever. We caused quite a stir every time we stopped with people asking for "foto foto!" and for some reason always wanting to have their photo taken  embracing us like we were lifelong friends. We were approached by a young guy one day who told us he was studying English, although clearly very much in the beginner stage judging from his blank expression to almost everything we said. He did however gush about how lucky he was to have met us, exclaiming: "I'm so happy! SO happy!" What can we say, that's the effect we have on people :) 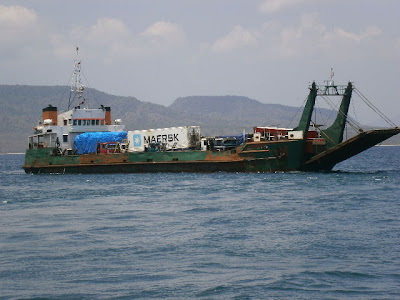 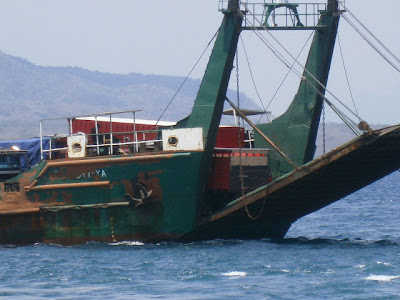 A typical meal on the ferry, served in a banana leaf 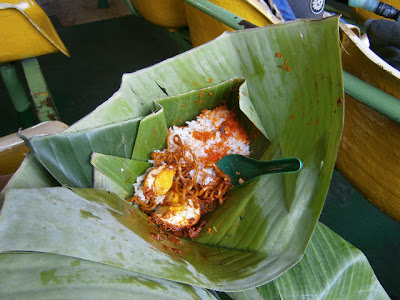 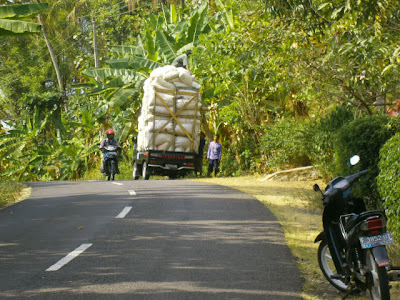 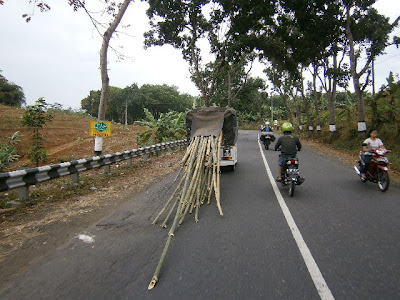 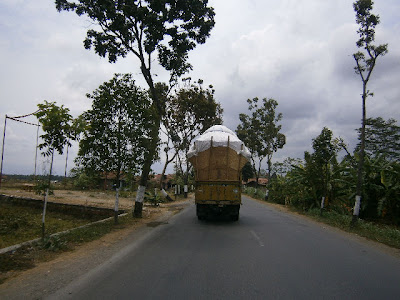 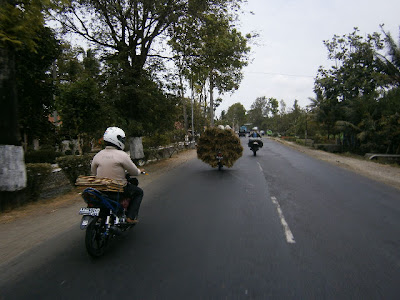 This photo doesn't even begin to describe the chaos we experienced that day! 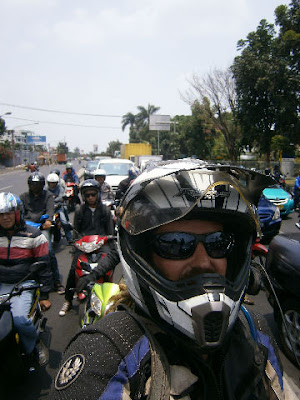 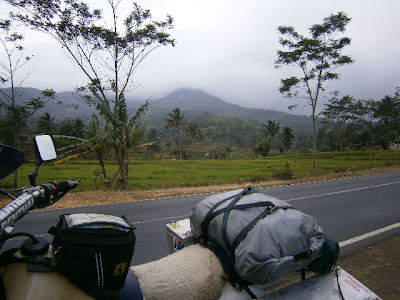 And a bit of feline love... 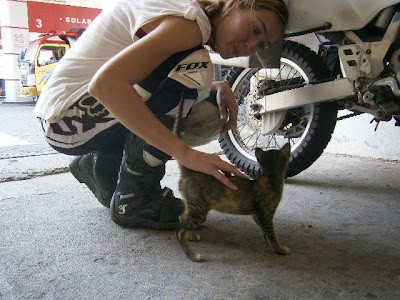