After our few experiences on the road with the monkeys we have both become a lot more weary as to what to expect of these cheeky little monkeys. The Monkey Forest in Ubud is home to about 600 Long Tailed Macaques. With so many in such close proximity there is constant fighting going on. Finding ourselves constantly on the look out after being chased down the road back in Flores, we just can't seem to trust them. They are very cute though all the same. I don't think that is the case for one young girl who was bitten when sitting and posing for a photo beside one. Next thing while wandering around we came across a film crew for a childrens show I think, filming a young girl and boy interacting with the monkeys and feeding them etc. While the girl loved being around them the young fella was not too sure. To start with he seemed quite brave teasing them and making noises at them, so soon as they looked or walked in his direction the look of horror on his face was hilarious. We stayed just to watch him be teased by the film crew trying to push him in the direction of the monkeys eating.
Who's a cheeky monkey? 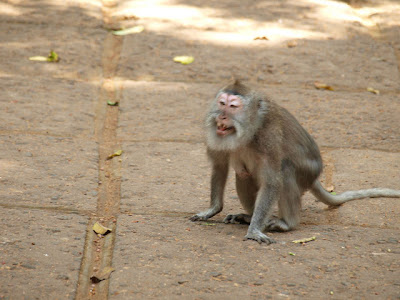 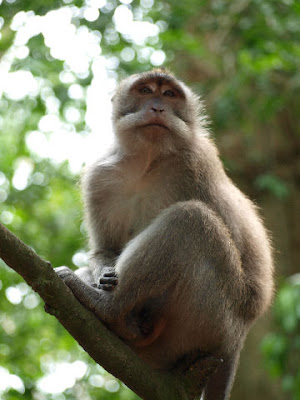 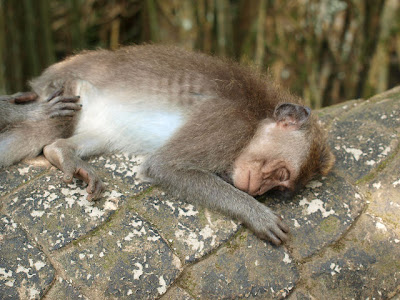 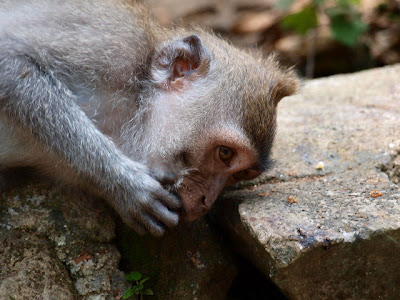 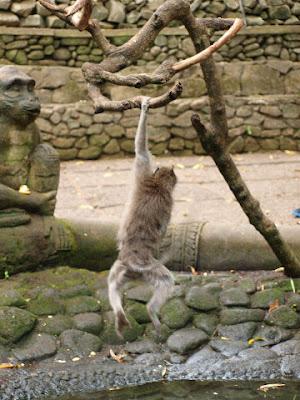 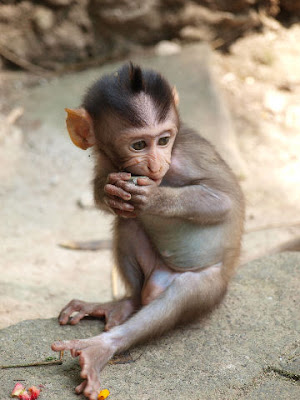 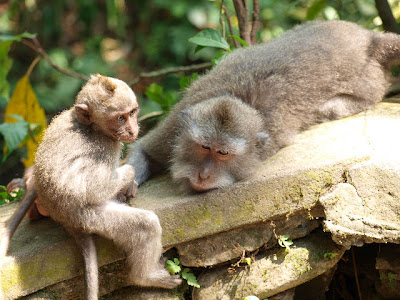 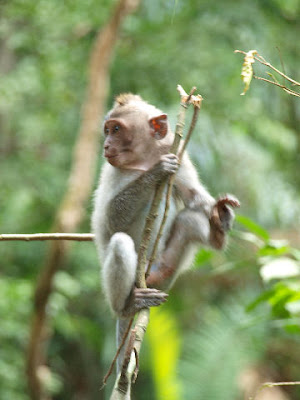 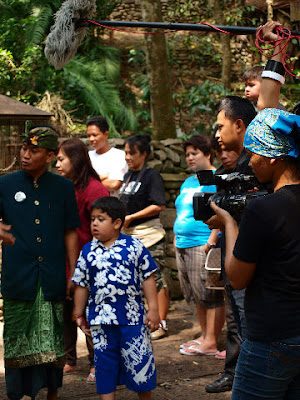 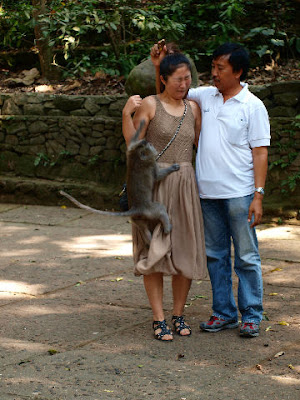