After the chaos of the Javanese roads we were hoping for some respite in Sumatra and we were gladly granted this. In total we were in Sumatra for about 10 days and most days on the road were pretty good covering easy distances most days. That was until we were halfway to Dumai and what seemed like we were driving through the middle of the jungle on some OK black top until out of no where the roads just deteriorated and the rain began to fall, just to add to the mix there was also trucks everywhere to slow us down a little more. The scenery was spectacular with a mix of jungle/forest and massive plantations of palm oil which could not have done too much justice for all the wildlife that would have one day dominated the landscape. Some of the victims from this we saw by the side of the road: monkeys crammed into small cages, seemingly for sale, as pets or food we don't know, but it wasn't nice to see.
We were originally told it would take up to 3 days to get to Dumai but in total it took us 5 staying in some pretty ordinary places along the way. We passed through many poor areas of Sumatra with not too much on offer with some cities not faring too much better. One city we stayed in, we had the usual problem of finding a cheap hotel, after riding around for over an hour we ended back at the first we had gone to. Thought it was OK but there was also a night club there, massage parlour, and restaurant - I wouldn't be surprised if there was also a brothel. I did learn later there was one just across the road when I was off to get dinner and was asked if I wanted to come inside, I declined the offer! Another morning not far into our journey we were just cruising along like we usually do when we saw cars and trucks weaving around on the top of a crest and were wondering what was going on. We didn't know until we almost ran over a tiny cute little puppy cowering in the middle of the road. Nobody really cared and kept on going as if there was nothing wrong. We quickly stopped and I picked the little fella up off the road, he was yelping like mad and when he saw his mum he still didn't stop. The owners came out of the house to see what was going on. Not fussed at all after telling them what had happened they went on to ask us if we actually wanted to take the little guy. We sorely had to say no. What's one more dog to them when they had over 7! We ended up being invited inside for a cuppa which we accepted but we didn't stay long not knowing how many miles we had to go to get to Dumai. We did make it easy enough amongst the humidity and even more crappy roads too Dumai and were a little thrown by the size of the town. We expected something smaller but even more put off by the shabbiness of the port where we were to ship the bikes from. The plan was now to find a boat for the bikes and a ferry for us. This turned out to be no easy task at all...


We weren't always making too many good impressions with the kiddies.
This kid was terrified. 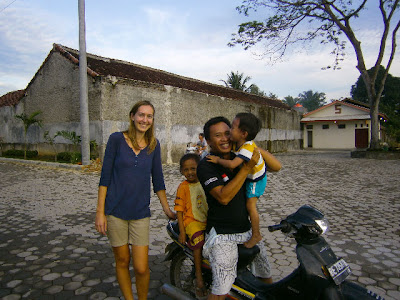 But did cause a stir with the ladies! 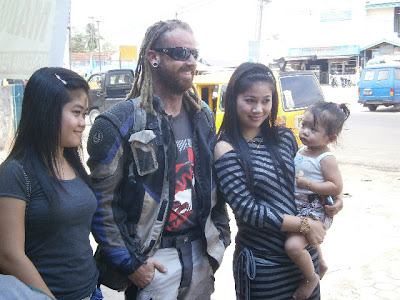 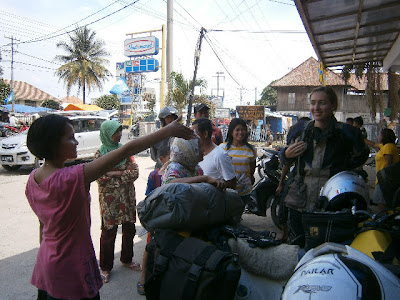 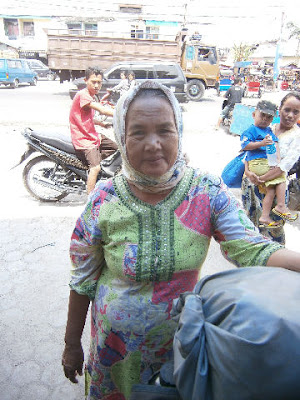 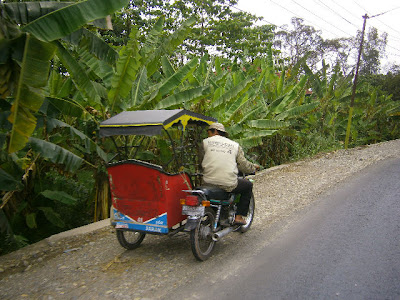 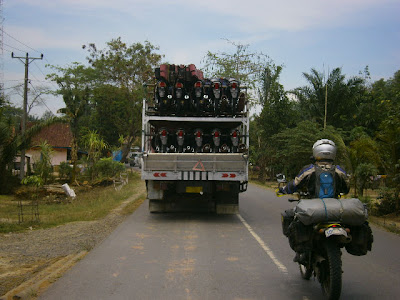 Was only a matter of time before we came across this.
We ended up seeing 3 trucks rolled over in 2 days! 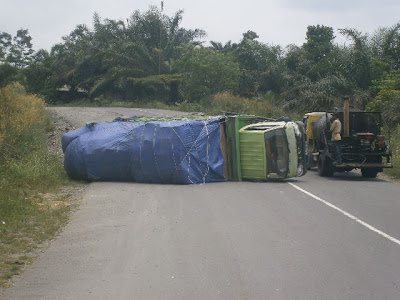 What a bike, oh yeah the river is not too bad either 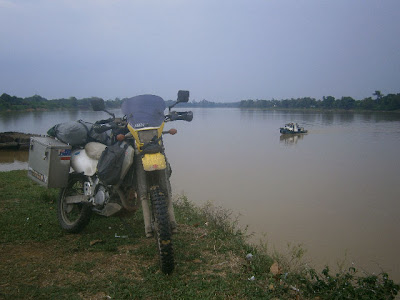 Ready to blast past another truck. They are never ending on this island. 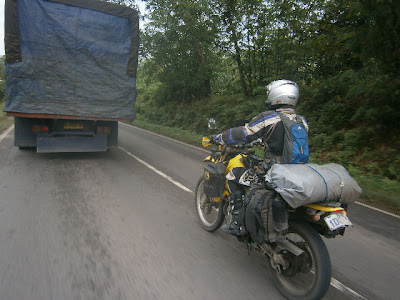 Taking a break in one of the many palm oil plantations 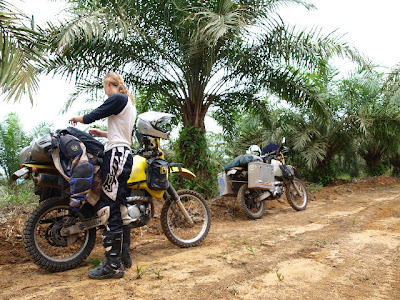 The little pup we saved 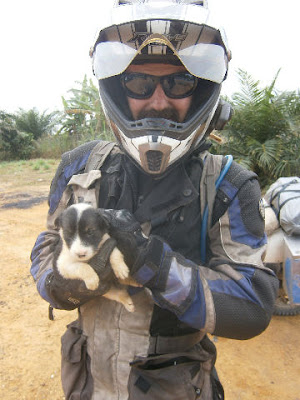 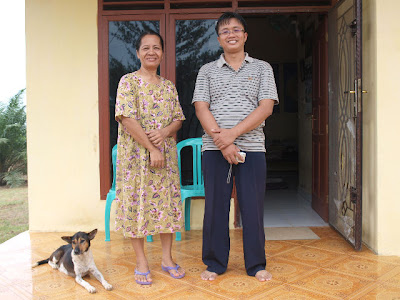 Some town we stopped over in, not even the guy at the hotel could point it out on our map. 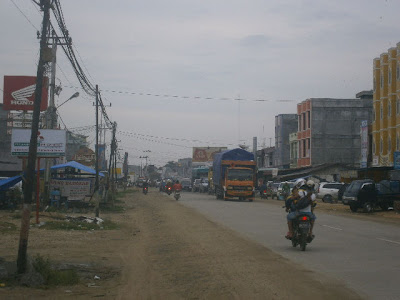 A few locals doing their washing. 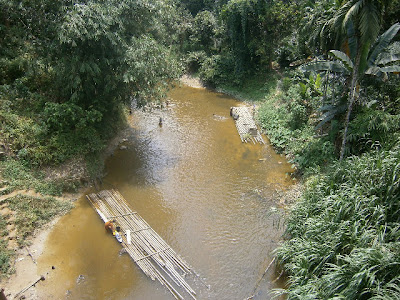 Yet another stop to take in the scenery, and to give our sore arses a break 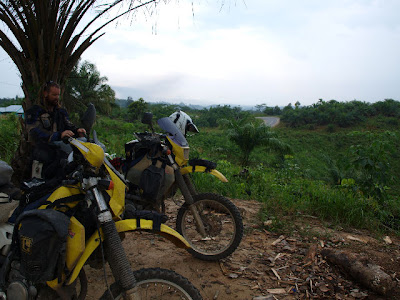 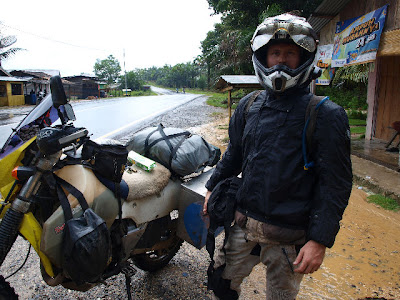