We had never really planned on going to the GP. It was not until we were halfway through Indo that we realised that there was a good chance that we could make it in time. We were beginning to doubt it though after the trouble we were having finding a boat to leave Indonesia for Malaysia.
Luckily we did make it in time, arriving on Thursday to pick up the tickets. What we didn't think about though was trying to find a hotel. This proved a little difficult but after a few hotels we managed to find a place not far from the track. We spent the next few days heading to and from the track watching the warm up and practice sessions of the 125, Moto 2 and the Moto GP. It was clear they were right on the gas from the moment they hit the track. Friday afternoon we had the chance to walk the pit lane hoping to catch a glimpse of the riders, especially Stoner who we were hoping to get to sign our helmets. After much waiting around we realised it was not to be. Saturday afternoon was qualifying and the GP boys were going hard with the Repsol Honda boys all coming in on the front row. Rounding out second row was Edwards, Simoncelli and Hayden. This was going to make for a great race. I was excited like a little kid come Sunday morning, waking early and hitting the road not long after to secure good seats. We were early and nailed some seats right on the start/finish line. Now we just had to wait 8 hours for the main race. Plenty of races in between to keep us entertained though. We took it in shifts to buy food and drinks as we were not going to let these seats go. It was packed in the grandstands and it was hard enough just to get out to go to the toilet let alone find a new vantage point to watch the race. Every race went like clock work and it was not long until the main race was finally upon us. After all the commotion that surrounds the start line before the race it was great to see the teams finally clear the start for the warm up. Within minutes the race was under way and Stoner had nailed the start taking first postion into the 1st corner from Pedrosa. 1 lap down and Stoner was already pulling a gap from the rest of the field. This race could be a run away again for him. Before the end of the 2nd lap however was the big accident involving Simoncelli, Edwards and Rossi who was unbelievably lucky not to come unstuck. The race was immediately red flagged. On the big screens they only played back the accident once and nobody knew what was the full extent of what had just happened. It took well over half an hour before the officials declared that the race will not continue due to the accident. Though they were still not letting on what had happened. It was not until we returned to our hotel later that evening that we would learn that Simoncelli had lost his life in that horrible accident.


We were ecstatic to make it to the MotoGP 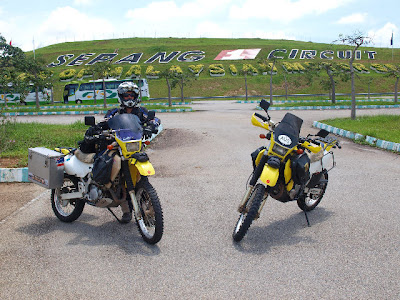 Looking toward the tower at the end/start finish line 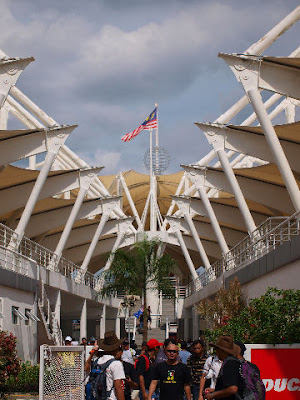 This one is for you Scott, will never replicate the photos we lost that day back at Eastern Creek! 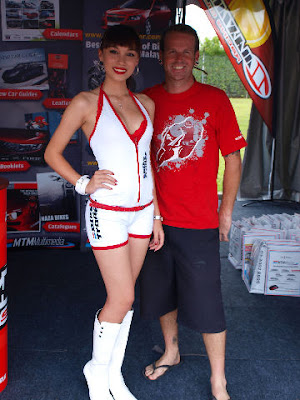 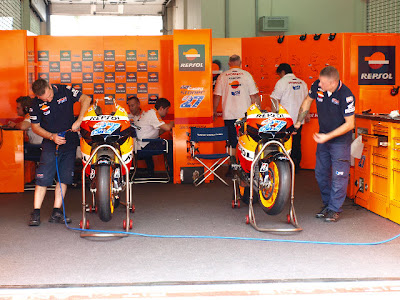 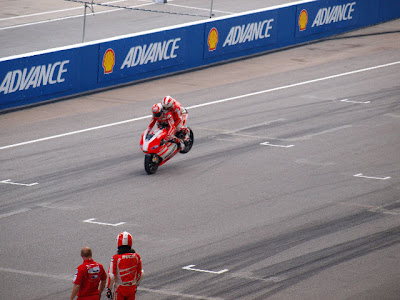 Starting with a wheelie, finish with an endo. 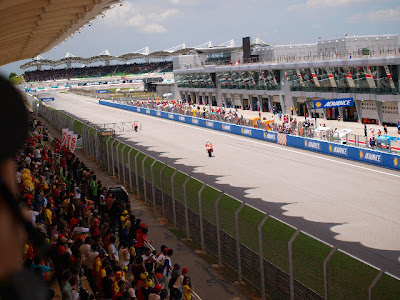 Rossi showing off for his fans. 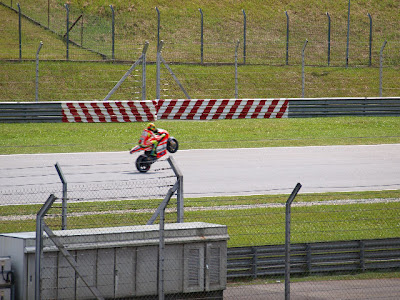 Stoner was red hot on race day warm up with the fastest lap time! 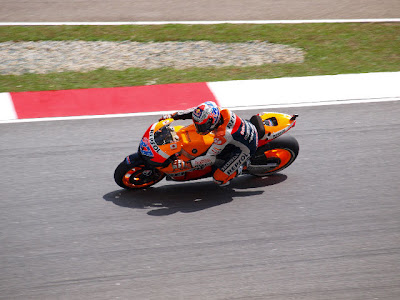 Nicky was having a good weekend on the Ducati 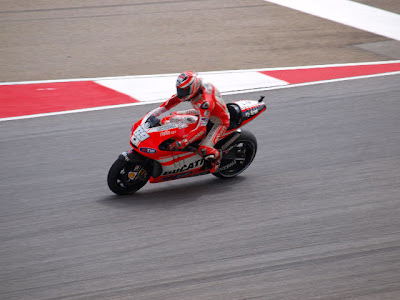 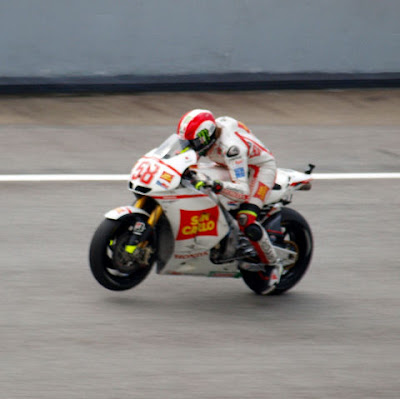 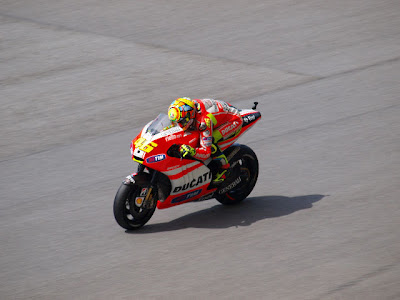 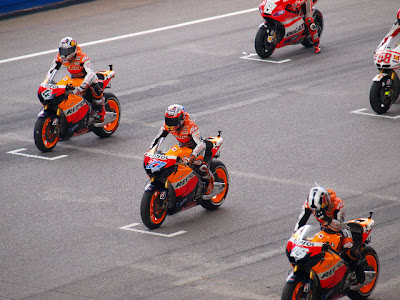 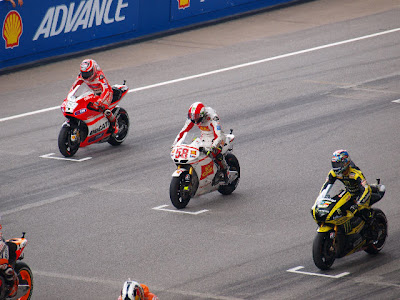 The full line up ready to go 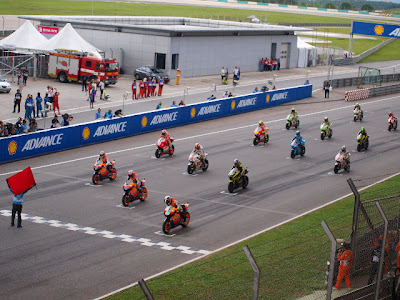