Our arrival to the Cameron Highlands was accompanied by pelting rain which only made the whole scene feel like the Scottish Highlands even more. It was also a lot busier here than Fraser's Hill so lots of cars were crawling up and down the hillside. We checked into a little guesthouse and decided to stay for a few days as we were in no hurry to get back to the stifling heat of lowland Malaysia.
The next day we took the bikes further up into the mountains to find the so-called Mossy Forest which is as the name suggests a forest covered in moss! Well, we never did find it as not far into the jungle track the ground turned to knee deep mud and like the sissies that we are we decided to turn around.
We had seen several signs for strawberry farms and we ventured to one of the farms to indulge! Here we were greeted by a Bangladeshi man who worked there who proceeded to take our camera of us and direct us into all kinds of really cheesy positions, something obviously every tourist who visits there gets subjected to...or at least I hope it's not just us! After the photo sesh we got to do what we actually came there for, namely picking some strawberries. They tasted...alright. Nothing compared to Scottish strawberries. While we were nibbling away another Bangladeshi dude joined us at the table and started telling us his life story, emphasizing how poor his family was and finally mentioning that many tourists tip him and that especially Australians are great tippers! We finished up at a tea plantation where we had ourselves some tea and bloody tasty homemade scones.
That evening we bumped into an Aussie couple whom we had met at Fraser's Hill a couple of days prior. We ended up having dinner together and many beers were drunk and we had a great night with this lovely couple.
Clearly Cameron Highlands is not a big place as the very next we ran into them once again and we proceeded to conquer a jungle trail together which started at the top of the hill and deposited us at the bottom where we had to hitchhike back to town. We were with pros here as Glyn and Lily have hitchhiked much of Malaysia and sure enough they soon got us a ride. We then had some more beers (!) before bidding our farewells.
Next day we left the coolness of the highlands and started the long and winding road down to the heat and humidity again.
Lots of green rolling hills covered in tea plantations defines the Cameron Highlands 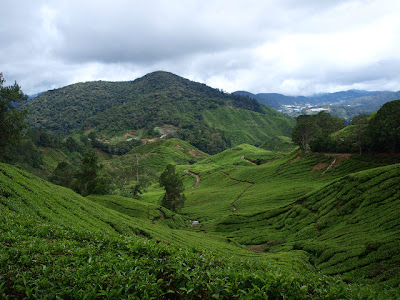 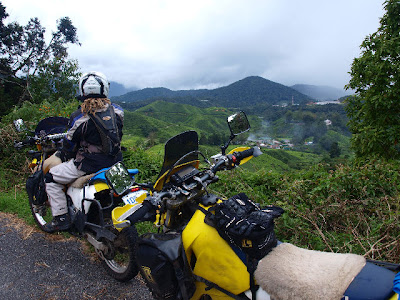 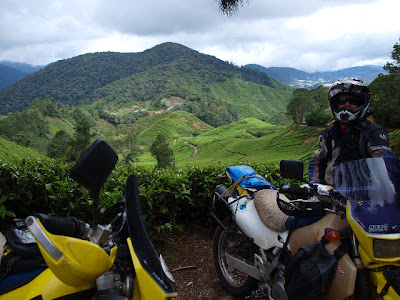 Glyn and Lily from Perth 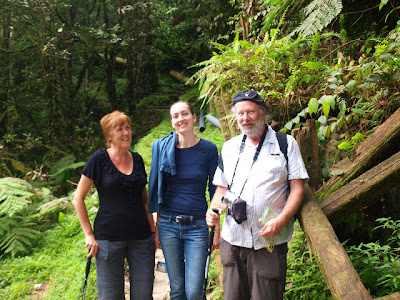 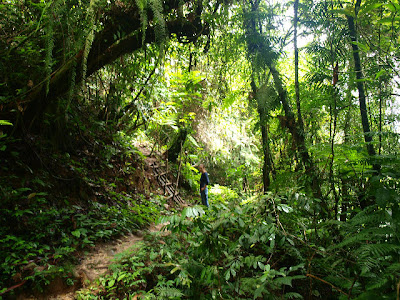 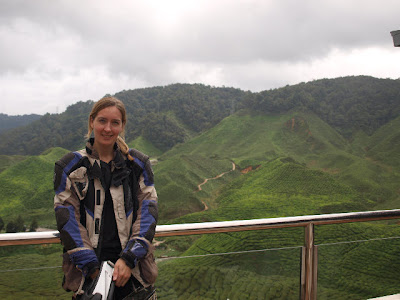 Scones and a cuppa - very civilized! 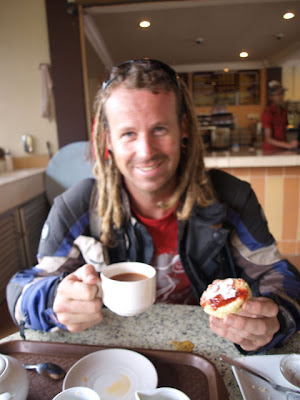 It just got cornier after this photo... 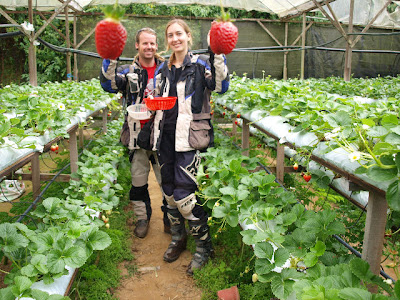 I think it was meant to look romantic...fail! 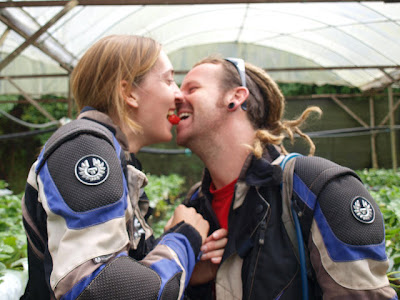 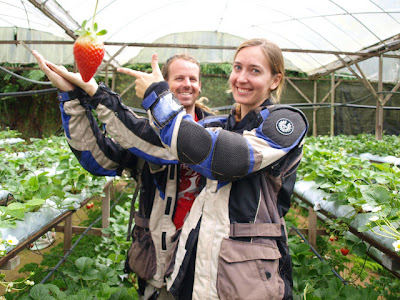 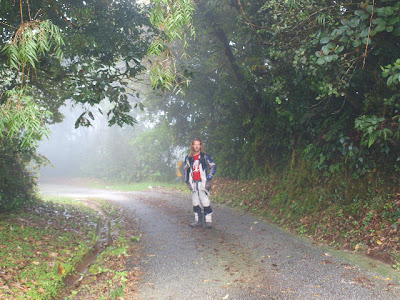 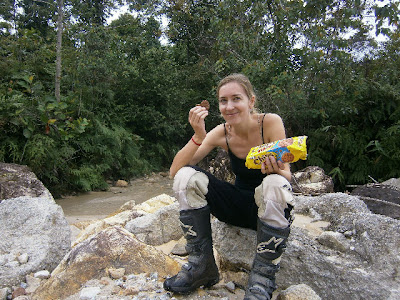