After getting back to Melaka from Singapore we decided it was time to hit the road again so we headed straight for the east coast to see what it had to offer. The ride took us through some pretty amazing scenery with very little traffic on the roads but lots of monkeys by the roadside. The largest we had seen yet but were not too keen on stopping to take any photos of them. On our way to Mersing we were pulled up at a Police checkpoint and Sanne was asked to show her licence and was asked about where her number plate was as they are on the front and back of motorcycles here. Next thing we hear is "Oh, you not a man? Sanne replies, "No I am a woman!" With all the police now having a good chuckle the officer no longer wanted to see any paperwork and waved us on. From now on in Sanne will be the one pull up first at any police checkpoints, hoping we get waved on just as easy. Mersing itself did not have much to offer but some cheap hotels, though none of them had safe parking and we were again left being worried about the safety of the bikes. Luckily there did happen to be a 'security' guard on watch at the hotel we did choose to stay at but he spent most the evening with his eyes glued to his computer screen and checking his latest updates on Facebook! Not so sure how great the security was but the bikes were still there the next morning thankfully. We were both a little disappointed with the beaches here, hoping for some crystal clear waters and white sandy beaches, but apparently these are out on the islands which are hard to get to this time of year being the monsoon season. The other problem is having to leave the bikes behind which we are never keen on doing either. We kept heading north and made a few detours along the way, one of them being the Endau Rompin National Park which was a great ride in. Unfortunately we brought no supplies in with us to stay the night. Accommodation was expensive and with no food or water camping was also out of the question. So we sat and had lunch and went for a look at the nearby waterfall. We were both hoping for a bit of an off road adventure but all the tracks were for hiking only! So we moved on. Nothing too note worthy happened along the way, the usual trying to find safe accommodation for the bikes. We finally came across a pretty good looking beach out of town from a place called Kuantan and the first thing we noticed was a bunch of downhill mountain bikers so we went over for a chat and found out a little about the local riding scene, bringing back plenty of good memories from our time living in Scotland and spending our weekends riding in the mountains. Next stop was a place called Cherating a small village by the sea which had to be one of the most humid places we have been yet. At this point we could do with burning all our clothes and starting again as they stink so much. Even a good wash doesn't seem to really to help the matter. The beach again here not so impressive. We did come across a pretty ordinary scene though after an afternoon stroll. Some asshole had a baited fishing line set up from a tree through a small hole in a fence. An unexpected trap for a young water monitor who saw only an easy feed without knowing the consequence of eating what was on the end of the hook. When we first discovered the lizard we actually thought it was already dead. It was not until we got closer we noticed it was still breathing and in a pretty poor state. It was so stressed about being captured it had already broken its own jaw trying to escape. We enlisted the help of a local guy who was running the guest house we were staying at to help free it. For his troubles he was whipped hard twice by the lizards tail. The worst thing was when we had to try to take the hook out of its jaw, the hook had a massive barb which was heavily lodged and was going no where. With each attempt of removing it the lizard was losing the battle so with no other choice we thought it only best to put it out of its misery. A few swift harsh blows to the head and he was gone. Would love to have known the person responsible and try the same thing to him. Some people make me sick when it comes to the treatment of animals. This left a sour taste in our mouths and thought it best to move on. This time making our way back west to the big smoke of Kuala Lumpur.
It was literally: "Hold this!" The locals never do pass up a photo opp. 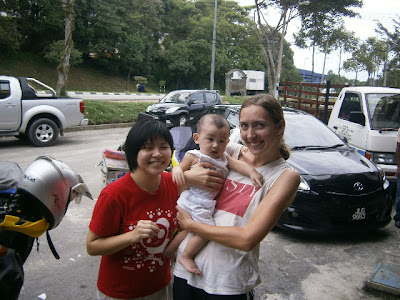 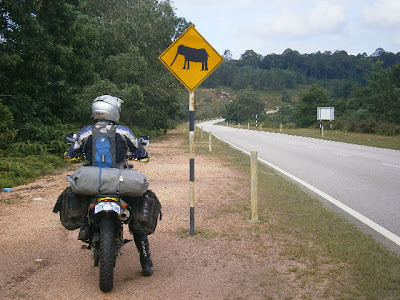 Mersing, where we had to leave the bikes on the street 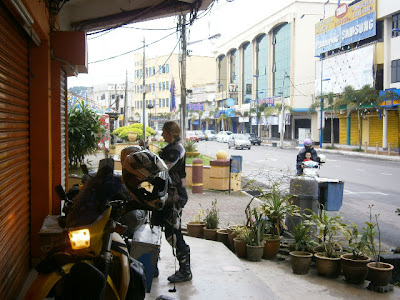 Much prefer this arrangement 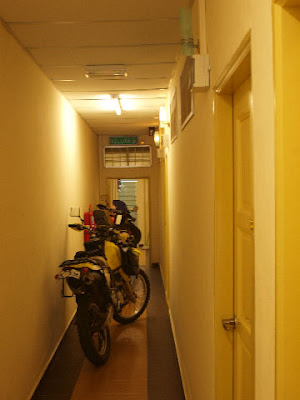 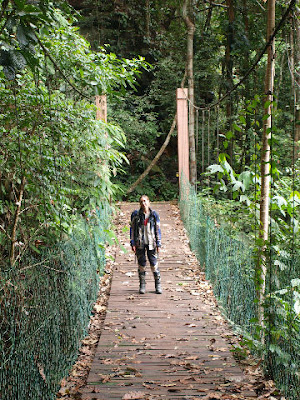 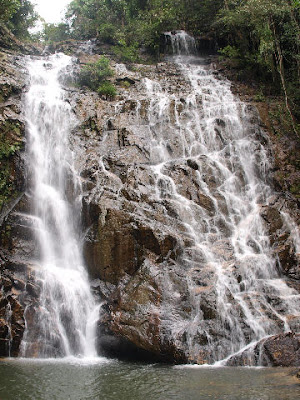 A new friend made :) 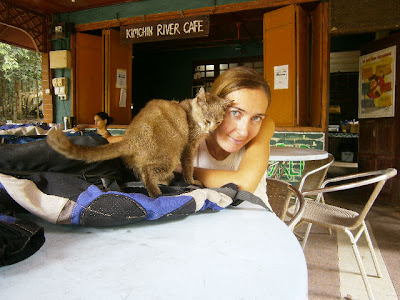 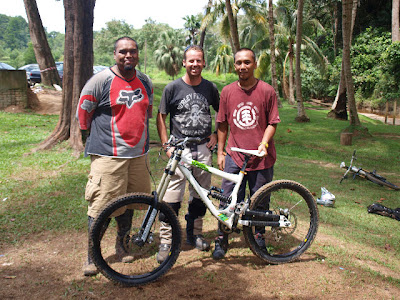 In Malaysia you must not bring your snake to the beach! 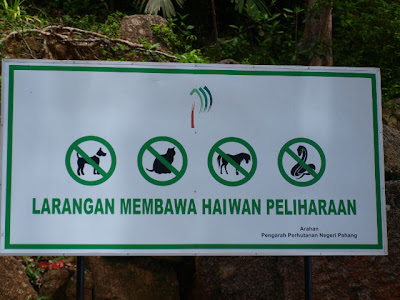 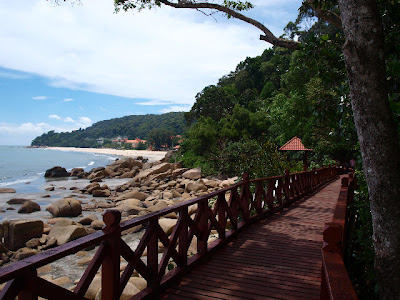 In Cherating we met this boy on his cool motorbike. His friends were having a good laugh at his expense. 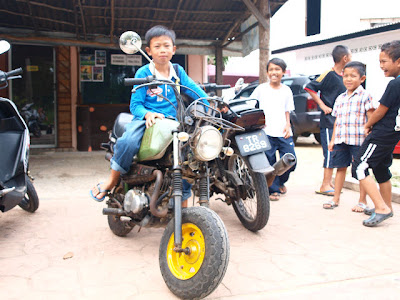 Our bungalow in Cherating 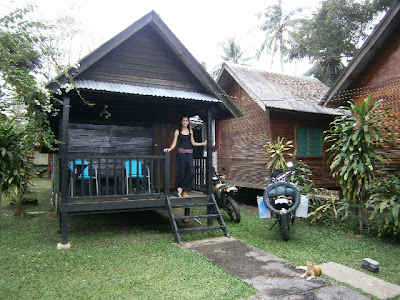 The poor lizard...proof of how cruel people can be 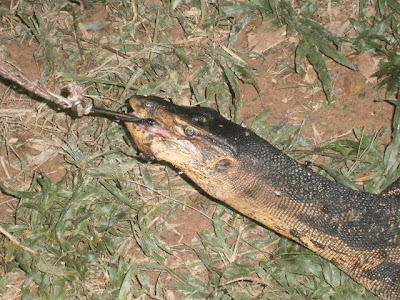