We ended up in Singapore by bus of all things. After researching and a few phone calls later, the red tape to get into Singapore with our bikes was just too big a hassle and an expensive one at that. Never enjoying leaving our babies behind we were happy that they would be safe at least back in Melaka at Apa Kaba. It was only by chance that we were to come to hear about our fantastic hosts Sam and Goh after Sanne was researching on the Horizons Unlimited web page for places to stay in Singapore. Sam and Goh are the first Singaporeans to travel around the world by motorcycle and have done a great job of documenting their trip on their blog, www.singaporedream.blogspot.com. After exchanging a few emails they welcomed us into their cosy apartment to spend the week. We were not too sure what to expect when we rocked up on their door step a couple of days later but were welcomed with open arms and with the greatest hospitality to boot. We enjoyed dinners together at the local coffee houses followed by a few beers. We were also very lucky to be invited to a friend's house to sample his home brew which went just a little past just being a sample! His apartment had the most awesome views over the city skyline and at the 50th floor was even more impressive. A great night was had meeting the locals and discussing all matter of subjects relating to life in Singapore. As much as I was taken by the city, that is a big thing for me to say considering I don't like big cities, we both found that life here is almost too controlled with over the the top rules and lack of freedom of speech along with the harsh death penalty that is still in place with the highest amount of hangings per capita in the world!
We had one thing we really needed to do here and that was to find some new front tyres for the bikes, with Melaka being out of the question with no stock and high prices. Goh took us on a mission driving all over the place to find some for us and he succeeded only after a break of course for a top up at one of the many coffee houses (missing them now we are back in Malaysia) We scored the tyres for a good price, basically 2 for 1 on Aussie prices. The rest of our time was mainly spent catching the subway which was cheap and efficient to see all the city had to offer. From visiting Chinatown to Little India, Kampong Glam and the red light district which was all Goh's idea, honestly. For Sanne we had to visit Orchard Rd which is a shoppers paradise or so I am told not really being all that interested! It is shopping centre after shopping centre. Needed a beer of 2 after that day. On our walk around we came across a crazy Trans Asian competition to win a car. The deal is, you place one hand on a nominated hand print on a car and hold it there for as long as you can. You are given one break for 5 minutes every 6 hours. That is to eat, go to the toilet and whatever else you can do to prepare for the next 6 hours. This is without sleep or shelter come rain, hail or sunshine. Bloody mad I tell you. While we were there one guy collapsed and was taken away to medical in a wheel chair. Only the strong survive here. Eventually the winner held on for 75 hours and 34 mins to win. Singapore is a place we would like to return to all the more so now having some new found friends to go back to visit. 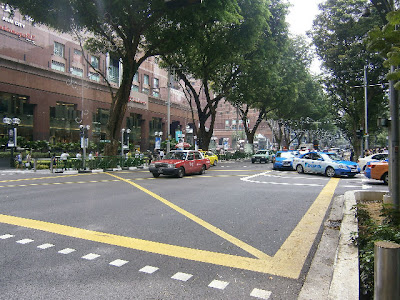 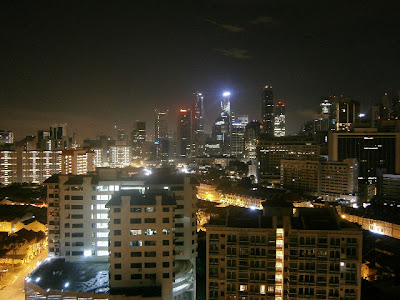 A great night had with new friends drinking some good home brew, thanks Anthony! 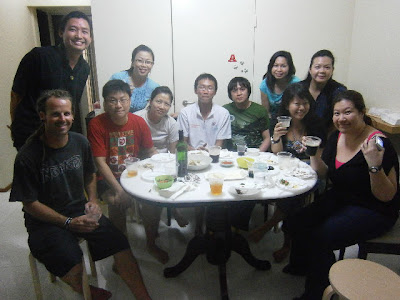 Anyone for century old eggs??? 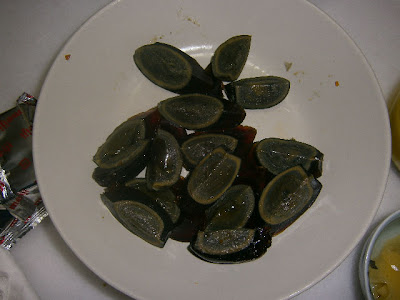 Do you believe this 50 story building is government housing? 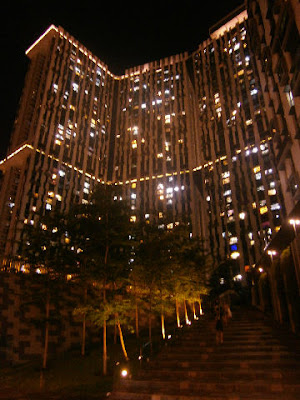 Another great view of Singapore 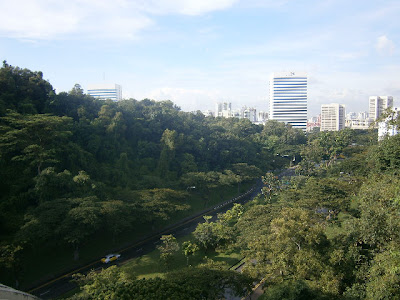 The greatest hosts anyone could ask for, thank you so much for everything Sam & Goh 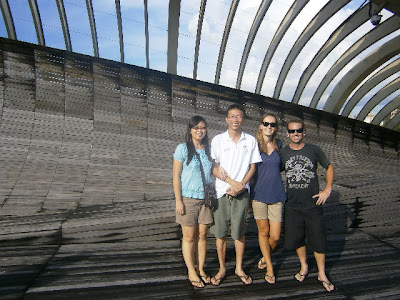 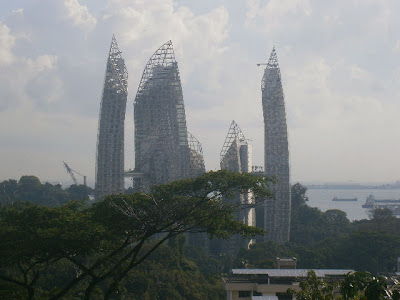 My ride in Singapore, sitting in the back of a mini truck... 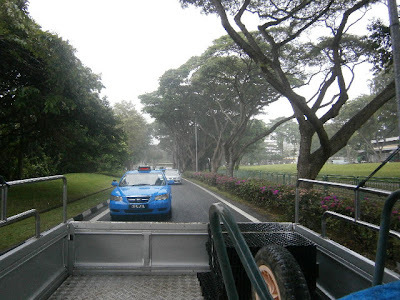 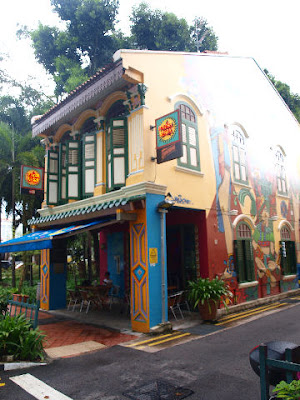 Some cool rides in Singapore 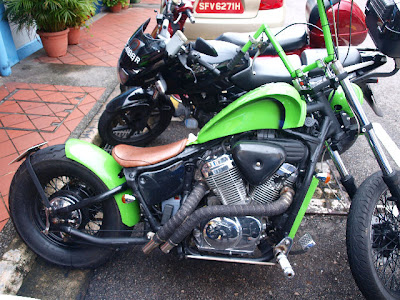 The main mosque in Kampong Glam 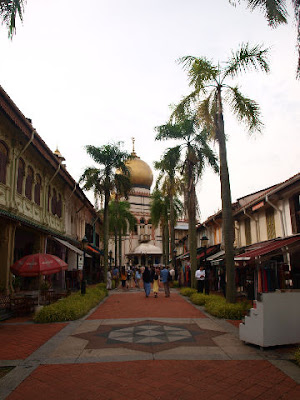 Another delicious feed, and all vego! 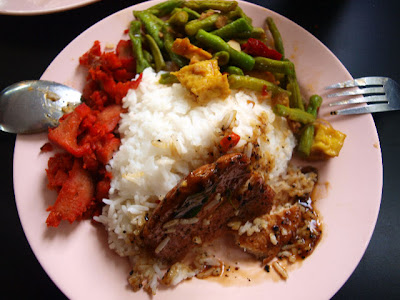 This is one crazy competition to win a car, yes they have been at it for 46+ hours 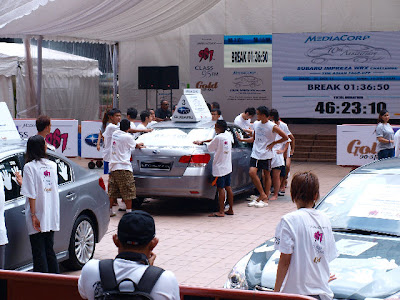 One of the many weird and wonderful things about Singapore 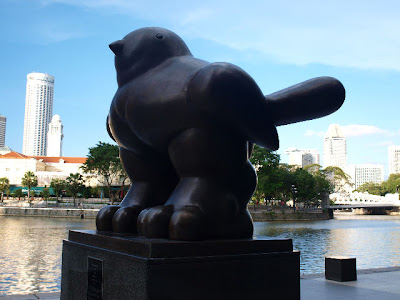 More out there architecture 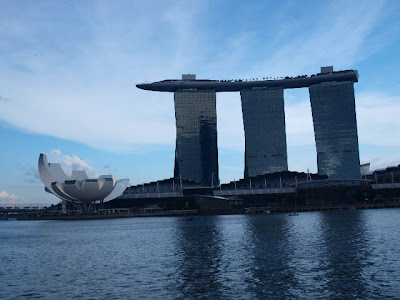 The Merlion surrounded by the skyscrapers of the city 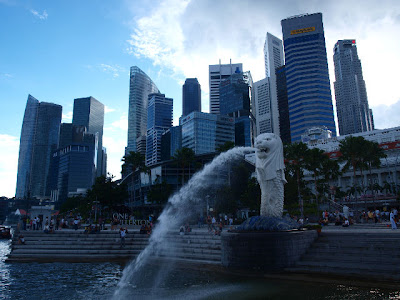 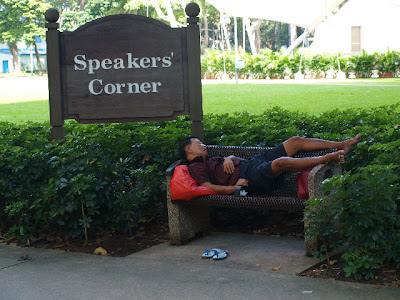 A young girl we met who plans to ride to Europe on her Vespa! 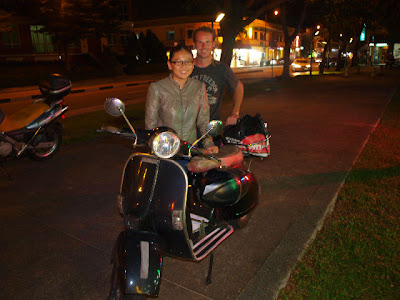