We arrived in Bangkok on New Year's eve thinking the traffic was going to be horrendous, however we seemed to have timed it well as everyone was heading out of Bangkok for their long weekend so while the highway out of the city was heaving we rode into Bangkok smoothly. We had been warned not to go on to any of the expressways there as they are totally banned for motorcycles and many a corrupt cop are eagerly waiting to hand out fines. We almost got onto one by accident as the signs for these are very discreetly placed but we managed to get to our guesthouse in one whole piece.
That night we went to Siam Square to see in the New Year together with 200 000 other people.
While in Bangkok we took the opportunity to pay a visit to a dentist, not the most amusing thing to do but if you must Bangkok is definitely a good place to do it as the dentists here have a very good reputation and you pay a smidgen of the price you would have paid at home.
We also spent our time here paying a visit to the Indian embassy and the Iranian one to figure out the requirements for visas. At the Iranian one I was promptly supplied with a headscarf that I was required to wear just to get into the reception area. That just reminded us that this part of the world will be quite different altogether.
We were in Bangkok for about 10 days before Mark left. I would follow a couple of days later as I had a dentist appointment. Mark was eager to get to a motorbike meeting in Chiang Mai and in order to make it to that he could leave no later. We decided to part ways and meet up in Chiang Mai. This would be the first time on the trip we would ride alone. We had often talked about it and it was something both of us would like to try and this was the perfect opportunity. Yes...so the thought of riding out of Bangkok traffic alone without one another to rely on for directions was perhaps a little daunting but we were up for the challenge!
Mark left at 6am and rode to the River Kwai on his way to Chiang Mai and I followed two days later at the same time in order to beat peak hour traffic. Well, turns out Bangkok traffic never really slows down! I had no drama finding my way out of the city however it did still take me about 2 hours to get to the outskirts. It was a great experience though to ride by ourselves and we both agree that it won't be the last time we will part ways, if only for a couple of days :)

Mark studying the map in our humble abode 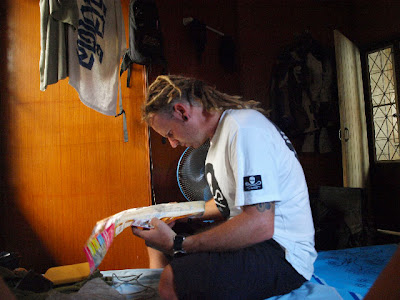 Doing some shopping at the enormous Chatuchak Weekend Market 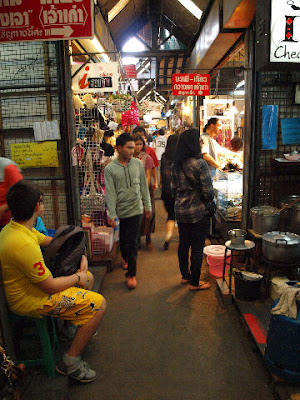 The Bangkok skyline as seen from the Chao Phraya river 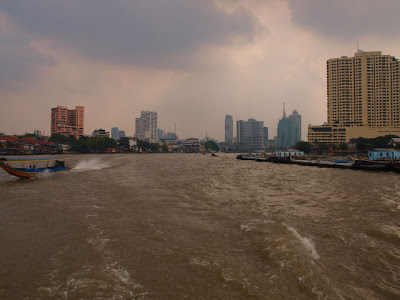 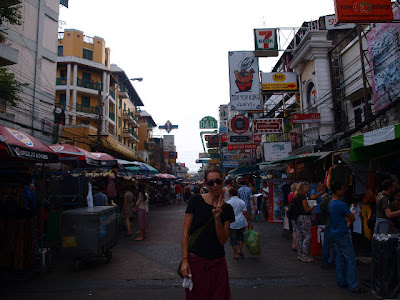 Mark's dreads getting some much needed TLC 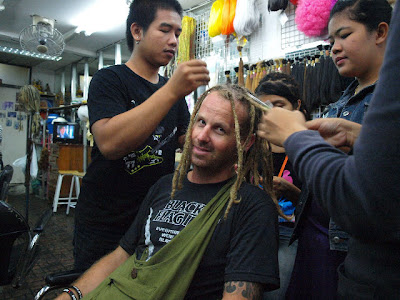 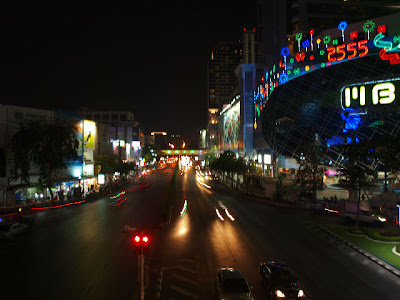 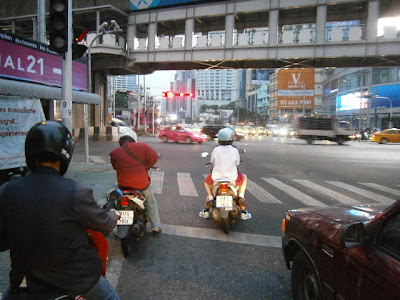 Stopped to check the map 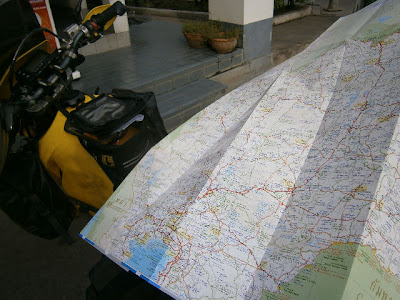