Phonsavan and the 'Secret War'

By Sanne
The main reason for coming to Phonsavan for most tourists is to see the Plain of Jars. The Plain of Jars describes an area in the Xieng Khouang province of Laos that is scattered with thousands of so called megalithic stone jars and dates all the way back to the Iron Age. Archaeologists are still puzzled as to what exactly the megalith stone jars were used for but evidence suggests that it could have been an ancient burial site and people used to get buried in the jars. They remain one of the most important archaeological sites in all of Southeast Asia. More than 136 sites exist however only about 7 of them can be visited because of the amount of UXO (Unexploded Ordnance) left over from the 'Secret War'. UXO's are bombs and landmines that did not explode when deployed and to this day still pose a severe threat of going off.
Laos is the most bombed country in history. More than 2 million tonnes of ordnance was dropped on Laos between 1964 and 1973 by the US Army. The main goal was to prevent pro-Vietnamese forces from gaining control over the area. It is estimated that approximately 30% of this ordnance did not detonate on impact. The result is that 80 million UXO or locally referred to as 'bombies' contaminate the country. It has devastated the Laos people as it continues to injure and kill people every single day and it keeps people poor by preventing them from using the land in fear of losing their lives. Laos is a very poor country - about half of the population lives on less than $1.25 a day. The land in Laos is actually very fertile and perfect for farming but many people have lost limbs or lives while working on their land. Children often find bombies and as they are similar in size and shape to a tennis ball they mistake it for something to play with. Many children have lost their lives this way. This poverty has also created a dangerous trade in scrap metal from the bombs. This means that many people are digging for these bomb remnants so they can feed their families.
To say that what the US Army did to the Laos people was appalling is an understatement. What they did was indiscriminately bomb one of the poorest nations in the world into the stone age for more than a decade.
More bombs were dropped on Laos between 1964 and 1973 than the US dropped on Japan and Germany during WWII. More than 350,000 people were killed. It remains the most covert operation in US history as it was a secret to the rest of the world, hence the name the 'Secret War'.
Some of the most brutal bombing raids were done out of spite, with no planning. When US bombers couldn't find their targets in Vietnam due to bad weather, they just dumped their load on the Laos countryside, as the airplanes couldn't land with the bombs on board. After the end of the bombing campaign against North Vietnam, the U.S. military decided to simply use its old bomb arsenal (by dropping it on Laos) accumulated in Southeast Asia, instead of carrying it back home. The value of human lives, of the Laos people, was never taken into consideration and they are now left to deal with the aftermath.
Even monks want to be photographed with us 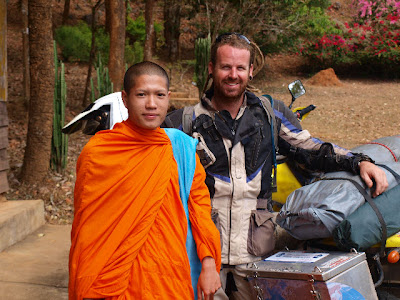 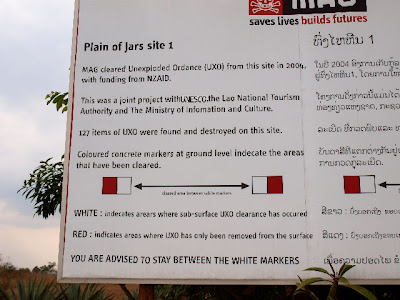 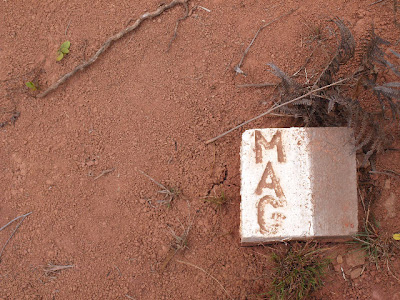 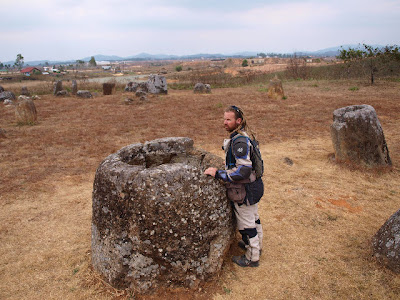 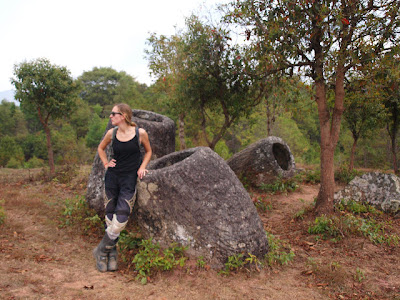 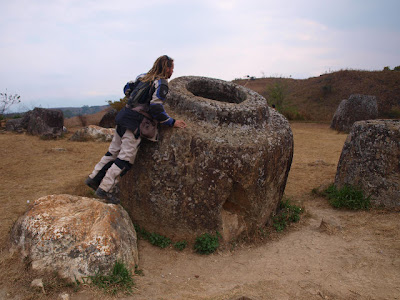 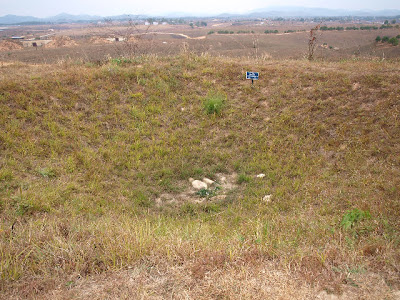 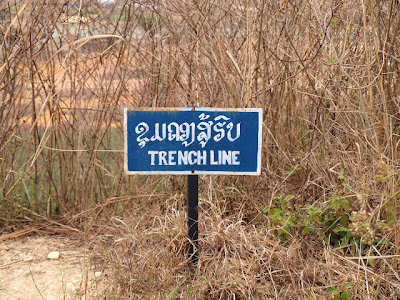 Just a reminder not to step outside the path... 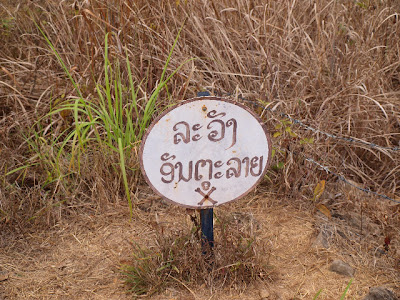 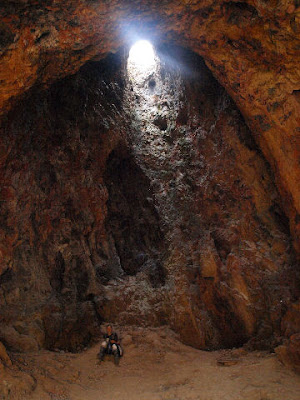 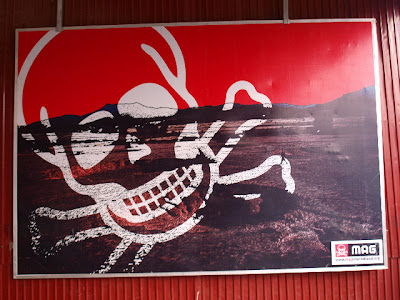 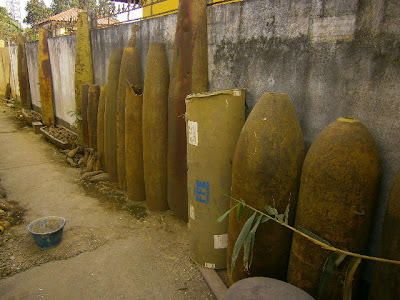 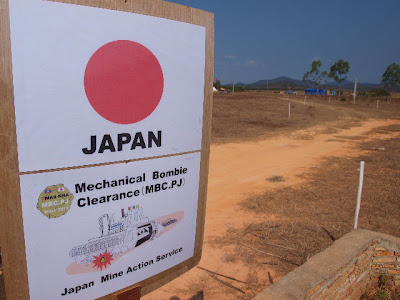 Lookout over Phonsavan town from the Laos War Memorial 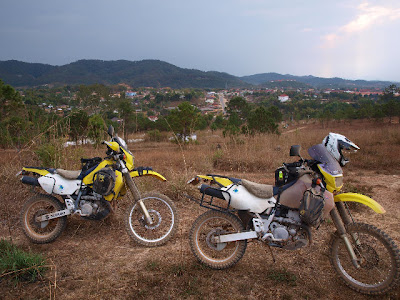