The main reason for us both to head to Chiang Mai was for the annual Horizons Unlimited motorcycle meeting. It is for overland travellers to get together and talk about great experiences on the road and problems also faced. A few riders also put together presentations of their trips. I managed to make it for the Friday evening while Sanne was still on the road north. Friday's get together started well with an open bar for the first hour which I of course made the most of! Saturday morning however I wished I had taken it a little easier. I met a bunch of good blokes and managed to get many contacts for our trip, from information on visas etc to places to sleep. One fellow Canadian rider who just happened to be in town for the meeting was keen to get out for a ride in the bush and I jumped at the chance to take him up on the offer. A couple of days later we were headed for the mountains with no particular route set. After navigating our way out of the city and into the hills we soon came across a few local boys about to hit up the trails. Of course first they had a few glasses of whiskey before hitting the track! As you do...With this in mind, both Max and I thought it would be better to follow than to lead. Luckily it had rained the day prior, it was not too wet but had settled the amount of dust for us. We all made it up incident free except for my bike. On the way up I managed to snap the speedo cable and lose my front fender bag carrying a spare tube. Went back to look for it but was nowhere to be found. At the top of the mountain we stopped at a local village for some lunch and of course the boys were back into the whiskey. Max and I decided we would leave the crazy buggers to their drink and make tracks. We did see them later however and two of them managed to come unstuck on the way back down which was no real surprise considering how much they had drunk. They were still loving it all the same, nothing a few more whiskey's couldn't fix.. We took off with the want for more trails and after a stop for a quick drink and a snack we were back into the mountains with an even better track to hit up than before, it was steeper and a little more slippery towards the end but made for a fun day out. Just hope now for more off road. With Laos just around the corner that should not be too much of a problem.
As far as sightseeing in Chiang Mai we didn't do a whole lot since we did the whole trekking and tourist thing the last time we were here about 7 years ago. Most of the time ended up being spent looking for a speedo cable for my bike but all to no avail. Hopefully when we get back to Bangkok there will be a package waiting for me. We did head to the main temple however that sits high on a mountain with a perfect 18km ride up of sweeping bends makes for a great short ride out of the city. This would just be a taste of what is to come in the following days.
The group of overlanders together, with the best bike of all on centre stage 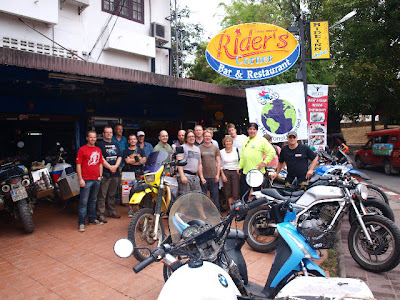 A couple of the more popular bikes for travelling 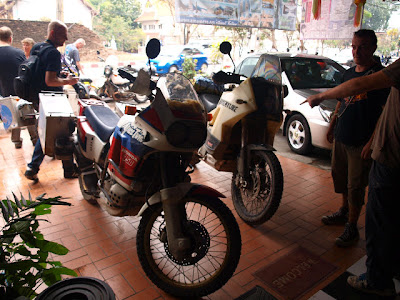 The mad locals boys I rode with including Max from Canada 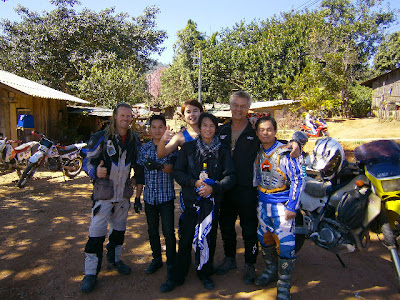 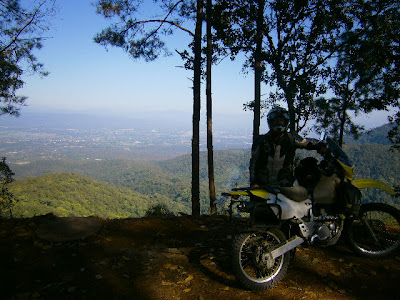 Making our way to Doi Suthep 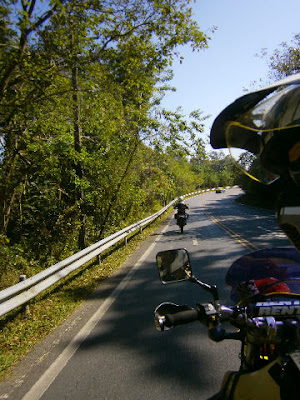 The view over Chiang Mai 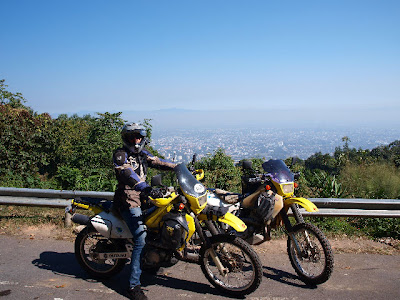 Main entrance to the temple 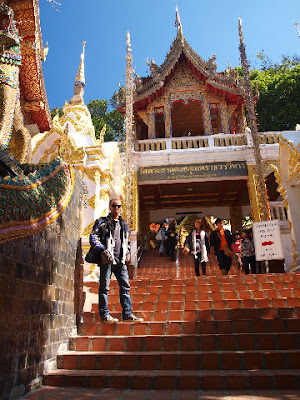 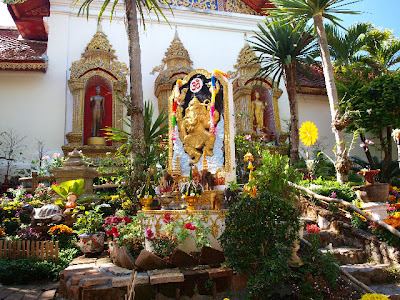 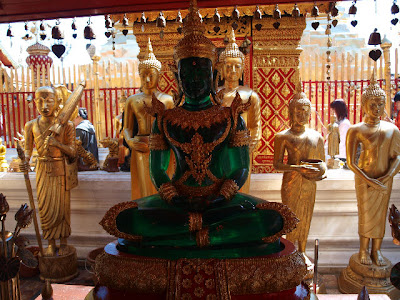 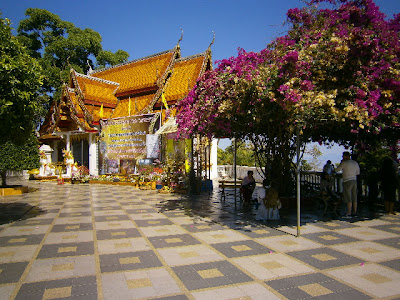