We finally made it into Laos a day later than we had planned. This was due to some Thai authorities who thought they would like to make the lives of two travellers a little harder. It was all over some documentation needed which could only be filled out on the day of travel. This just happened to go against the local ferry schedule and opening times of immigration. Ferry leaves at 8am, immigration at 8am and customs at 8.30am. Please someone tell me how you get on the ferry on time??? Just take a look at the photo of  the line up for immigration! We took it in our stride as you just have to do. Customs cleared, immigration next and then a wait for the ferry as they forgot to mention the ferry goes nowhere until there is a full load.
When we rolled off the ferry in Laos everything fell into place quickly, bikes cleared by customs easily, next we had to get insurance which was the first for us on the trip, our motto, If they don't ask we don't buy! No luck getting around this one but being so cheap it wasn't too bad. From the beginning we found everyone helpful and friendly so we had a great feeling straight away. It is always exciting also to enter a new country. Now we just had to remember to ride on the right hand side of the road.
We headed out of the border town of Huay Xai wanting to head north. Straight away we were struck at how good the roads are here. Our map must be a little out dated as it was marked as a 4x4 track which we found was a sealed road all the way as is much of the country so far. The going was easy and the scenery beautiful, only thing to watch out for is the Chinese! They come here in conveys around the Chinese New Year and drive like they own the road not caring for anybody else on the road and happen to drive at warp speed. That aside you don't see many vehicles on the road.. We went far north to the town of Boten which is another border town, this one to China, I was quite excited by the fact that we had ridden as far North as China, if only making it to the border as the Chinese Government don't like motorcycle riders too much so they make it very difficult and also very expensive to enter. So we just took a couple of happy snaps to commemorate our achievement before moving on. From there we headed back south weaving our way up and down the incredibly beautiful mountains. We found at night that high in the mountains you really find how cold it can get. Makes for great riding weather in the day though. Back down closer to sea level it warms up again and we found this in Luang Prabang where we had bad memories brought back to us with the problem of trying to find accommodation. Either everybody was full or way over priced. Eventually we found a place, cheap and cheerful with a safe place for the bikes for the night. Feeling hot and sweaty the first thing we needed was a cold beer. The local beer, Beer Lao is not too bad a drop and cheap. This town was really busy and even though it is known as a World Heritage City we didn't think much of it. Maybe I have that wrong, the city was fine with large markets and many temples but was over run with tourists. So we stayed just one day and hit the road to where we really feel at home again, especially with how we are greeted by the locals. The kids are the best, they hear your bike coming through the small villages and they seem to appear from all sorts of places and greet you with huge smiles and big waves. The elders of the villages seem to stop what they are doing also and are just happy to see you ride by. Having such an interest taken in you always makes you feel good no matter how bad a day you are having, which is usually only caused by the Chinese drivers of course. 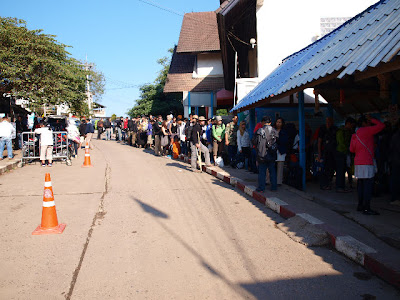 Finally on the barge to Laos (it's just over there!) 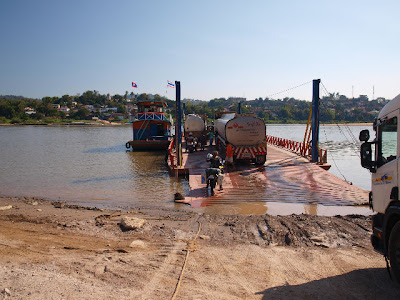 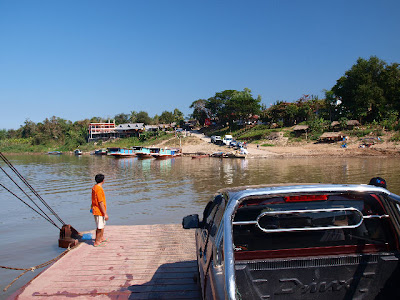 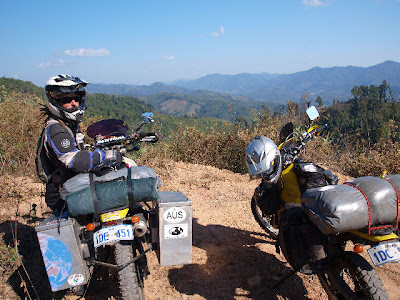 The Chinese border at Boten 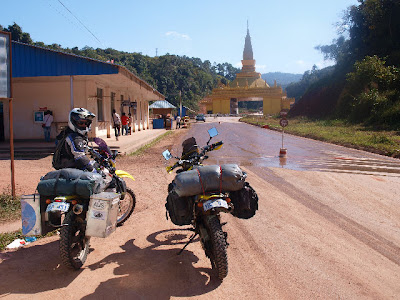 Stopping for a break at a village 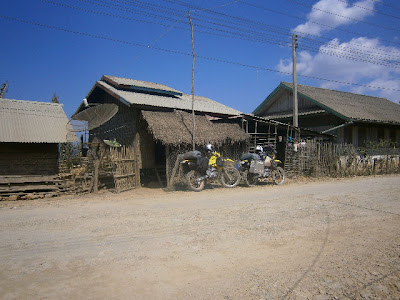 Little bush ride we did 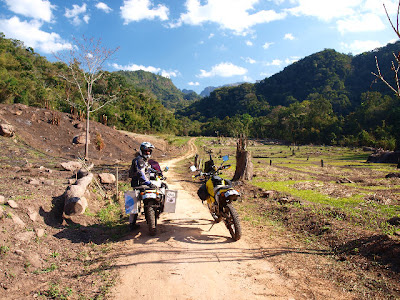 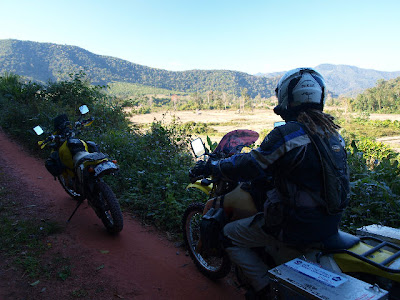 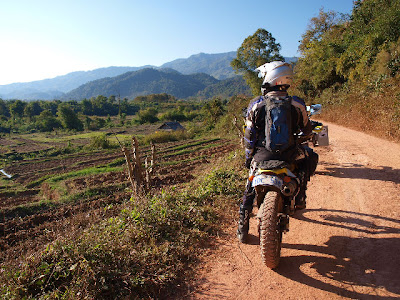 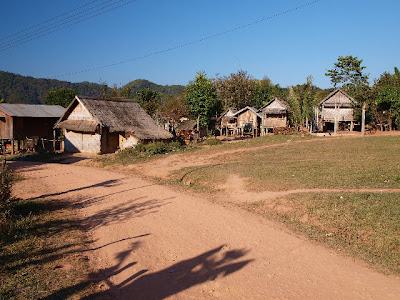 Sometimes the roads aren't so good 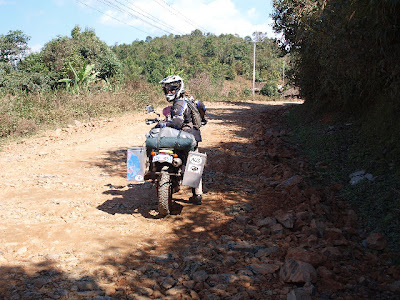 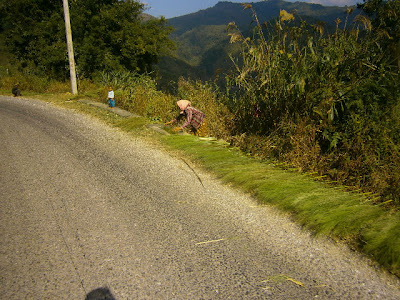 The landscape is stunning 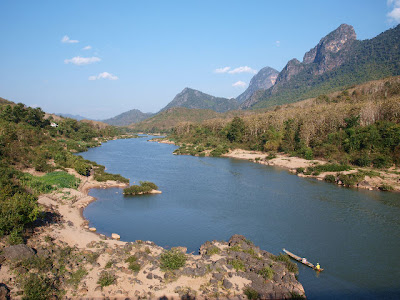 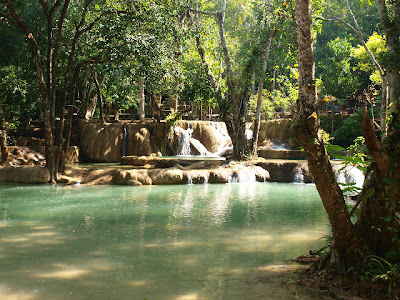 This elephant took a guy for a swim
(and almost drowned him while doing it!) 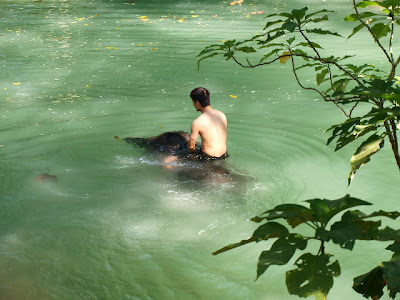