The Golden Triangle was coined to denote a huge opium-producing area spreading across Burma, Laos and Thailand. Apparently the yields here are second only to the ones in Afghanistan. Despite this we never did see any opium fields, maybe because the Thai government has been cracking down on this and most of the production is now in Laos and Burma.
We started off from Chiang Rai and headed North for about 60kms until we reached the Burma border at Mai Sai. We stopped for a few minutes to watch the hustle and bustle and take a photo. Then we had to turn around and get on our way. We then rode to the Golden Triangle which is where Burma, Thailand and Laos meet only divided by the Mekong River. Took a few snaps and ran into an American couple who were on motorbikes bought in Vietnam and touring South-east Asia. The very first thing the girl said was: "Laos sucks!". Well honey, that's your opinion. We have noticed this with a few travellers we have met. Some people are so black and white about places they have visited. They might have one bad experience and that's it - the whole country and its people are bad. Travel is very subjective and a place you hated might be paradise for someone else. On this trip Mark and I have certainly been some places that we were looking forward to leaving (Java - hello!) but that doesn't mean we think the place "sucks" nor will we warn others not to go there.
We are so excited about going to Laos, if we ever get there that is! We are currently in Chiang Khong where the boats depart from and go 5 mins across the river to Houy Xai in Laos. Have been running around all day between the Immigration office and Customs to sort out paperwork and try to get a clear answer from somebody as to when the boat is leaving. With no one speaking barely any English nor being very helpful it is not easy! But we hope to be on the boat tomorrow morning and be riding on Laos roads in the afternoon! 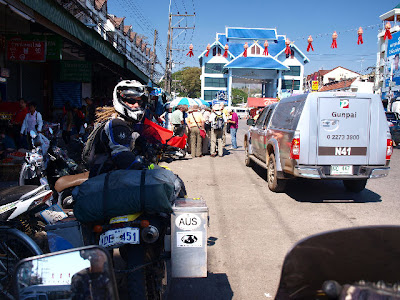 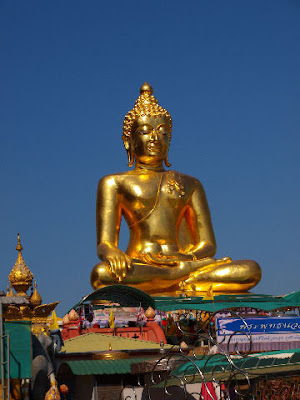 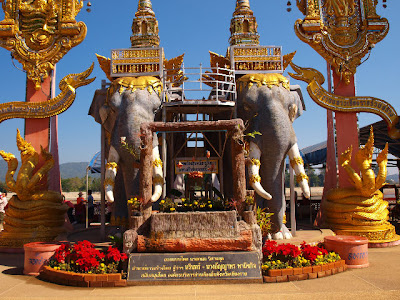 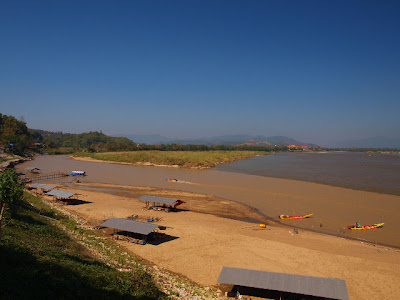 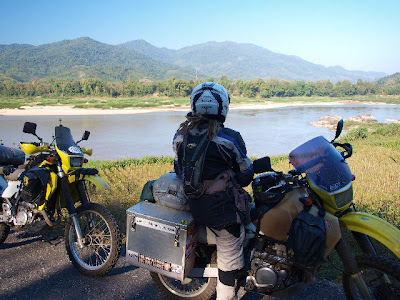 That's Laos right over there! 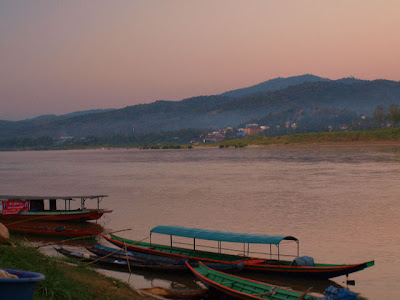 A group of drunk Thai fishermen we ran into and shared some Thai whisky with.
The guy on the left had clearly had his fair share! 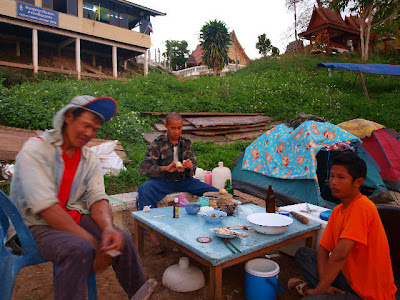 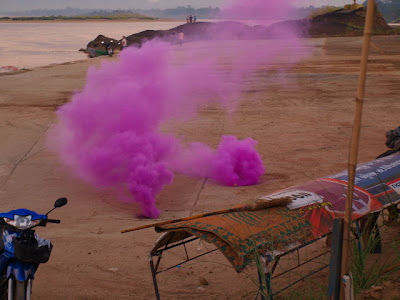 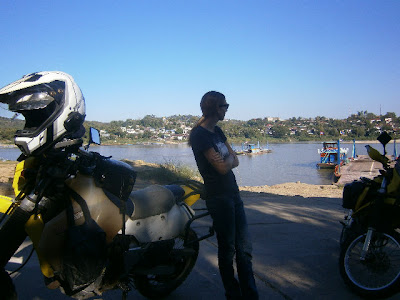